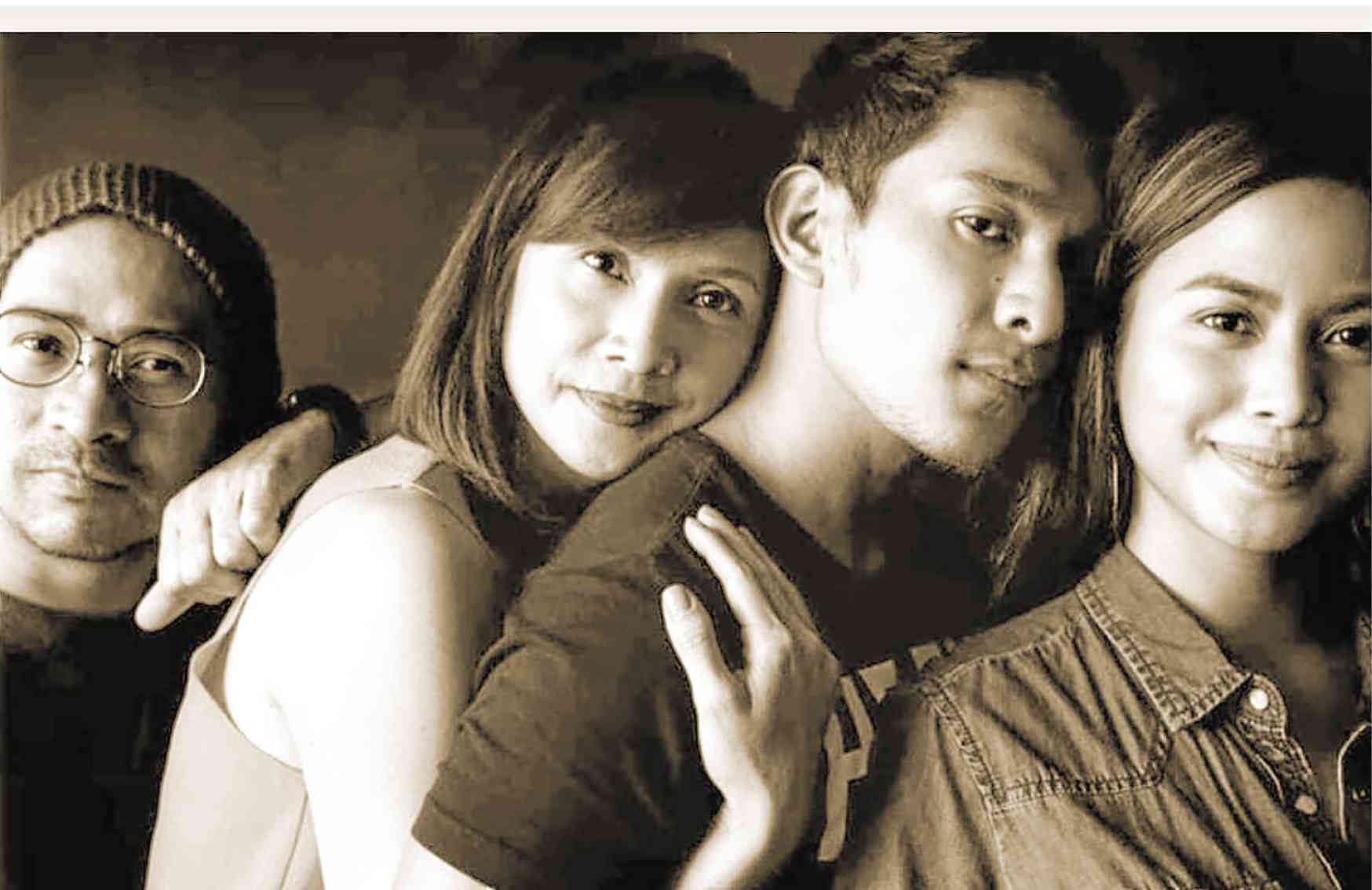 I fell in love with Cinema One Originals’ “Changing Partners” and the songs in its bittersweet soundtrack. The film is an adaptation of a stage musical by Vincent de Jesus. We, at the Cinema Evaluation Board, gave it a grade of A.

Agot Isidro, Anna Luna, Jojit Lorenzo and Sandino Martin blew me away with their impassioned portrayals of dual roles. They made it seem like I was eavesdropping on their private discussions as couples and a silent witness to their lovers’ quarrels.

The film, which opens on Jan. 31, shows the ugly, messy side of love. Heart and hurt almost rhyme. It figures. As one of the lines in the film goes, “This relationship is not Disneyland, where every day is happy.”

“Changing Partners” dissects the intricacies of May-December relationships. As the cliché goes, in love, age doesn’t matter. That’s why the heart has no wrinkles. Love is love, regardless of age. The film also gives an encompassing view of the inner workings of gay, lesbian and heterosexual relationships.

As Valentine’s Day beckons, let the film serve as your pointers for review, whether you’re a beginner, a repeater or a guru in matters of the heart.

What did the film make you realize about relationships?

J: That we cannot just fall in love with love. You have to work on your relationship on a daily basis.

S: That relationships are a commitment. You have to love yourself first before you can make that commitment.

A: That trust is a must in relationships.

What scene and line in the movie could you most relate to?

J: Most of my scenes somehow bring back similar emotions I’ve had from my past. The line from the song, “’Yung Pakiramdam”: “Ang kanyang ngiti/ ’Di mo alam kung ikaw ang dahilan.”

S: When Cris started blaming Alex, and the latter fired back. These lines hit me: “Binigay ko ang anim na taon ng buhay ko sa ’yo?” Then, the other snapped back, “At ako, ’di ako nagbigay?” It shows that the outcome of a relationship is the combined effect of each other’s actions.

A: The bathroom scene after Alex and Cris quarrel, where Alex points out all the good things he gave to Cris. The lines of the song, “Sa Salita Pa Lamang Niya,” made me realize the importance of self-worth.
What do you prefer, being single or in a relationship?

J: In a relationship, because I get to know myself better. I get to test my patience and understanding—being selfless, but not losing your self-worth.

S: It doesn’t matter, as long as I have time for my family. I’m a family guy.

A: In a relationship. I’ve been with my partner for nine years. I like the feeling of never being alone.

What are your thoughts on jealousy and infidelity?

J: It’s the opposite of trust and respect. If those two don’t exist in a relationship, jealousy and infidelity come in.

S: Those are irrelevant if you have trust.

A: Jealousy should not be used as a reason for you to get back at your partner. Being faithful is not a sacrifice. It’s a choice.

In order of importance, what matters to you in a relationship?

S: For me, trust and psychological safety.

A: Love and more love!

What’s more important to you, box-office success or acting awards?

J: Box-office success. We make movies to make an impact. So, if it’s a hit, it means you’ve reached a wider audience and have affected a lot of people.

S: Actors must strive to have a healthy balance of commercial success and awards. One takes care of the economic aspect, and the other is for artistry.

A: Box-office success is the name of the game. It’s important that the message of a film makes an impact to many so our efforts won’t be in vain.