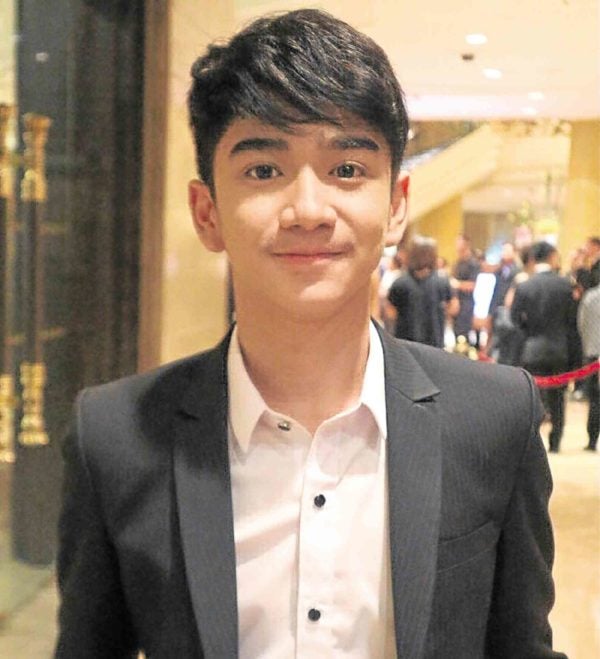 Sometime back, we wrote about child stars who were on the cusp of a new and “tweening” chapter of their careers.

This season, a few of them have already made that key transition, paced by Zaijian Jaranilla, who recently served notice that he was no longer a kid, and was poised to tackle grittier and more challenging roles.

Zaijian’s “transition vehicle” to that effect was a “Maalaala Mo Kaya?” episode in which he portrayed a conflicted youth with a disabled older sibling exacerbating his already turgid tale of woes.

It was an acting assignment that could easily have gone awry and overboard due to the thespic temptation to “push and shove” the already obvious—but the young actor resisted the facile way out, and came up with an admirably felt and focused portrayal.

So, it looks like Zaijian is good and ready for what else will be thought up by his mentors and managers to further challenge and “stretch” him this season.

We hope that the lineup will include a new teleserye and full-length film, to more firmly focus on and showcase his “twinning” set of performing skills.

But, no “love team” route for Zaijian, please. Drama is more his cup of thespic tea, so he should be given scripts and characters that deepen his gifts in this regard.

All set for launching

On the other hand, the love team route is the avenue chosen for another tweening star, Andrea Brillantes, who is being initially paired off with Grae Fernandez.

When she was a child performer, lovely Andrea tended to be shy—but, her new teen-star persona is pushing her to be more vivacious, with-it and thus truly stellar.

The way we see it, Liza Soberano’s own long and sometimes even painful transition has proven to be so successful and effective that the template is also being applied to Andrea’s teen career.

From the cute kid she was, she’s been noticeably styled and packaged into a younger Liza—effervescently lovely and gamine, the gorgeous girl next door for all reasons and seasons, and a potentially versatile performer.

In addition, just as Liza was given Enrique Gil as screen consort, Andrea is being partnered with Grae. It’s much too early to tell if the same casting chemistry and “magic” will work in their case, but we can expect their handlers to give it their best shot.

Finally, we hope that Xyriel Manabat will be given the big build-up treatment as a tweening or teen star, because she was the best child actress of her generation.

Her unique “selling and differentiating” factor as a juvenile performer was her “precocious” approach, uncommonly wise and insightful for one so young.

So, we trust that Xyriel’s upcoming teen portrayals will similarly underscore her signature smart and perceptive projection, perhaps in “quotable” screen comedies or satires that give her enough elbow room to sassily sally off and hit her comedic targets.

But, make no mistake, Xyriel can also go dramatic really well and movingly, so room should also be made for that other strength of hers.

How about romantic shows and films? Only if Xyriel gets to play confident young women who don’t depend on men for approval—or permission!