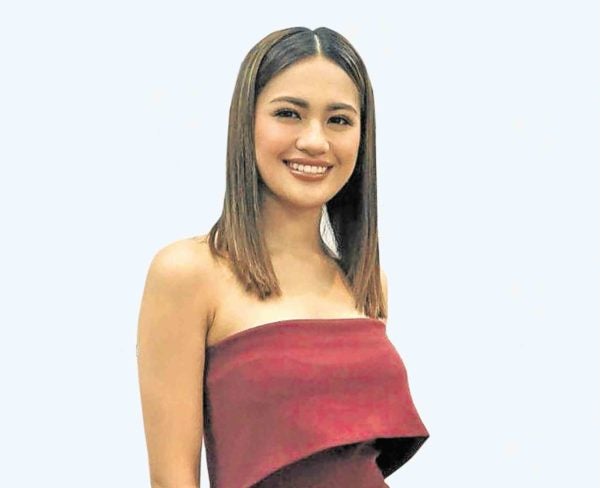 For her coming solo concert, “#Julie,” recording artist Julie Anne San Jose will strip down her music as she tackles matters of the heart—and that may or may not include her own.

“It’s going to be intimate. It will be more mature, especially when it comes to song choices. And as the title suggests, I will show—through music—the different stages of love and tackle relationships and what goes with them,” the 23-year-old singer-actress told reporters at a recent press conference.

“I want to share with my supporters and listeners a piece of me, because I poured my heart into this,” she said.

While she has yet to officially confirm her rumored relationship with Benjamin Alves, whom she has been reportedly dating for the past two years, Julie Anne said the actor is expected to attend the gig.

“It will also be a celebration with the people who have been with me ever since,” Julie Anne said of the concert, which will take place at the Music Museum on Jan. 27.

Is the song reflective of personal tendencies when in a relationship?

“Giving your all to someone is tough. First, you have to love yourself. Only then will you be able to fully love someone,” she said.

But the song doesn’t strictly pertain to romantic love, she added, and could be interpreted as something else. “Maybe it could also mean that your life’s overflowing with blessings, and there’s no more room left.”

“Nothing Left” is the lead track of her new record, which is set to come out this year. The album will include two self-written songs—one of which, she related, is in Filipino.

“It’s a mellow love song but has a similar feel. And I intend to release it as my second single,” Julie Anne said, adding that it’s important for young artists like her to craft their own music.

“By writing your own material, you capture the hearts of your listeners, because the music feels more personal,” pointed out Julie Anne, who signed a contract with Universal Records Philippines late last year. “I can’t wait for my fans to listen to my work.”

According to Julie Anne, she’s always open to acting projects. But for now, it’s music she would love to focus on. “I want to score some hits and, hopefully, do more shows and tours,” she said. “I want to continue writing music and dedicating them to my loved ones.”