It seems like actress Angelica Panganiban has no plans of slowing down when it comes to making hugots about her still-nameless ex-boyfriend. In a YouTube video called “Ask Angelica Season 3 Finale” uploaded on Jan. 24, Panganiban was once again put into the spotlight for a situational question and answer.

In the episode, one question asked was whether a person should fight for an ex that used to be a “great love,” even though this person is already in a relationship. 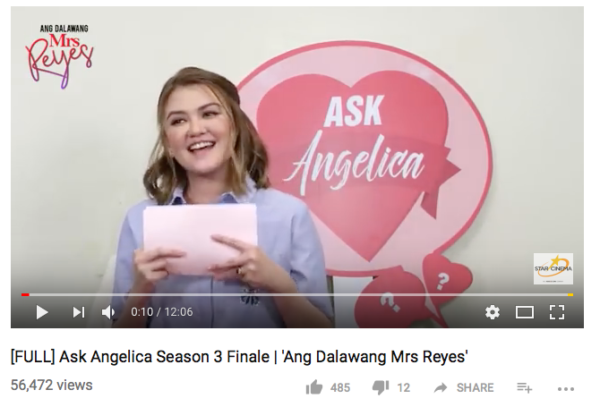 In another question, Panganiban was asked how one could restore their trust in a person who had wronged them in the past. “Never,” Panganiban answered in fits of laughter. “Kasi trust yan eh. Yun nga eh, hindi sila nag-Trust.”

It should be noted that rumors have been circulating that Ellen Adarna, John Lloyd Cruz’s current girlfriend, is pregnant with his child. Although not confirmed by Cruz and Adarna, other personalities such as talent manager Lolit Solis have hinted at the pregnancy and a wedding in the making.

Adarna, on the other hand, seemed to be in good spirits as she uploaded last night a throwback photo of her with Cruz, Panganiban’s ex-boyfriend. 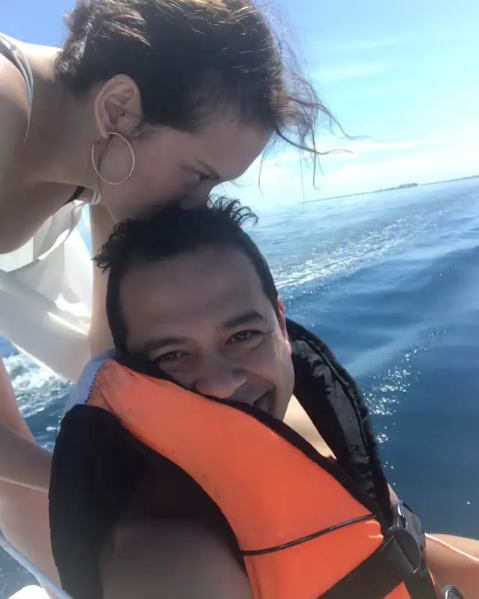 In another post, Adarna shared an Instagram story of her with her friends singing to “Pero Atik Ra” in Bisaya language by singer Jacquelyn Chang. 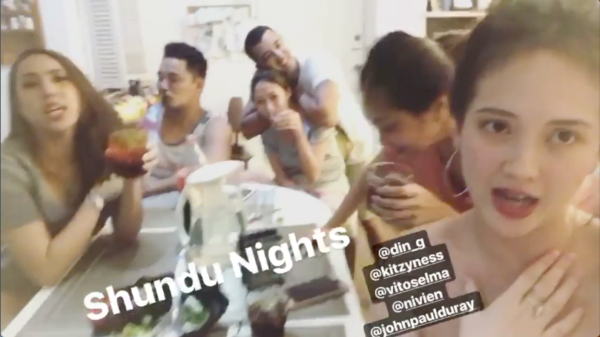 The rest of Panganiban’s “Ask Angelica” episode may be watched through this link: Ask Angelica Season 3 Finale.