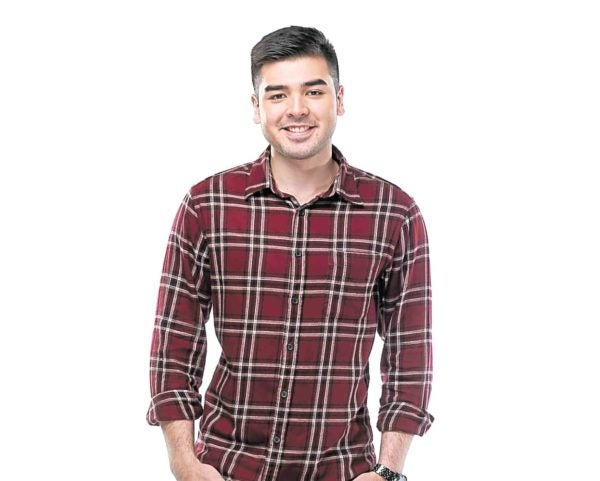 Andre Paras is fully aware that at some point in his life, he would have to choose between acting and basketball. For now, he’s bent on exploring those two possible career paths for as long as he can.

“I’m enjoying the best of both worlds at the moment. I love doing both, but I’m still trying to figure out which of the two I want to get stuck with,” the 22-year-old actor-cager told reporters at a press conference for GMA 7’s coming mystery-fantasy series “Sherlock Jr.”

Aside from “Sherlock Jr.,” which airs weeknights starting Jan. 29, Andre is part of the fantasy series “Sirkus,” and plays ball for the AMA Titans in the PBA Developmental League. Andre related, “What I do may seem easy to most, but it’s not. You stay up late for tapings, then wake up early for training. But, I hope to excel at both endeavors.”

While supportive, Andre’s father, Benjie Paras, doesn’t meddle with his son’s career choices. “He doesn’t force me to choose. He always has my back, as long as I’m happy with what I do,” he said.

But Benjie, who himself juggled basketball and show biz, does give his son some valuable advice if Andre needs it.

Andre related, “I get as much rest as I can, because sometimes, my dad—after watching me on television— would tell me that I looked tired or sleepy. Sometimes, he would tease me that my face looked big or that I had to watch what I eat.”

Needless to say, Andre has no time for romantic relationships. “I can’t let such things distract me—I want to focus on work, for now,” he stressed.

As a prerequisite for being part of the AMA Titans, Andre is currently enrolled in the said school, taking up an online course in English Studies. Getting a diploma is likewise a goal, because he acknowledged that celebrities and players have a limited shelf life.

“Acting isn’t forever. In basketball, you play until you’re in your mid- or late 30s, then you retire. So, I want to have a degree and open my own business as a fallback,” related Andre, who plans to use his current studies as a potential stepping stone into screenwriting or directing in the future.

Is he following in his father’s footsteps? “The latter episodes of ‘The Half Sisters’ were the closest thing I’ve gotten to doing heavy drama,” he recalled. “But apart from that, there’s just this urge to show my fun side. I’m a happy and talkative person. I don’t think I can be as good as my father. I see the similarities—with the awkward, Kenkoy or sablay type of roles I usually play. But, if I’m being compared with my father, that isn’t such a bad thing!”