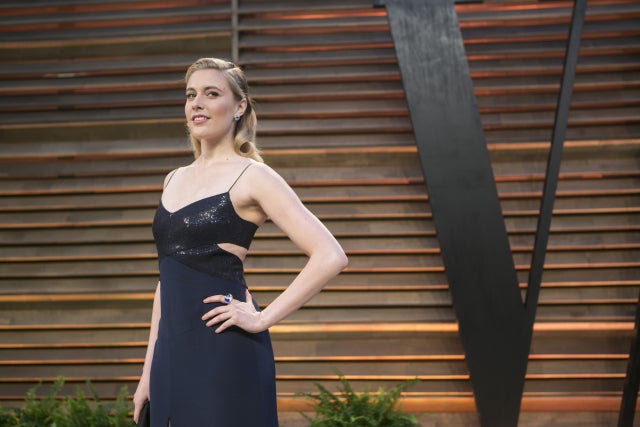 The nominations for the 90th Oscars were announced Tuesday, with “The Shape of Water,” “Dunkirk” and “Three Billboards Outside Ebbing, Missouri” leading the pack.

But the statistical quirks that the annual event throws up can be as intriguing as tracking which movies get the most nods.

Here are some fun facts and figures from this year’s list of nominees:

The 7,000-plus voters of the Academy of Motion Picture Arts and Sciences managed to remember this year that women make movies too.

Greta Gerwig, recognized for “Lady Bird,” is only the fifth female best director nominee, and the first since Kathryn Bigelow won for “The Hurt Locker” in 2010.

Rachel Morrison, the director of photography on “Mudbound,” is the first woman to receive a nomination for cinematography.

Meryl Streep increases her lead as the most nominated performer in history with her 21st nod for Steven Spielberg’s “The Post.”

All hail the maestro

John Williams adds to his record number of music scoring nominations with his 46th for “Star Wars: The Last Jedi.”

His overall total of 51 nominations, including five for original song, is the most for any living person, and second only to Walt Disney at 59.

Basketballer Kobe Bryant, an 18-time NBA all-star, is an Oscar nominee thanks to his collaboration with artist Glen Keane and composer John Williams for the short “Dear Basketball.”

“What?? This is beyond the realm of imagination,” Bryant, 39, tweeted following the announcement.

Among this year’s big snubs were Golden Globes nominees Armie Hammer (“Call Me by Your Name”) and Hong Chau (“Downsizing”), as well as “Wonder Woman,” which didn’t get a single nomination.

“Mudbound” and “The Big Sick” were conspicuously absent from the best picture category, though they received other nominations.

Steven Spielberg (“The Post”) and Martin McDonagh (“Three Billboards”) were both left out of the best director category, despite helming two of the most acclaimed movies of the year.

On the other side of the coin, Denzel Washington picked up a surprise 8th nomination for acting, expanding his own record as the most-nominated black actor in Oscars history. He has won twice, for “Glory” and “Training Day.”

Washington also has a nomination for best picture for “Fences,” which he directed and co-produced. NVG

Kobe Bryant may win yet another trophy—an Oscar