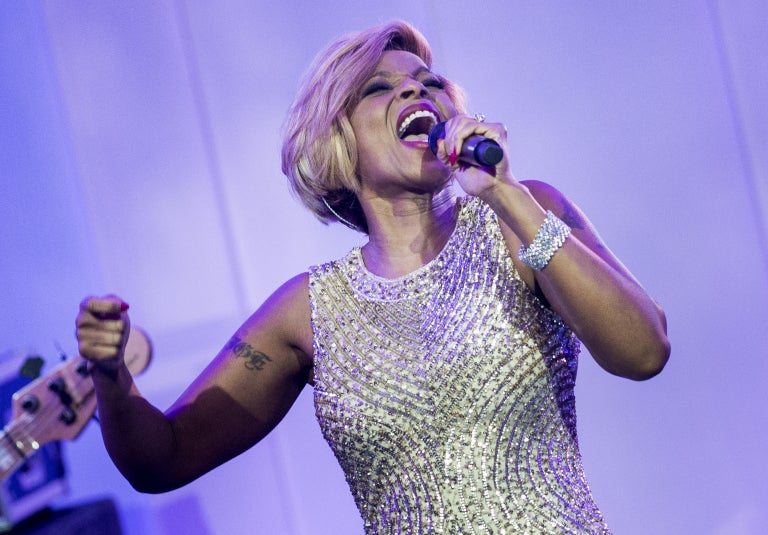 Mary J. Blige and Sufjan Stevens join Oscar elite with their first nominations for Best Original Song ahead of the 90th Academy Awards on March 4, 2018.

R&B star and actress Mary J. Blige collected her first acting and songwriting Oscar nods in one fell swoop as nominations were announced on Jan. 23, 2018.

Likewise, Sufjan Stevens gets his name on an Academy Award nomination ballot for the first time, following the inclusion of his song “The Mystery of Love” in the coming-of-age drama “Call Me by Your Name”.

In total, the two features have four nominations each across all categories, ahead of fellow Original Song contenders “Remember Me” (from Disney Pixar’s “Coco”), “Stand Up for Something” (from “Marshall”) and “This is Me” (from “The Greatest Showman”).

The writers of those last three songs are not just repeat nominees but most are in fact repeat winners.

Kristen Anderson-Lopez and Robert Lopez of “Coco” won in 2014 for “Let it Go”, one of the themes from “Frozen”; Common of “Marshall” track “Stand Up for Something” won in 2015 with a co-writing credit on “Selma” track “Glory” (“Marshall” songwriting partner, veteran composer Dianne Warren, has eight other Oscar nominations), while Justin Paul and Benj Pasek scooped Best Original Song in 2017 with one of two cuts from “La La Land”.

Over in Best Original Score, Radiohead guitarist Jonny Greenwood mingles with the likes of Hans Zimmer and John Williams thanks to his “Phantom Thread” compositions.

Zimmer is recommended for the accolade via the “Dunkirk” score while all-time leading nominee Williams composed for “Star Wars: The Last Jedi”.

Alexandre Desplat converted the most recent of his eight other nominations into an Academy Award with 2014’s “The Grand Budapest Hotel”. He was double-nominated that year with “The Imitation Game” also on the list, while Carter Burwell of “Three Billboards Outside Ebbing, Missouri” returns after the 2016 nominee “Carol”. JB