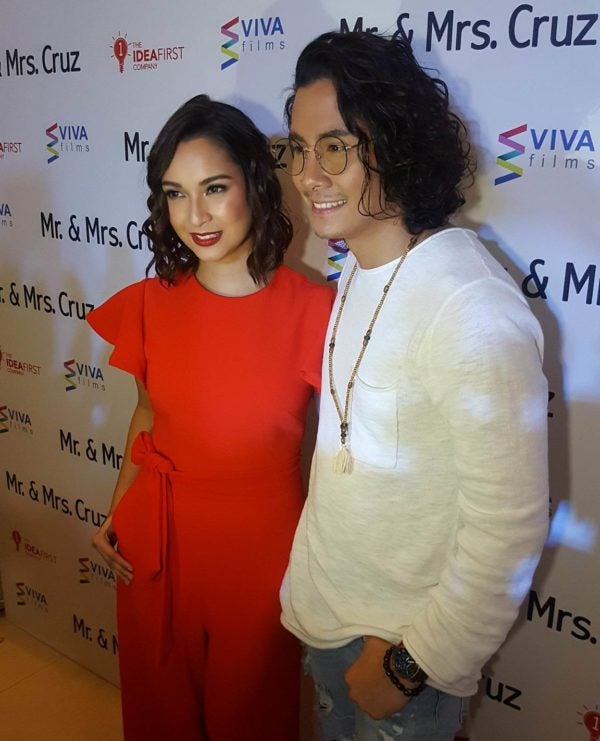 Viva Films and IdeaFirst Company will kick off the new year with a compelling love story that brings the ultimate feels about love, commitment and marriage.

Starring Kapuso actress Ryza Cenon and actor JC Santos, “Mr. & Mrs. Cruz” is a romantic story that’s surely going to make everyone pack that bag and start on a journey in the search of soul and serenity.

Everyone is in for yet another dose of a stirring tale courtesy of no less than blockbuster director Sigrid Andrea Bernardo, the same filmmaker who gave last year’s phenomenal sleeper hit “Kita Kita.”

Surely, “Mr. & Mrs. Cruz” will be another “relate” movie for folks of different generations.

Bernardo points out that the film will emphasize that one thing about love people rarely want to talk about – commitment.

The story revolves around the characters of Raffy and Gela who will go on a vacation and find themselves  enjoying each other’s company.

As they spend time together, their “unconventional” love story eventually begins and flourishes.

However, their dreamy getaway turns into trouble in paradise as their views on love, commitment and marriage clash.

It’s because of this circumstance that Bernardo promises to hit the harsh reality of love with her picturesque masterpiece.

The film was shot entirely in the paradise island of El Nido, Palawan.

Shooting the movie in such remote island was a “literal na buwis-buhay,” as the director describes it.

In one of their shooting days, the team almost got trapped in an exclusive beach where they filmed some scenes.

“We were so chill,” Bernardo said at the grand media launch of the movie last Tuesday, Jan. 9. “We were even singing songs in between shots, not knowing it was super high tide outside the exclusive beach where we shot.”

“Before you could enter the exclusive beach you must first pass by a cave,” she went on. “Our guide told us that we need to leave because the rains are getting stronger and water was quickly rising. Getting out of the cave, we really felt that the water was already high to the point that you need to swim to get out.”