Back where she belongs 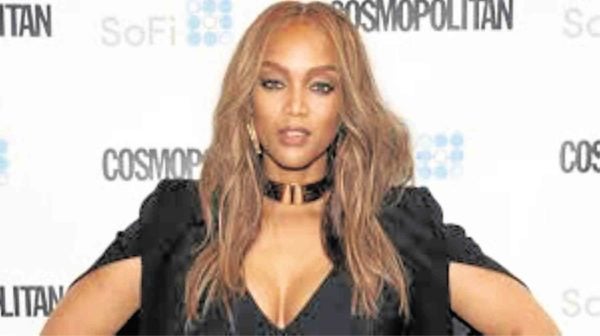 After hosting the “America’s Next Top Model” discovery tilt for over a decade, supermodel Tyra Banks felt that she had nothing more to show and share, so she passed the production’s baton to Rita Ora.

Alas, after only a few weeks and months, the hit show began fumbling and stumbling, despite everyone’s best efforts.

“ANTM” without Tyra simply stopped clicking with “habituated” viewers. So, it was time for some deft and drastic damage control, before the entire hit TV franchise was completely compromised.

The outcome: Tyra has abruptly terminated her “reTyrament” and rejoined the top model discovery tilt, which is now on its 24th season.

Moral of the cautionary show biz story: If it ain’t broke, don’t fix it! And, replacing a program host is much more than just a matter of finding somebody younger and fresher!

In many instances, a program host personifies a hit show, establishing a personal relationship and bond with viewers, who are loath to automatically adjust and accept the new replacement.

That lesson is currently also being learned on another long-running TV show, “America’s Funniest Home Videos,” whose original host, Tom Bergeson, has been replaced by Alfonso Ribeiro.

The new emcee is doing his darnedest to please the program’s viewers by adding more comedy to its mix of entertaining plus factors.

But, just like in the case of “ANTM,” there’s “something” missing—so, more adjustments are clearly in order.

The plot thickens—and “stickens”—even more when an entire show biz trend is tinkered with.

For instance, there recently was a move to “reengender” the popular all-male crime caper film, exemplified by “Ghostbusters,” into an all-female psychic romp.

But, the gung-ho gambit didn’t click with viewers, so producers are having second thoughts.

Will it turn out to be a zaftig sizzler at the box office, or will
it fizzle like the all-female “Ghostbusters” experiment? We’ll soon find out!

Other hit TV-film productions settle the issue by retaining their long-running hosts, but coming up with new enticements for viewers, to sustain and even pump up their interest and avid attention.

Ellen’s best new gambit, in our view, is her occasional series of stellar impersonations or fantasy characters, including her wild takeoff on Kim Kardashian’s imaginary “sister.”

Most recently, she came up with another over-the-hill fantasy persona who—dared to “sing” a duet with Streisand. Loads of freaky fun!