Here are some of the personalities who made sitting through interviews in 2017 such interesting or amusing experiences, or both. 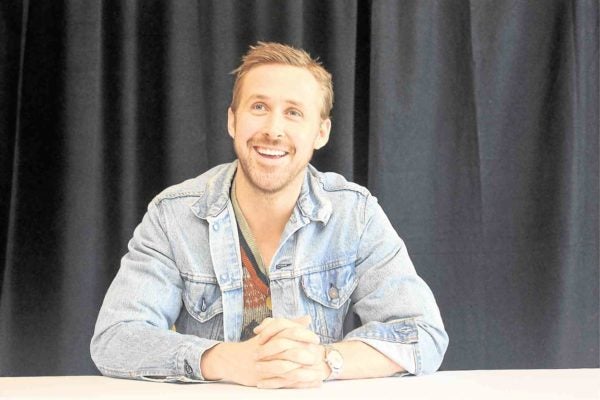 (On his performance in “La La Land” reminding moviegoers of Gene Kelly) Wow. We had the great opportunity to meet Gene Kelly’s widow before we started this film. She showed us a lot of Gene’s personal things. He had every script that he’d ever done leather-bound.

I got to see the leather-bound script of “Singin’ in the Rain.” I went to the scene of the title number. Gene had handwritten on the margin, “Hand umbrella to a passerby as you’re leaving.”

It was inspiring to see that. Because you remember that even though it’s such an iconic film, it started with all those ideas—in this case, Gene just writing little notes on the margins of his script. 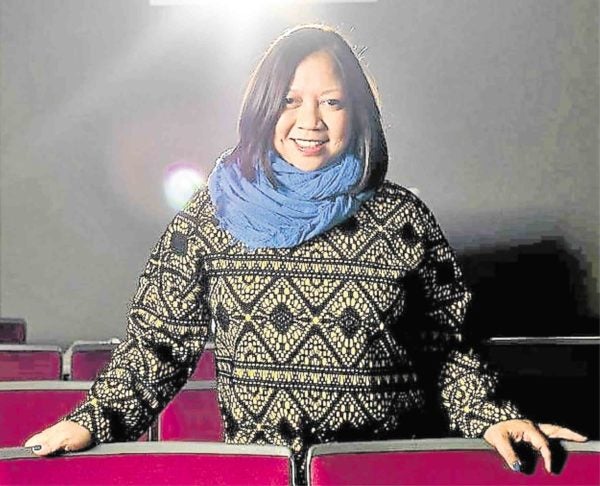 (The Fil-Am director on the patients she filmed at Jose Fabella Memorial Hospital, “the planet’s busiest maternity hospital,” in “Motherland,” nominated for best documentary in the Film Independent Spirit Awards on March 3)

The sense of community among the patients was what struck me. Typically, four mothers and their babies share a communal space—two beds put together.

They’re impoverished women who are caring for more children than they can afford—sometimes without an involved spouse or partner. The less you have, the more you share. It’s almost counterintuitive. And I also think humor is a salve to heal the heartaches, a defense to keep the disappointments and hardships at bay, even for just a short time. Without humor, they’ll lose hope and give in to desperation. 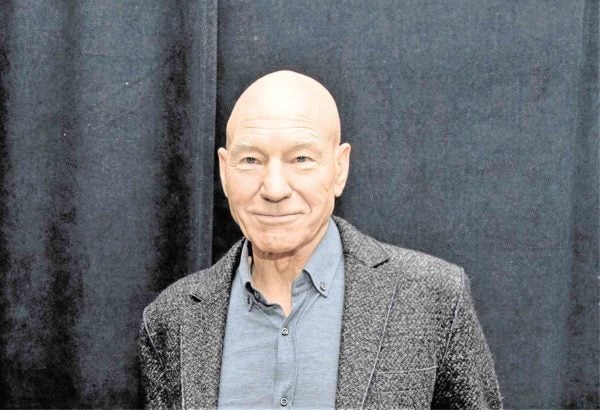 Everyone gets excited one day because we hear that somebody called Sting is going to be joining the cast [of “Dune”] (laughs). I said, “Sting what?” They said, “That’s his name.” One day, we’re sitting side by side. I said to him, “So you’re a musician.” He said, “Oh, yeah.” I said, “That’s great. What do you play?” He said, “Bass.” 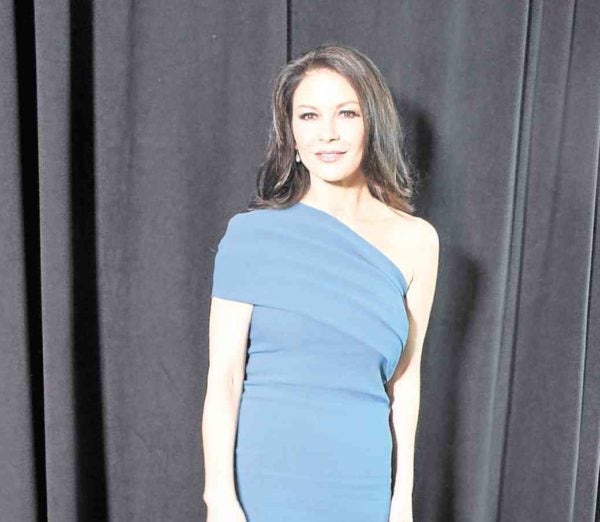 (On how she deals with the spirit of competitiveness in show business) Forget about the business—as a woman, I always feel that there is enough room for all of us. We have to hold each other up.

But as an actress, I wouldn’t be here today if I didn’t have a competitive gene. I wouldn’t have made it. I instill in my children a healthy competitiveness, and that is an attitude. Especially with women, you’ve got to get tough, baby. Get out there. Do it. If they knock you back, you get up and walk straight forward. 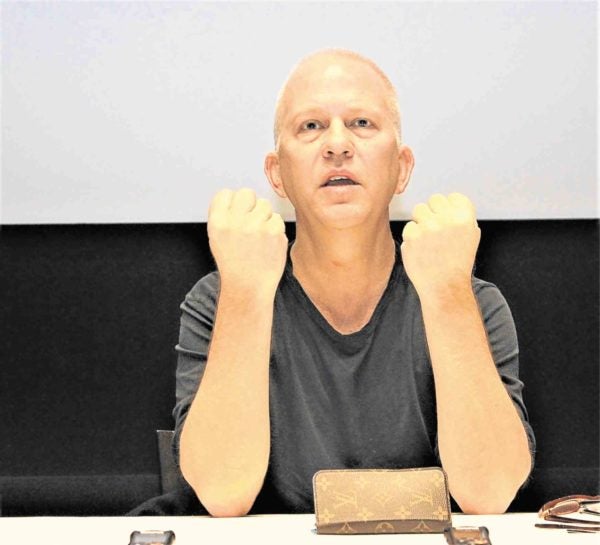 (The director of “Feud” on writing a fan letter to Bette Davis when he was only 10, then eventually meeting the screen icon in person) Bette Davis reminded me so much of my grandmother, who raised me. I only wrote two fan letters in my whole life. One was to Bette and the other was to Horshack (played by Ron Palillo) from “Welcome Back, Kotter.” Horshack did not reply (laughs), but Bette Davis did.

I asked her for an autograph, but I kept writing to her. Then, I became a journalist. I had a syndicated column. I was very young. I was 20 when her lovely assistant Kathryn Sermak said, “Bette Davis has agreed to talk to you. You get 20 minutes.” I flew out to LA on my own dime.

I dressed up. I got her favorite flowers. I was very nervous. She lived in this place called Colonial House. She buzzed me up. I spent four hours with her. She was very lonely. She died, I believe, a couple of weeks later.

So, a lot of the stuff in this show is from talking to Bette that never made it into my original piece. She was full of fire and lonely at the end of her life.

I remember we sat in front of this huge picture that a fan had done of her as Jezebel. We chain-smoked the whole time.

She and her assistant were lovely to me. Bette let me hold her Oscars. One of her Oscars has almost all the gold plate gone. That’s because she would hold it in bed when she watched TV. It was like her pet. 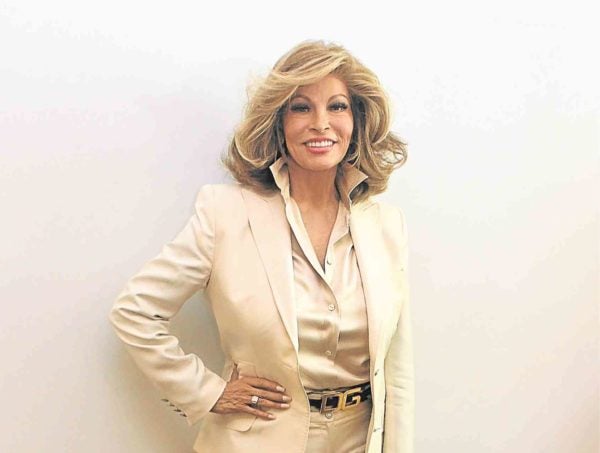 (On being a sex symbol as the women’s liberation movement rose) I started to know that there was this women’s movement going on. I didn’t fit into the mold that they had in mind for women.

I might have been too sexy. I wasn’t their (feminists’) idea. I thought to myself, hello girls, I’m a mother, so you can relate to me. I may be in a skimpy bikini in “One Million Years BC,” but I go home and raise two children. I have a career. I know what it’s like. So, don’t turn your nose up at me (laughs). 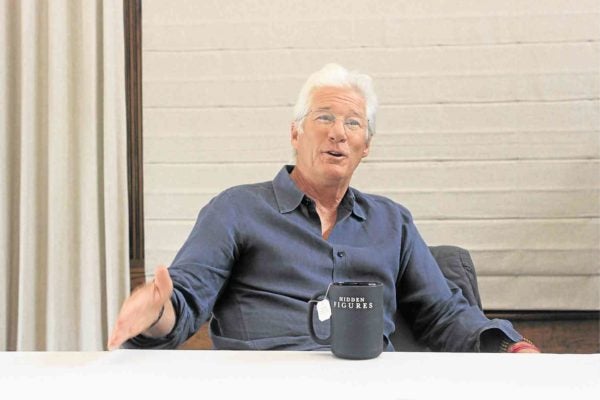 I have regrets when I’ve said or done things that have hurt people. I wish I had not done that. Even in my imagination, I say “I’m sorry” to people even from 60 years ago. And if it comes up in my mind, I’m really, deeply sorry.