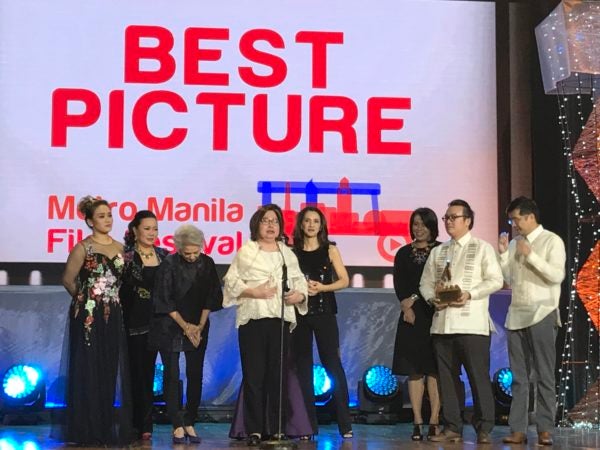 The musical “Ang Larawan,” based on the late National Artist for Literature Nick Joaquin’s three-act stage play “A Portrait of the Artist As A Filipino,” was proclaimed best picture at the 2017 Metro Manila Film Festival Gabi ng Parangal on Wednesday night.

The two-hour film by Loy Arcenas also won the best actress trophy for international theater actress Joanna Ampil for her performance as Candida. This is Ampil’s first film project.

“When I asked my parents what they wanted for Christmas, they said ‘just bring home the trophy,’ and I did!” said Ampil in her acceptance speech during the ceremony held at the Kia Theater in Quezon City.

Ryan Cayabyab bagged the best musical score, while Gino Gonzales brought home the best production design trophy, both for “Ang Larawan.” The film was also the recipient of the Gatpuno Antonio J. Villegas Memorial Award, as well as a Special Jury Prize for Joaquin.

Bagging the trophy for Second Best Picture is Paul Soriano’s “Siargao,” which also won for him the best director honor.

Heralded as Third Best Picture is Dan Villegas’ “All Of You.” It also won the best screenplay honor and gave its lead star Derek Ramsay his second best actor trophy–the first being for “English Only Please” in 2014. Ramsay played opposite Jennylyn Mercado in both film projects.

“Ang Panday,” directed and starred in by Coco Martin, was this year’s recipient of the Fernando Poe Jr. Memorial Award for Excellence. It likewise took home best in visual effects trophy and the Children’s Choice Award. A Special Jury Prize was given to Martin creating the latest film version of “Ang Panday,” which was first released in 1980. 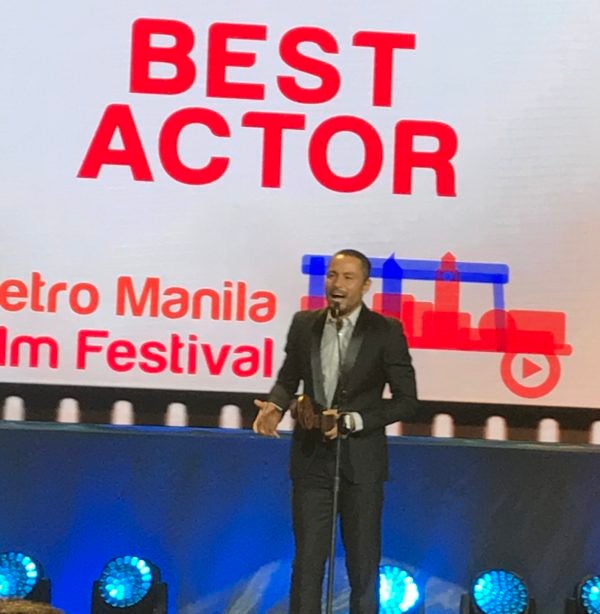 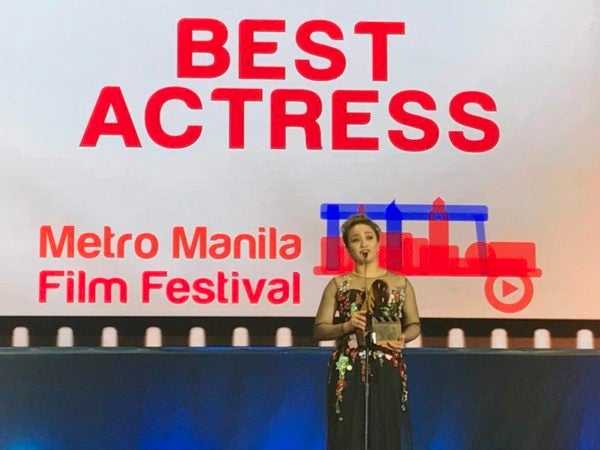