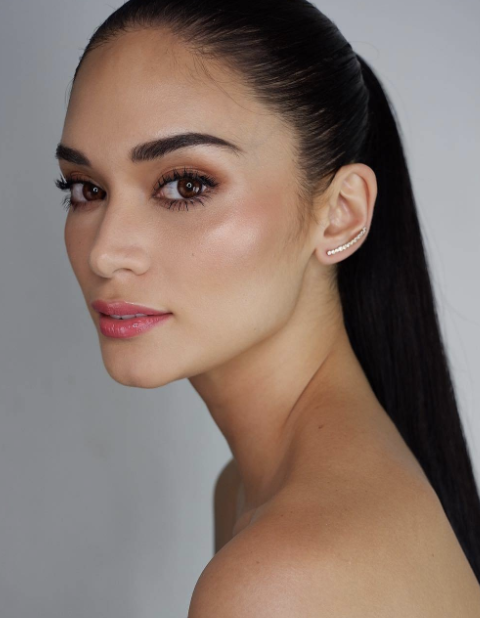 Miss Universe 2015 Pia Wurtzbach addressed the bashing she has been receiving on social media, after she admitted she wants to have a gay child who will take care of her.

She made the revelation during an appearance on “Tonight with Boy Abunda” on Monday, where she elaborated that she would like to experience having a gay child because gay persons have a special way of taking care of people.

“Not to say na hindi ka aalagaan kung straight ‘yung anak mo (this is not to say that you would not be taken care of if your child is straight), but based on my experience, iba mag-alaga ‘yung beki (a gay person has a special way of taking care of you),” she explained during the talk show’s “golden mirror” segment.

Some netizens aired their frustrations about Wurtzbach’s remarks, particularly at how she looked at gay people.

Pia Wurtzbach’s statement regarding having a gay child reveals the truth about how she sees us, gay people.

Someone whose purpose is to make her look beautiful, to do her make up, to be her “bestfriend”.

Damn, what a way to reinforce archaic stereotypes about gay people.

Pia Wurtzbach, what are you doing girlllllll. Hire a stylist, find a best friend. Don’t wish for a gay kid in this country, girly.

I am disappointed with Pia Wurtzbach’s petty reason why she wants to have a gay child.

Wurtzbach immediately took to Twitter to defend herself, saying that she was shocked at how netizens reacted to her comments. She asked people not to misinterpret what she said.

“I have high regard for the LGBT [community]. It was just a fun interview, guys! Meant no disrespect at all,” she added.

The beauty queen then tweeted that she did not mean any malice upon anyone. She apologized for the misunderstanding.

Shocked to see some comments online about what I said at TWBA. 😞😮Please don’t misinterpret what I said. I have high regards for the LGBT. It was just a fun interview, guys! Meant no disrespect at all. Mahal ko kayo! Happy holidays everyone! #GoodVibesLang 😌🙏💕🏳️‍🌈

Namiss interpret lang po. Meant no malice at all. I didnt mean to offend anyone. I’m sorry for the misunderstanding. ❤️

Later, through another tweet, she said she has learned her lesson from what happened: “[A]lways be cautious with what you say!”

Lesson learned: always always be cautious with what you say! ❤️❤️❤️

Upon tweeting her apology, some followers were quick to accept it and move on, realizing the pressure she carries, given her influential status.

Still, others did not excuse Wurtzbach for her actions and expressed their continued disappointment.

One commenter also criticized Wurtzbach’s character in the current Metro Manila Film Fest entry, “Gandarrapiddo: The Revenger Squad”, quoting a line she said in the movie, which “went against things she stands for.”

This was not the first time the beauty queen-turned-actress had been called out by followers in social media. Previously, she declared that she was “pro-life” after she drew flak for her silence concerning the issue of extra-judicial killings of drug suspects, in relation to the government’s war on drugs. JB

Pia Wurtzbach explains why she likes to have a gay child