Matt Damon under fire for comments on Hollywood sexual harassment 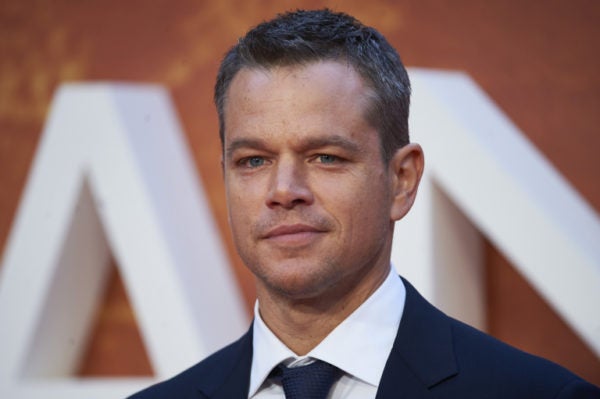 Although he was never accused of sexual misconduct by any of his peers, Hollywood A-lister Matt Damon is facing scrutiny after his recent comments concerning the matter.

The 47-year-old American actor earned the ire of netizens for describing, in an interview with the Business Insider, the harrowing incidents as a “spectrum of behavior,” and saying that “patting someone on the butt” shouldn’t be equated with “rape or child molestation.”

Despite the alarming number of prominent figures who were accused—which started earlier this year with Harvey Weinstein—“The Martian” star noted that most actors do not practice the same mentality.

“We’re in this watershed moment, and it’s great, but I think one thing that’s not being talked about is there are a whole sh**load of guys— the preponderance of men I’ve worked with— who don’t do this kind of thing and whose lives aren’t going to be affected,” he was quoted as saying in the report, while promoting his new film “Downsizing.”

“If I have to sign a sexual-harassment thing, I don’t care, I’ll sign it,” he said. “I would have signed it before. I don’t do that, and most of the people I know don’t do that.”

After a tirade of negative feedback on Twitter regarding his sentiments, an online petition on social networking site Care2 demanded that Damon’s cameo appearance in the upcoming “Ocean’s 8” film be removed.

“Damon’s inclusion (in the movie) would trivialise the serious nature of the charges against sexual abusers like Weinstein—a show of massive disrespect for the brave women speaking out,” the petition reads.

As of writing, the petition has accumulated over 13,000 signatures.  Khristian Ibarrola /ra

Read Next
Famed conductor accused of sexual misconduct
EDITORS' PICK
Geek out at TOYCON 2022 powered by Smart Signature
House energy committee chair Arroyo bats for cheap electricity
UK’s Boris Johnson will resign, BBC reports
High inflation: Your P1 is now worth only 87 centavos
Unemployment rate up to 6% in May
High-risk pregnancy: Reducing your risk is in your hands
MOST READ
Kim Atienza’s daughter flaunts bikini body in response to critics of her ‘revealing photos’
Judy Ann Santos takes break from shooting cooking videos due to price increases: ‘Parang unfair’
FDA probes popular Filipino noodle brand for ‘high level of ethylene oxide’
Japanese artist who created ‘Yu-Gi-Oh!’ found dead in the sea
Don't miss out on the latest news and information.