Larger and larger ripples of topical and raging relevance 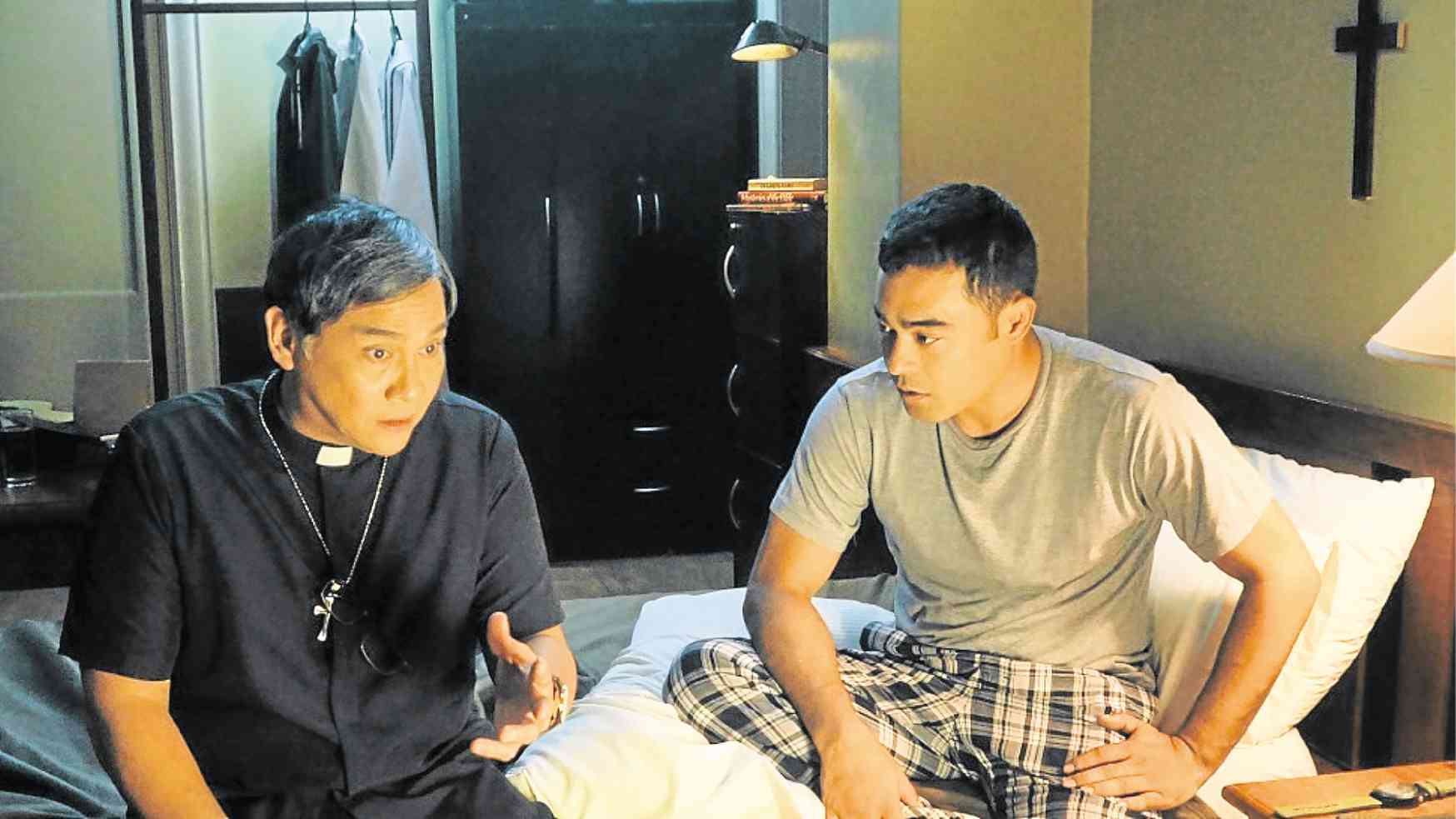 Its variously alternative take on reality was provocatively evident in its choice of criminal investigators—two Jesuit priests (portrayed by Nonie Buencamino and Sid Lucero) who were also forensics experts.

The unusually erudite tone thus unconventionally struck was further bolstered by another character, played by Carla Humphries, who enjoyed bantering in French with Buencamino’s character. And, quite a lot of the movie’s dialogue was attention-callingly in English.

What was the point to all this unexpected and uncharacteristic erudition?

The answer to that proved to be elusive, but it did provide interesting contrast to the central story’s very Pinoy masa context, which involved the serial murder of young boys by a mysterious psycho killer.

As its erudite investigators dug deeper into the case, “Smaller and Smaller Circles” correspondingly made larger and larger ripples of relevance—a mystifying but satisfying turn of events.

It brought in topical issues like pedophilia in the Church, grisly trafficking in human
organs, crimebusters’ corruption or inept inaction, etc.

Later, some of these topical concerns turned out to not be all that definitively conclusive. But, a thematic question that more consistently cropped up involved man’s relationship with a seemingly distant and uncaring God.

The grisliness of the helpless young victims’ murders underscores the seething and remorseless evil in the killer’s bleak and black heart.

What did this say about a Creator who allowed this self-styled executioner to do his vile and wicked worst?

Even as the Jesuit priests tried to divine his intent and identity by performing autopsies on his victims, the bleak beastiness and inhumanity of it all appeared to be an indictment on his Maker.

We appreciate the relevant and provocative questions that Martin’s movie asks, but we wish that it had made the killer and his motives more involvingly clear, earlier in its storytelling.

This does happen later, but too late for us to personally care about his demonic depredations, beyond their “mysterious monster” horrors.

The best portrayals in the film are turned in by Buencamino, and Bembol Roco as the lead investigator who’s sadly coopted by the lesser and more larcenous lights around him,
after he’s felled by a stroke.

While we appreciate their focused and textured thespic feats, however, we wish that they had been matched by similar unction and insight in the portrayal of the killer, after he’s finally unmasked.

Other druthers include fewer red herrings, and more room for Humphries’ character to bloom and deepen.

All told, however, the film’s provocative questions and tentative answers enable venturesome viewers to confront issues that many other films gingerly avoid.

Also bracingly different are the characters that the storytelling invites us to understand and empathize with. A Jesuit priest who also performs autopsies to solve crimes—now, that’s a local movie first!