Los Angeles—Here’s the continuation of our interview with celebrities: 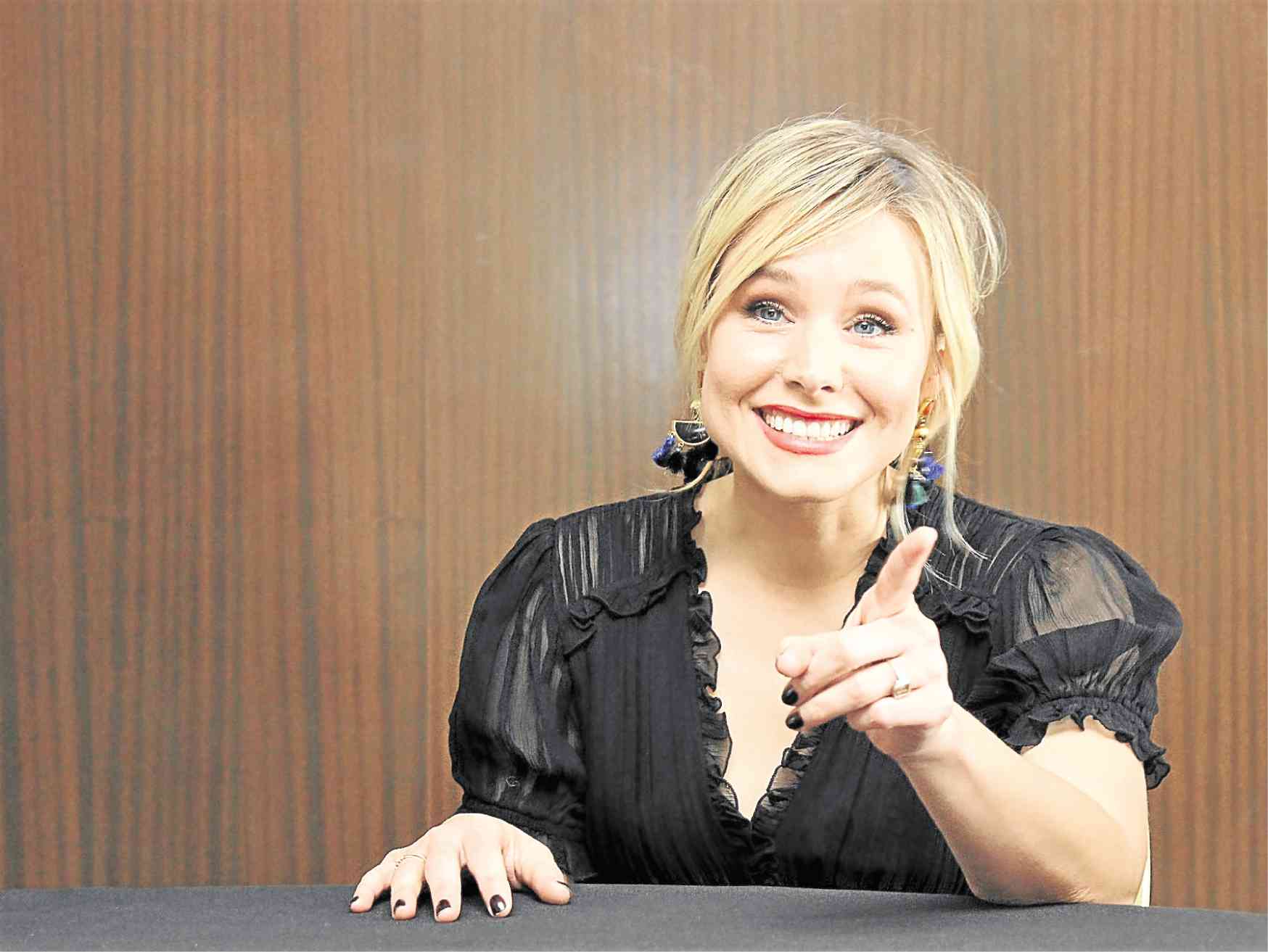 (On whether she and husband, actor Dax Shepard, have Christmas “rules” for their kids—like how many times can “Frozen” play in the house. Kristen voiced Anna in that film.) “Oh my God (laughs), that’s funny. My kids (her daughters with Dax—Lincoln and Delta, born in 2013 and 2014, respectively) they’re into “Frozen” in theory but they don’t desire to watch it.

Our situation is that we don’t buy them much throughout the year because I want them to want. Wanting, desiring and figuring out how to earn something—that drive is really important so the way that we’re hoping to instill that in them is when we’re out at a store. Our kids say, “Oh, I really want that Lego or that doll.” We’ll go, “Oh, great, you could ask for it for your birthday” or “You could ask for it from Santa.” Or, “If you do enough chores, you can also pick a toy.”

We don’t buy them much so that on Christmas, we blow it out so they’ll get 15 new toys. Not 100. Fifteen toys can keep you busy for a long time. I want them to feel like they desire it. Like I haven’t taken them, for example, to Disneyland yet. People are sort of shocked but I want my daughters to ask to go to Disneyland. I don’t want to just like jet-set with them everywhere where they feel like that’s just normal. I want them to go like, “I really want to go to Disneyland.”

At Christmas, it’s simply arts and crafts. There’s nothing specific but we’ll save things throughout the year like a piece of driftwood or a pine cone and then make a lot of homemade ornaments throughout the year. Each Christmas, we’ll make like 10 more. My daughters will dip those things in glitter and then we’ll put them on the tree.

My tree looks a lot like Kiki’s (her character in “A Bad Moms Christmas”) tree. It’s a real kaleidoscope of nonsense but that’s my one rule and tradition—everything is okay, relax, so I’ll give the kids a bunch of construction paper in Christmas colors. They’ll make literal nonsense out of it and I’ll tape it to the walls and that’s okay. It doesn’t have to look like a Pinterest post.

Our one tradition is we have a ton of Christmas decorations because we really like Christmas and we like to blow it out. We like to feel overly festive, like borderline uncomfortable where there are too many Santas staring at you.

My husband’s father was real crotchety about Christmas but ironically, he collected Santa Bears. Each year, Macy’s (stores) have Santa Bears in their windows. You can buy them. They are like collectibles. Since 1974, my father-in-law collected them so we have the biggest collection that we store in our garage. I am not joking about how many Santa Bears we have. I have to vacuum seal them because they can take up the space of like a car.

It’s so much but we inherited them from my father-in-law. We can’t get rid of them so we put them all over the couch which also looks like nonsense, like a stupid old toy store. But it’s just fun because the kids get to sit with the Santa Bears in December. These are huge Santa Bears that have like 1975 written on their foreheads. They are like ETs when the kids sit with them when they watch TV.

Our other tradition is that when we open the presents, we start from the youngest to the oldest. And we just go with the flow. If there are cool Christmas lights in Burbank (California), we’ll drive to Burbank and see it. Our tradition is to just relax and enjoy Christmas. 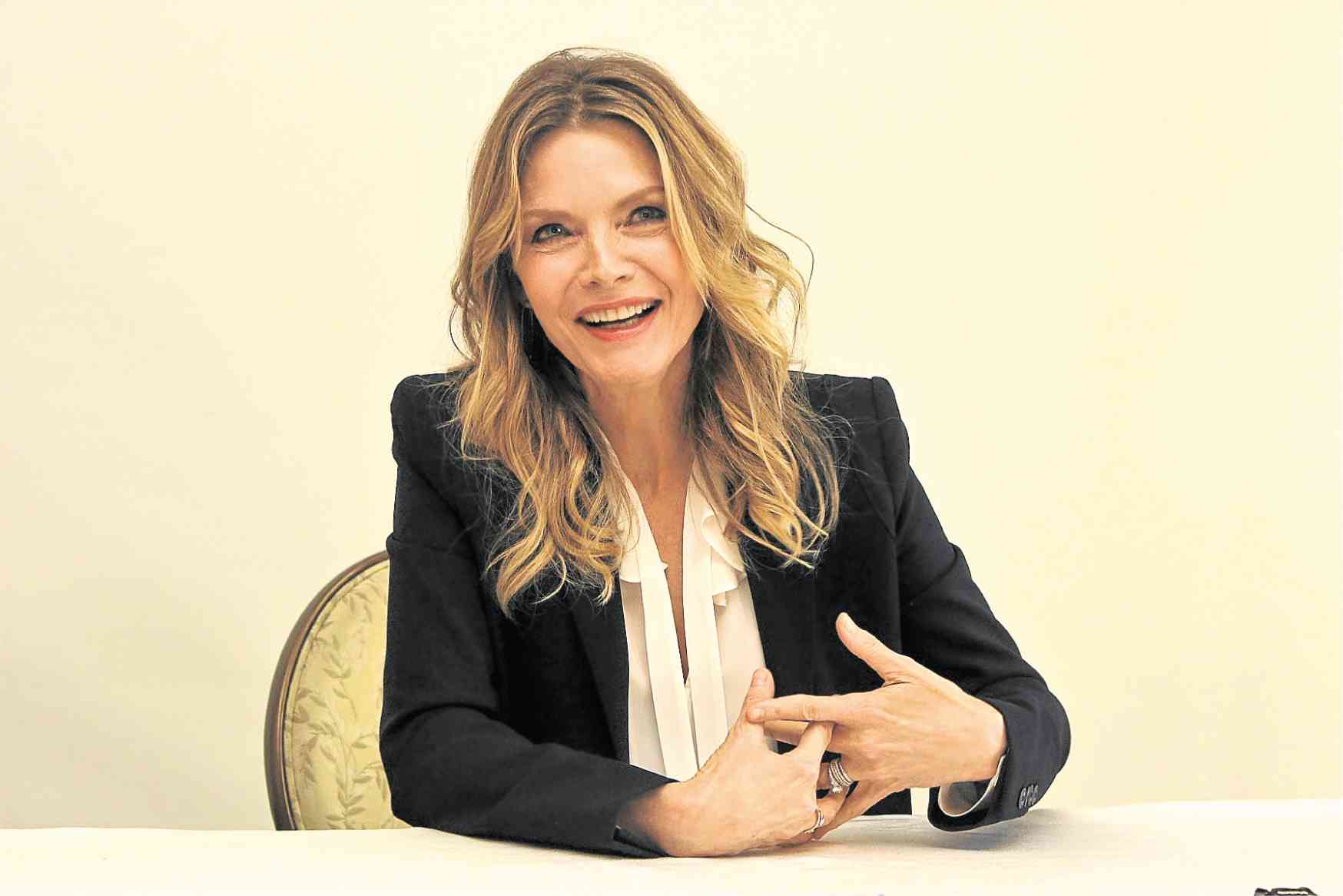 (Would the star of “Murder on the Orient Express” give tickets to that luxury train as a Christmas gift?) That’s a nice gift. It’s not likely that I’m going to give it to someone but that is a really good idea. I’ve given my husband (producer David E. Kelley) some nice trips but only if there’s fishing involved. I don’t think I could get him on the Orient Express train if there weren’t little fishing holes along the way somewhere.

I don’t really set a budget (for Christmas gifts) but I always try not to be too extravagant. But my tendency is to overgive and I really think it can almost border on being vulgar, you know? Every year, I try to rein that in. And every year I say, OK, I’m not going to overdo this Christmas. But I just can’t help myself. My mother did the same thing, though. We did not have the money to be having big Christmases but she did it. 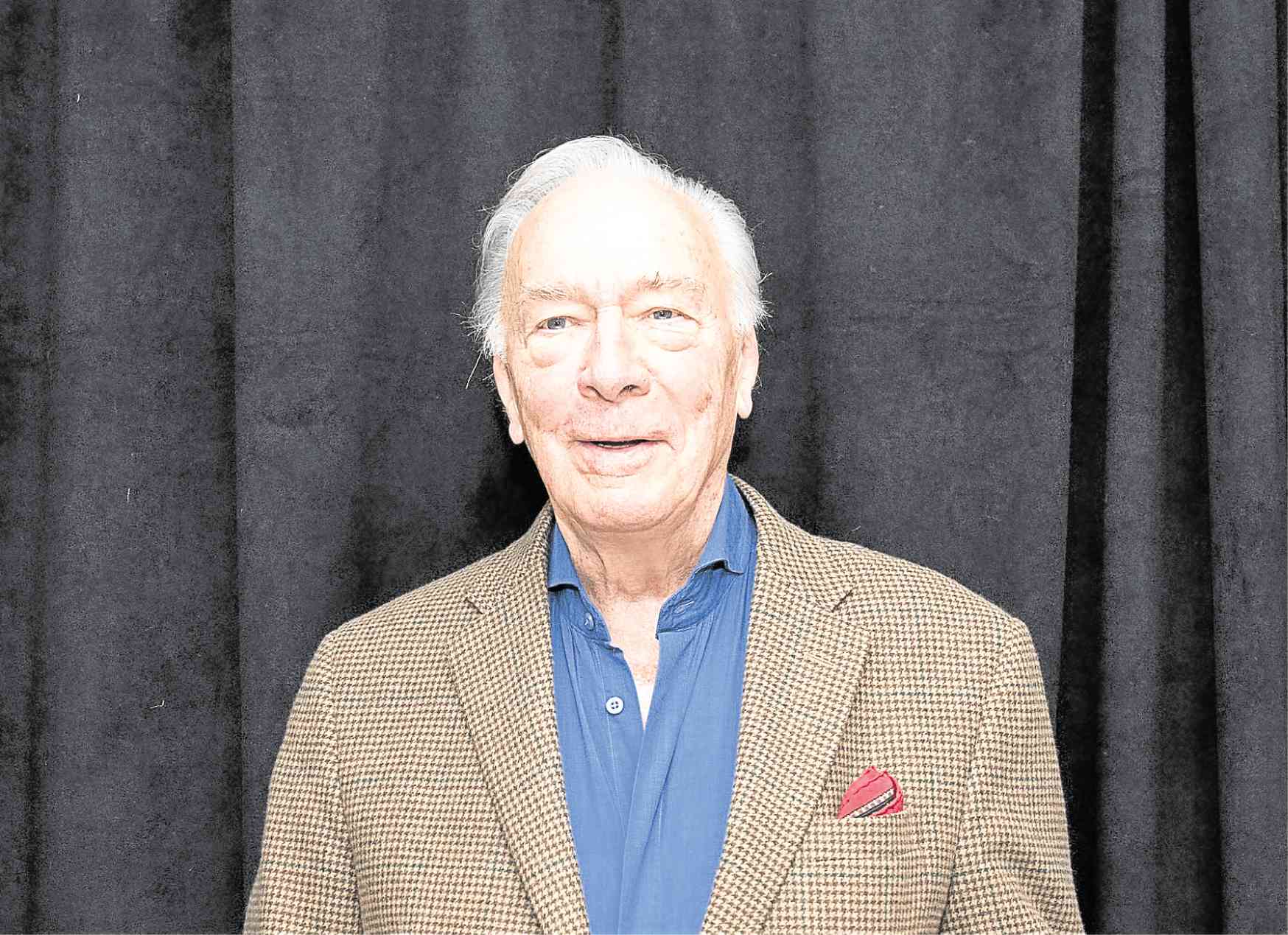 (The star of “All the Money in the World” and “The Man Who Invented Christmas” on his thoughts about, well, Christmas. He plays Scrooge in “The Man Who Invented Christmas.”) “It’s the only holiday that I think I ever remember. I always forget when it’s Thanksgiving or Halloween. But I always remember Christmas because our family had marvelous Christmases. There was so much wonderful food to consume and we broke all the rules. We had more than one Christmas dinner. We had about 20. It went on and on.

We were very greedy people. I love the whole idea of Christmas even when it became so commercial that it didn’t seem to matter anymore. I still love Christmas. The first words that I think of are, of course, “Bah! Humbug!” Naturally (laughs).

(On how his family adorned the Christmas tree way back when) We decorated the tree with little glass balls, just as it was done in the Crown Prince’s day with Prince Albert who brought over the Christmas tree tradition in Queen Victoria’s times. Yes, with real candles in those days. God, they were very dangerous (laughs).

(On his family’s Christmas tree in more recent times) We found the nicest (fake) tree. They make such wonderful fake trees now. They really are. They look real and marvelous. “Real-er” than the actual tree so we have five (fake) trees in the house (laughs). Not this year because I’m a coward now. I go down to Florida for the winters (laughs). It doesn’t seem right to have a Christmas tree in Florida. It doesn’t work at all.