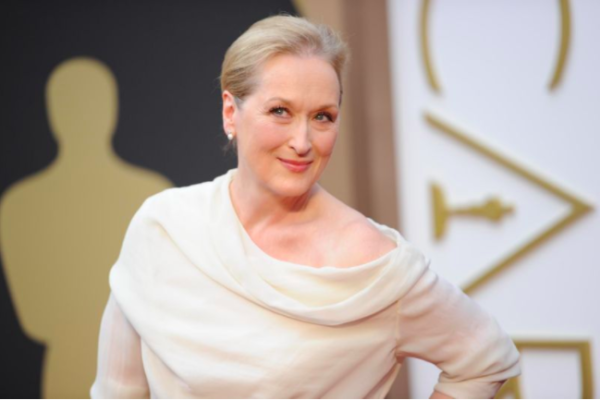 After being called out by Rose McGowan on Twitter for her “silence” on the sexual harassment claims against movie producer Harvey Weinstein, actress Meryl Streep gave a statement to address McGowan.

McGowan earlier slammed Streep and other actresses who plan to wear all-black in the Golden Globe Awards on Jan. 7 to protest gender inequality in Hollywood, coming from a string of sexual harassment allegations against Weinstein.

Issuing a statement through her publicist Leslee Dart sent to The Huffington Post, the three-time Academy Award-winning Streep said that she was hurt to be attacked by McGowan, who called her a hypocrite in a now-deleted tweet.

“Rose assumed and broadcast something untrue about me, and I wanted to let her know the truth. Through friends who know her, I got my home phone number to her the minute I read the headlines. I sat by that phone all day yesterday and this morning, hoping to express both my deep respect for her and others’ bravery in exposing the monsters among us, and my sympathy for the untold, ongoing pain she suffers,” the actress wrote, in acknowledgement of McGowan’s situation.

“I wasn’t deliberately silent. I didn’t know. I don’t tacitly approve of rape. I didn’t know. I don’t like young women being assaulted. I didn’t know this was happening,” Streep stressed. The veteran actress also said that as expected, Weinstein made sure she did not know, because the fallen executive actually needed her more than she needed him, in view of Streep’s already established career at the time when they started working together, which coincided with the time of some of Weinstein’s alleged abuse of aspiring young actresses.

“HW needed us not to know this, because our association with him bought him credibility, an ability to lure young, aspiring women into circumstances where they would be hurt,” Streep said.

She added that upon learning of McGowan’s tweet, she tried to reach out to the actress by waiting on her telephone to express her sympathy and respect for her bravery.

“I am truly sorry she sees me as an adversary, because we are both, together with all the women in our business, standing in defiance of the same implacable foe: a status quo that wants so badly to return to the bad old days, the old ways where women were used, abused and refused entry into the decision-making, top levels of the industry,” she said.

McGowan has not yet responded to Streep’s statement as of this writing, but she has since deleted her tweet against Streep and other actresses slated to go all-black during the Golden Globes. McGowan also apologized for the line in her tweet which said that actresses should all wear Marchesa, the fashion line which Georgina Chapman, Weinstein’s wife, established.

The Marchesa line was beneath me and I’m sorry for that. Seeing that picture of Alyssa Milano with GC has ignited something in me that I can’t quite articulate. There is no map for this road I’m on, I will fuck up. Peace be with you, go with Goddess.

McGowan, acknowledging the difficulty of communicating her sentiments, wrote, “There is no map for this road I’m on.” Katrina Hallare/JB