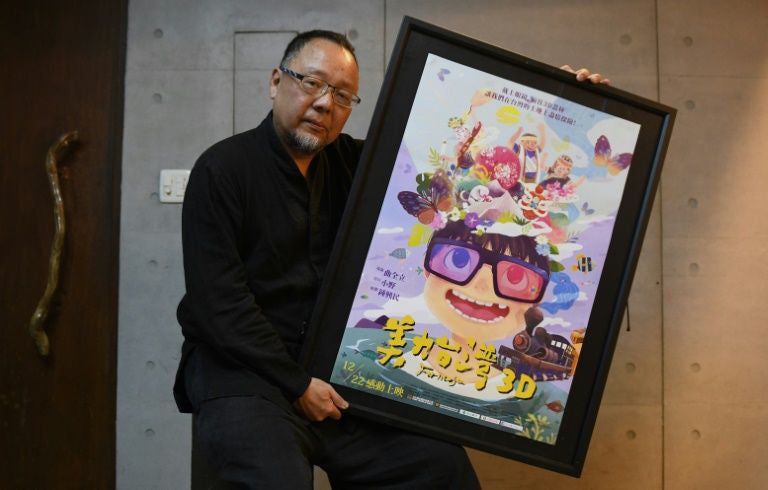 From the migration of purple butterflies to the crafting of bamboo steam baskets, Taiwan’s leading 3D film director has spent a decade painstakingly capturing the island’s beauty.

After a life-threatening tumor left him partially deaf and blind in one eye in 2002, Charlie Chu moved away from making television series and music videos, instead seeking to focus on life’s precious details.

His new 3D movie “Formosa 3D”, out later this month, is a stunning montage of Taiwan’s nature and varied landscapes, as well as portraying traditional trades at risk of dying out.

It comprises footage Chu had collated and archived over a period of 10 years.

Scenes of Taiwan’s misty mountains, the famous 101 skyscraper in the capital Taipei, and rich coral life underwater off the island’s east coast all made the cut in the documentary.

Much of “Formosa 3D” is dedicated to shots of artisans quietly working at their their crafts and narration is scant.

“I don’t make any critique or pass any judgment, I only hope people will watch the film and agree that Taiwan is beautiful,” Chu told AFP.

It is a labor of love for the 50-year-old, who said surviving a brain tumor made him realize life is short and led him to experiment with a new medium.

“No one else was working with it at the time. As a filmmaker, I had all this freedom to imagine and lead the pack,” he said.

He is credited as a pioneer in stereoscopic filmmaking, directing Taiwan’s first 3D feature in 2010, “Clownfish” — a heartwarming love story between a bullied boy and a blind girl.

Chu went on to direct the first 3D concert film by a Chinese-language artist for famous Taiwanese rock band Mayday.

In 2013, he was awarded the international jury prize at the US-based International 3D Society awards for his documentary “3D Taiwan”, which follows a Singaporean woman touring the island.

But despite all his accolades, Chu calls himself a “foolish director who is half-blind and half-deaf”.

He recounts how his team spent three years trying to capture the purple crow butterflies portrayed in the new movie — they can only be seen for a few months each winter in an aboriginal village in southern Taiwan.

The crew struggled with unsynchronized cameras and heavy equipment that had to be lugged on a four-hour hike along a riverbed.

“Who would spend three years doing that? Only a crazy person,” Chu told AFP at his studio in Taipei.

“We were waiting for the sun to come up. Once the first rays hit, tens of thousands of butterflies filled the skies,” he recalled.

“After we wrapped up the shoot, all the men were hugging and crying,” he said.

Since 2014 Chu has also toured Taiwan with a van installed with two 3D televisions, setting up his mobile theater in schools in remote and underprivileged areas.

He says he is encouraged by how the medium expands children’s ambitions and raises their awareness of the environment.

“It enables them to see the world, sparking their dreams and imaginations,” said Chu.

He plans to take the van for another spin with “Formosa 3D” next year.

“Even if I filmed Taiwan over three to five lifetimes of 100 years each, I still wouldn’t be able to capture everything,” Chu said.

“A lot of people overlook the most precious things even if they are right next to them.” AB