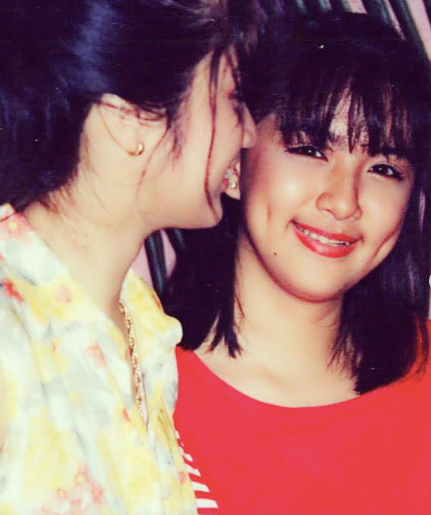 Drama actress Ara Mina recently took a trip down memory lane when she posted photos of her back in her starting years in the phenomenal ’80s star-producing youth-oriented program, “That’s Entertainment.”

Looking very young and innocent, she was just 14 years old when the photos were taken. The actress appreciated seeing a throwback photo of hers as most of her photos, even those she had as a baby, were destroyed by typhoon Ondoy.

She was a member of the Tuesday group.

The “That’s Entertainment” graduates recently got together for a Christmas reunion last Dec. 10, Sunday at Salu restaurant owned by celebrity couple Harlene Bautista and Romnick Sarmenta.

It was a star-studded event that was attended by some of the most sought-after teen stars of the late ’80s including Piolo Pascual, Ian Veneracion, Ara Mina, Ruffa Gutierrez, Vina Morales, Karla Estrada, Keempee De Leon, Jean Garcia, Chuckie Dreyfus, Ana Roces, Ramon Christopher, Tina Paner,and many others.

“That’s Entertainment” lasted for a decade. It first stormed Philippine television on January 6, 1986 and concluded it’s last showtime on May 3, 1996. It was hosted by star producer and mentor German “Kuya Germs” Moreno.

Now, Mina is a mother to her 2-year-old daughter Amanda Gabrielle.