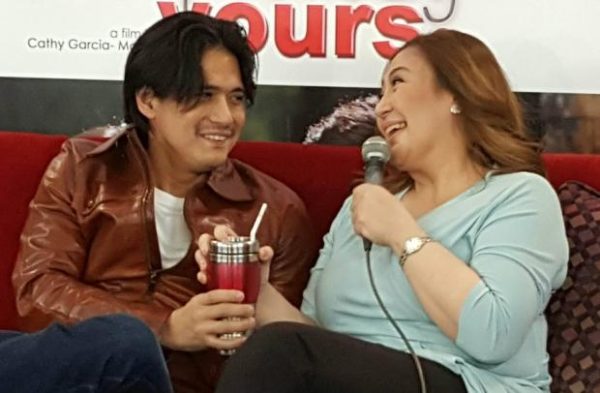 Once upon a time, in their younger years, Megastar Sharon Cuneta and action star Robin Padilla met on a movie set and fell deeply in love.

But unlike a romantic movie bound for a lovely ending, their story just didn’t have a happy ever after.

It was exactly 26 years ago when their 1991 smash hit “Maging Sino Ka Man” stormed the cinemas.

Just like their characters Carding and Monique, they were simply a match made in heaven.

To their fans’ delight, their on-screen team-up immediately turned into into a real-life relationship.

In fact, they fell in love so hard that they almost married each other. But it was only recently that the Megastar felt comfortable enough to talk about why her marriage to Robin just didn’t happen.

What’s more, they didn’t keep the talk of marriage just between themselves.

Robin made the plans formal by asking for Sharon’s hand from her father, the late Pasay City Mayor Pablo Cuneta, and the rest of the family – and it sounded final. 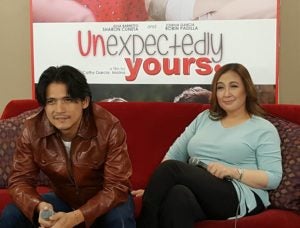 It may have devastated her before, but Sharon now just laughs at the memory of having to back out from marrying her “Maging Sino Ka Man” leading man because someone else was pregnant.

In one moment, Sharon could not contain her laughter as she reminisced their history.

Previously married to her original on-screen partner Gabby Concepcion, Sharon confessed that she thought Robin would be the one to fill the place of her ex-husband.

“We were dead serious about getting married,” she said. “We were very much in love. Parang nahanap ko na eh ‘yung eksakto sa kin. ‘Yun pala hindi. Circumstances, bata pa kasi kami. He’s a couple of years younger than I am. Medyo nag-so-sow pa siya ng wild oats niya. I had to hide from everybody how brokenhearted I was because I really loved him very much.” 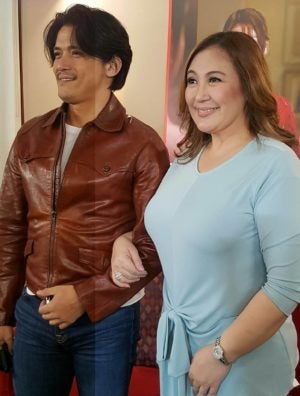 On the flip side, Sharon lifted Robin by attesting that among all the men who told her they loved her, she knew it was Robin who loved her the most. Moreover, the Sharon-Robin story did not end just yet as it still had a few more chapters.

“But I also naman know that, among everybody who said they loved me, Robin really loved me naman to the stars and back. ‘Di lang natuloy because may mga pangyayaring hindi inaasahan,” she said. “Tsaka marami pong chapter ‘yun ah after [laughs]. Hindi naman kami natapos dun. May mga continuation pa din, pero naudlot pa rin. Nakulong pa.”

Of course, both Sharon and Robin did not reveal any names. However, based on the timeline of events, it appears that the pregnant girl Sharon was referring to was Robin’s ex-wife Liezl Sicangco.

In another laugh moment at the end of their thanksgiving digicon, Robin was going through their overseas screenings.

Liezl and her kids lived in Australia during her children’s growing years.

“Unexpectedly Yours” has now broken box-office records for earning P157 million in gross sales as of Dec. 10.

Directed by Cathy Garcia-Molina, the movie is currently showing in cinemas both nationwide and worldwide. /atm

Read Next
‘The Florida Project’, ‘The Shape of Water’, ‘Lady Bird’ emerge as favorites for awards season
EDITORS' PICK
EuroMillions Superdraw: A lottery draw unlike any other is coming to the Philippines
Smart releases Hyun Bin’s second TVC
Water remains our saving grace right now
‘Justice will be done,’ Duterte assures as he vowed probe on Jolo incident to bare ‘truth’
DOLE: Return of OFWs’ remains from Saudi to be ‘delayed,’ deadline moved to ‘early next week’
Current dominant strain of COVID-19 more infectious than original—study
MOST READ
BREAKING: Duterte signs anti-terror bill into law
Locsin warns of ‘severest response’ if China’s army drills in SCS ‘spill over’ to PH domain
Duterte tells military: No other president looked at you the way I did
‘Very timely, historic’: Senators laud passage of anti-terror bill despite ‘pressures’
Follow @CAbanillaINQ on Twitter
Don't miss out on the latest news and information.