‘The Florida Project’, ‘The Shape of Water’, ‘Lady Bird’ emerge as favorites for awards season 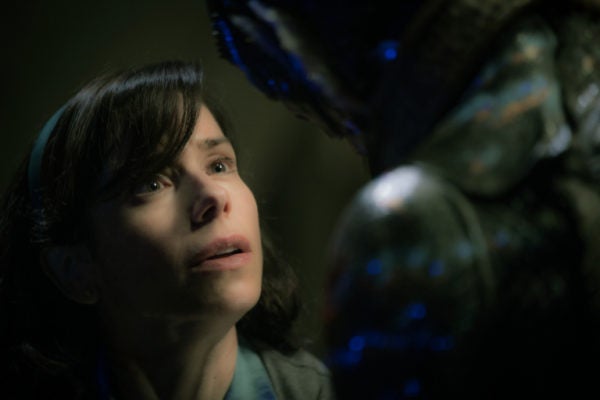 The build-up to the Oscars has been taking shape in recent days with award announcements from various American film critics’ circles, revealing their best films of the year. “The Florida Project”, “Lady Bird”, “Get Out”, “The Shape of Water”, “Call Me by Your Name” and “Phantom Thread” are currently among the favorites.

In 2016, three key contenders for the Academy Award stood out clearly from the rest: “Moonlight”, “La La Land” and “Manchester by the Sea”. This year’s frontrunners are less clear-cut, with more contenders still in the field as the Oscars approach.

No director stands out as a unanimous favorite this year either. Paul Thomas Anderson is much prized for “Phantom Thread” but so is Guillermo del Toro for “The Shape of Water”.

However, there’s more consensus when it comes to acting. Sally Hawkins leads the way for her portrayal of a mute woman in “The Shape of Water”, followed by Australian actress Margot Robbie who plays figure skater Tonya Harding in the biopic “I, Tonya”. Saoirse Ronan is also proving popular for her performance in “Lady Bird”, along with co-star Laurie Metcalf who gains unanimous acclaim.

For male actors, Willem Dafoe is a hot favorite for his supporting role in “The Florida Project”, after being hailed by all of the critics’ circles. However, everything is still up in the air for in the lead actor category. Rising star Timothée Chalamet is one of the names coming up regularly, as well as, to a lesser extent, Daniel Kaluuya for “Get Out” and Gary Oldman for his portrayal of Winston Churchill in “Darkest Hour”.

In the foreign-language category, French movie “BPM (Beats Per Minute)” was the San Francisco Film Critics Circle’s winner. In fact, the French Oscar contender scooped its third prize in recent days after wins from the New York and Los Angeles circles. Best European Film of 2017, “The Square” won in Boston, although the Boston Online Film Critics Association picked “First They Killed My Father”, directed by Angelina Jolie. The best foreign-language movie for the New York New York Critics Circle was “In the Fade” by German filmmaker Fatih Akin. JB