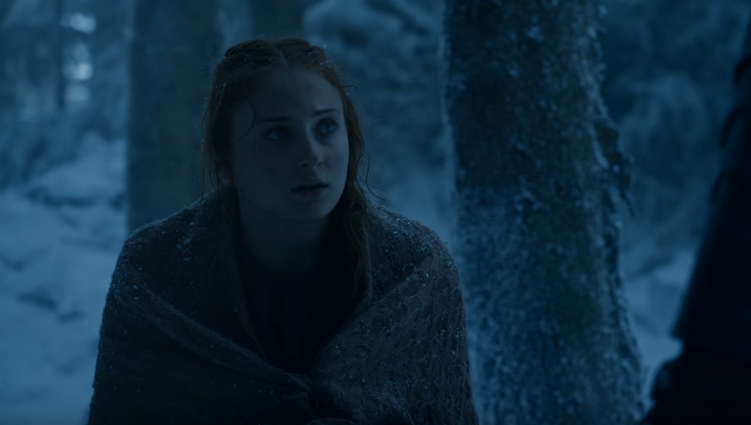 HBO’s “Game of Thrones” has certainly been one epic whirlwind of adventure for both its beloved characters and devoted fans.

Through seven seasons, the show featured stunning character development for some of its stars, perhaps none more so than the current “Lady of Winterfell,” Sansa Stark.

Played to life by Sophie Turner, the once naive little girl has endured her fair share of torment over the course of the show and has now reclaimed what’s rightfully hers by right.

Speaking to Variety, the 21-year-old recently engaged English actress teased what’s ahead for her character, in the show’s final six episodes.

“It’s going to be tricky for [Sansa], because at the end of last season, she felt that she had everything set up. She had her family back together. They were in control of the North again,” Turner shared.

“This season, there’s a new threat, and all of a sudden she finds herself somewhat back in the deep end… This season is more a passionate fight for her than a political, manipulative kind of fight.”

Turner, who’s also set to reprise her role “Jean Grey” in the upcoming “X:Men: Dark Phoenix,” also confirmed that the eighth and final season will indeed come out in 2019.

“I’m really excited,” she said. “Game of Thrones comes out in 2019. Dark Phoenix is in November. Then I have a couple indie movies coming out. I’m a producer on my next movie [“Girl Who Fell From the Sky”]. So I’m really excited about the future.”  Khristian Ibarrola /ra