Tyrese denies starting feud with ‘The Rock,’ says he got offered spinoff first 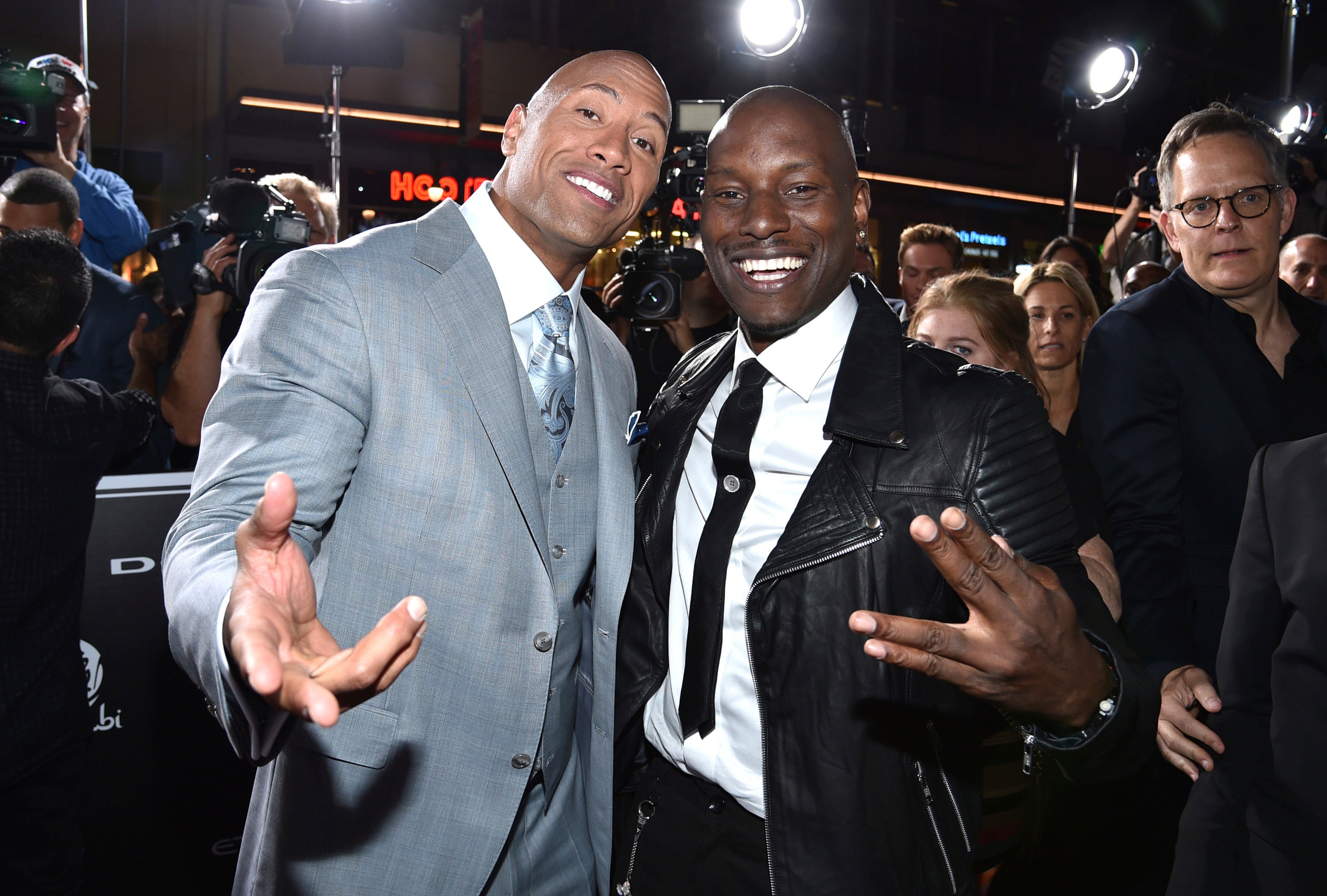 In this April 1, 2015, file photo, Dwayne Johnson, left, and Tyrese Gibson arrive at the premiere of “Furious 7” at the TCL Chinese Theater IMAX in Los Angeles. Tyrese posted on Instagram Thursday, Oct. 5, 2017, that Johnson was a “clown” for agreeing to star in a spinoff film in the “Fast & Furious” franchise.  Photo by John Shearer/Invision/AP, File

Over the past few months, Tyrese Gibson unloaded social media tirades against his “Fast and Furious” co-star Dwayne “The Rock” Johnson for delaying production of the film’s ninth instalment in favor of a spinoff.

The matter has reached its boiling point last month, when the 38-year-old actor and singer said he would no longer be a part of the car-wars saga if Johnson continued to do so.

In a recent guesting on the “The Rickey Smiley Morning Show,” Gibson clarified that he never intended to take his frustrations with Johnson to go public.

“I want y’all to know that all of the beefin’ with The Rock [Dwayne Johnson] was literally an issue that I tried to keep off the record, [he] never hit me back, because I was trying my best to influence this dude,” he explained.

“Listen, I don’t wake up every day trying to figure out how to be more famous. Dwayne [Johnson], Vin Diesel, Will Smith, they’re all bona fide movie stars that probably turn down thirty, forty movies a year. That’s not my story.”

In an earlier Instagram post, Gibson said he was offered to do a spinoff based on his sweet-talking character “Roman Pearce,” but declined to do so.

“And people don’t know this, but me and Ludacris got offered a spin-off first,” Tyrese added.

“I turned it down, Ludacris wanted to do it. I said, ‘Dog, listen, we cannot take 16 years of a multi-ethnic cast and a movie on the scale of a Fast and the Furious and decide to make a selfish move and make the franchise about us.’ But, I just want y’all to know that I had greater expectations of [The Rock] on an integrity level because dude, I’ve been doing this for fifteen years, you just got here.”  Khristian Ibarrola /ra