Vic Sotto on Maine Mendoza: You have my full support | Inquirer Entertainment

Vic Sotto on Maine Mendoza: You have my full support 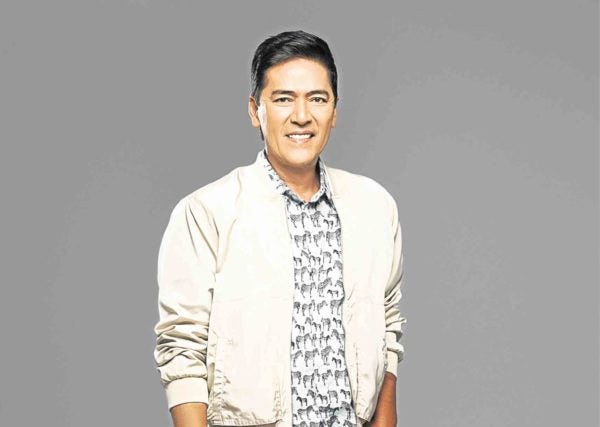 Though he’s “not privy” to the career and personal issues his “Eat Bulaga!” cohost Maine Mendoza is currently going through, Vic Sotto assured that the young star has his full support.

“Whatever it is that you’re feeling or dealing with—suportado kita. I’m trying to understand,” he said of Maine, who’s allegedly taking a break from work, after unloading her pent-up emotions and frustrations in an open letter in which she admitted—among other things—that the possessiveness of some of her fans makes her “feel like I live in a box.”

“I have been in the business for so many years. And I believe that if you love what you do, you will pull through, no matter what’s dealt to you,” Vic told reporters at a press conference for the drama-comedy flick “Meant to Beh,” one of the entries in this year’s Metro Manila Film Festival (MMFF), which will kick off on Dec. 25.

“I respect her decision; I can’t judge,” added the seasoned actor and television host, who agreed that some fans could go overboard, especially on social media. “That’s the nature of it. We have irresponsible users. But I guess if you’re in it, that’s something you have to expect.”

Vic also belied rumors that Maine was suspended by the “Bulaga!” management. And on speculations that the recent turn of events could spell the end of AlDub—Maine and Alden Richards’ love team—Vic stressed: “They’re there forever. Wala nang makakabuwag diyan. AlDub is AlDub.”

Meanwhile, Vic related that the coming Christmas would be “more meaningful,” with the birth of Baby Talitha, his first child with wife Pauleen Luna.

“It feels good to have a new member of the family. There’s more of us now!” he said.

Paulina, his next youngest child, is now 26 and already married. So, having a newborn, Vic said, somehow makes him feel “like a new father.”

“My grandchildren are amused by the fact that they have an aunt who’s still a baby,” he said, laughing. “They call her Tita Talitha, or Tita Tali.”

Pauleen, on the other hand, is “very hands-on” with Talitha, who will be baptized on Dec. 10.

“It’s really her dream to be a mother. So I’m happy and proud of her,” he said.

Does he get to change her daughter’s diapers? “Well, it’s not that difficult to change diapers these days—you just tape it on. Hindi na uso lampin. But mostly, I do just the buying of diapers!” Vic jested, drawing laughter.

Aside from having a new baby, he’s also thrilled about his return to the MMFF, after missing it last year.

Directed by Chris Martinez, “Meant to Beh” tells the story of Antonio (Vic) and Andrea (Dawn Zulueta) Balatbat—a couple who attempts to raise a perfect family, despite the fact that they were only set up by their respective families.

Soon, they realize that they never truly loved each other, leaving their three kids—played by Baeby Baste, JC Santos and Gabbi Garcia—hanging.

“It’s a serious story presented in a funny way. We try to show family problems in a way that could be understood by young people. There’s no fantasy or special effects here…So it’s something new for me,” pointed out Vic, who insisted that topping the box-office rankings isn’t in his mind.

“I’m just hoping that the festival becomes successful as a whole; that all the people watch all the movies,” he said.