With ‘On Air,’ Rolling Stones look to past radio recordings 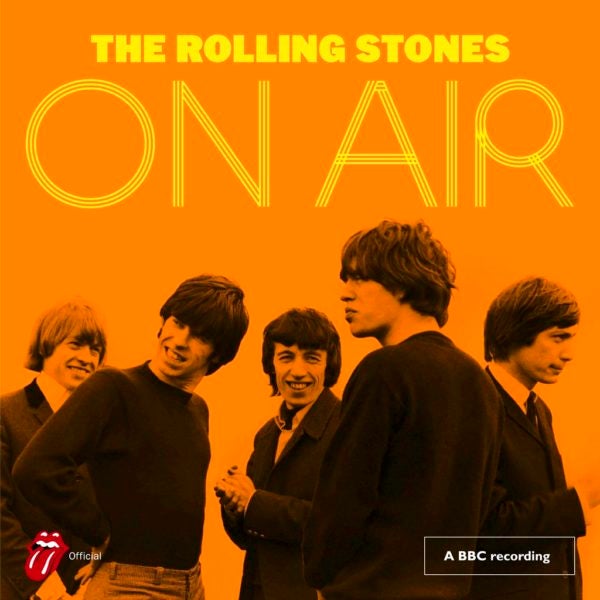 This cover image released by Interscope shows “On Air,” by The Rolling Stones. (Interscope via AP)

The Rolling Stones have released an album of rarely heard radio recordings, but Keith Richards admits with a laugh: “I barely remember some of them.”

“The Rolling Stones — On Air” was released last week. It features 32 songs that originally aired between 1963 and 1965 on BBC shows like “Saturday Club,” ”Top Gear” and “The Joe Loss Pop Show.”

“It was weird time to record in London in 1963, ’64. Both the Beatles and us used to look at each other and say, ‘What are you doing tomorrow? We’ll, we’re doing the Joss Loss show on BBC Radio’ and we all shivered because no one knew how to record these things,” Richards said.

“To me, they’re incredible pieces of history.”

Eight of the songs were never recorded or released commercially. Richards said he remembers the hysteria at the time.

“It was so frantic. Everything was frantic. The schedule was frantic. The fans were particularly frantic. This was the teeny-bopper time,” he recalled. “It was overwhelming … At 19 years old, it’s all a bit of a blur, but a very pleasant one I have to say.”

“On Air” features well-known Stones songs such as “(I Can’t Get No) Satisfaction” as well as Chuck Berry covers, including “Roll Over Beethoven,” ”Memphis, Tennessee,” ”Beautiful Delilah” and “Come On,” the Stones’ debut single.

“That guy had it all. The lyrics, his sense of rhythm, it’s unbelievable. I’m still amazed when I hear the actual records, the Chess Records, today. I just go back to them, just to refill,” Richards said of Berry, who died in March.

“The only thing that Chuck and I used to laugh about before he went, unfortunately his biggest record was ‘My Ding-a-Ling,'” Richards added, laughing. “Unfortunately, the silly little ditty became actually his biggest-selling record.”

In the early ’60s, the Stones’ lineup also included Mick Jagger, Charlie Watts, Brian Jones and Bill Wyman. Richards said they were “a club band that sort of managed to expand its thing onto the big stage.”

The band returned to its blues roots last year with the release of “Blue & Lonesome,” which earned the Stones a Grammy nomination for best traditional blues album. They are currently working on an album of originals.

“We’re picking up the threads on a new album as we speak. I’m in touch with Don Was,” Richards said. MKH