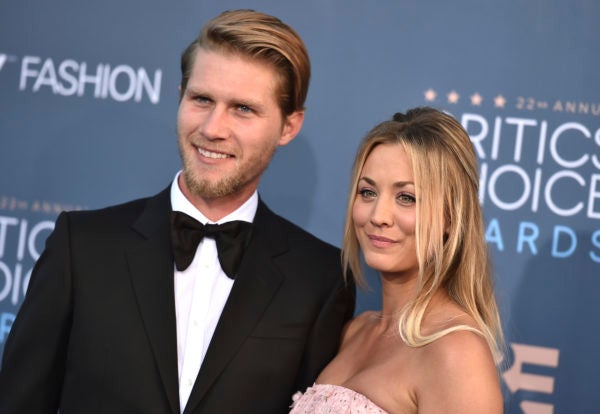 The couple announced their engagement on Nov. 30, 2017. (Photo by Jordan Strauss/Invision/AP, File)

Cook posted a video on his Instagram account Thursday of a tearful Cuoco flashing a diamond ring on her finger and shouting “we’re engaged” before officially accepting Cook’s proposal with a loud “yes.”

Who knew my prior post was oracular. Well after nearly two years I finally got up the courage to ask her to marry me. This is the best night of my life and I think the video shows it is the best night for kaley as well…..if she said yes!!!!!

I am so so so happy. Thank you @nadis_diamonds for making the greatest ring I could hope for. Absolutely brilliant. Thank you thank you

Cook is a professional equestrian and the son of Intuit co-founder Scott Cook. Cuoco has starred as Penny on “The Big Bang Theory” since the sitcom’s debut in 2007.

Cuoco was previously married to professional tennis player Ryan Sweeting from 2013 to 2016, separating from him in Sept. 2015. NVG