Post-Weinstein, Lauer: A reckoning for fans of fallen heroes 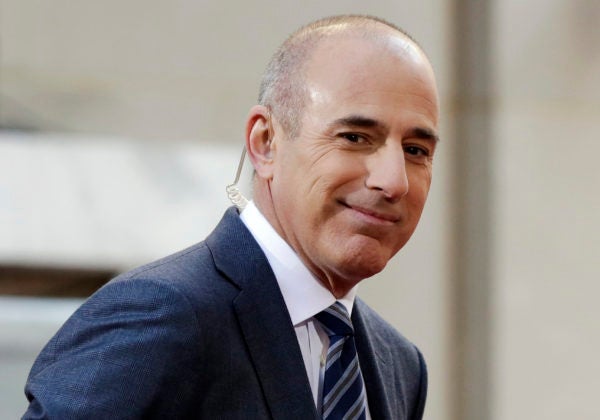 NEW YORK (AP) — When it comes to fandom, it’s reckoning time for Matt Lauer, Garrison Keillor and scores of other men accused of sexual wrongdoing.

Hero celebrities have fallen before — Bill Cosby’s career ended after assault allegations in 2014 — but never in the rapid succession that has rocked so many worlds since revelations about Harvey Weinstein exploded in October.

Accusers of politicians, actors, comedians, singers, producers, directors, other media powerhouses and assorted business moguls have taken the power and fans of the disgraced have largely stood with the wronged.

But for some, giving up heroes isn’t easy.

Savannah Guthrie, in breaking the news Wednesday on NBC’s “Today” show about Lauer’s firing over “inappropriate sexual behavior” with a colleague, appeared to be on the verge of tears. 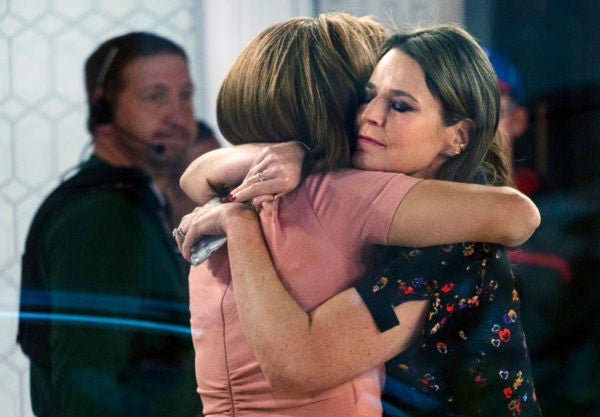 “How do you reconcile your love for someone with the revelation that they have behaved badly, and I don’t know the answer to that,” she said.

“But I do know that this reckoning that so many organizations have been going through is important, it’s long overdue and it must result in workplaces where all women — all people — feel safe and respected.”

Fans want to hear heroes’ side of story

Paul Booth, an associate professor of media and cinema studies in the College of Communication at DePaul University in Chicago, said some fans derive a piece of their identity from those they admire.

“Certainly to a lot of fans, fandom feels like something that you almost don’t have control over, that what you’re a fan of is part of who you are as a person,” he said.

On social media and around the dinner table, many fans are in mourning. But in the Arizona border town of Douglas, 37-year-old Nubia Romo isn’t ready to dump Lauer.

“Oh my goodness, I’ve woken up to the ‘Today’ show for years. It’s so, so, so sad. My mother is really sad, too, but we don’t have his side of the story,” said Romo, who is studying to become a real estate agent.

While Romo said she was shocked that Lauer would be accused, hardcore fans, including those of Lauer but also of Louis C.K. and Kevin Spacey, may have had an inkling of rumored transgressions beforehand, choosing in the past to let the negative slide until allegations were pushed into full view, he said.

“For many fans, these are not necessarily new stories,” Booth said.

“One of the things about being a fan is that you learn the minutiae of a star. Although some of these stories are just coming out in the mainstream media, they have been circulating in fan circles for a while. Rumors about Kevin Spacey have been out and about in fan conversations for many years. Certainly Louis C.K.’s misconduct and harassment have been jokingly referred to by a lot of fans.”

‘A sense of loss’: Letting go is a process

Letting go of longtime heroes can be a process, said Booth, other pop culture experts and women’s rights activists.

“I think all of us are going to struggle with people who we looked up to and have done really good things,” said Linda Sarsour, co-chair of this year’s Women’s March in Washington. “I can think of people like Al Franken and John Conyers and I’m so hurt and disappointed, but we’re going to have to reckon with the issue and how it’s impacted the victims and not our personal heroes.”

The range of emotions among fans of Louis C.K. and the more recently accused — Lauer, Charlie Rose and Keillor — among so many others, continued to flow Wednesday.

Susan Scharf, a 69-year-old retired teacher in suburban New York, said she’s a longtime Lauer fan and was “very, very shocked and disappointed,” echoing what others also have pondered: “I thought he was a nice guy. As a woman, I can’t support him now.”

Outrage, sadness, frustration, shock and the craving to gather and share are common denominators among fans.

On Twitter, one angsty Louis C.K. die-hard in Egypt, using the handle @MilanistaFito, relied on the fictional Showtime series “The Affair” and the character Dr. Vic Ullah to help him articulate:

Thousands of miles away, continents collided in the brain of comedian Sarah Silverman, Louis C.K.’s friend of 25 years, when she broke her silence in an emotional monologue before an episode of her Hulu talk show, “I Love You, America.”

“Some of our heroes will be taken down, and we will discover bad things about people we like, or in some cases, people we love,” she said.

While thousands stand with accusers and wish Lauer and others who have toppled a bitter farewell, Hilari Vires, of Scottsburg, Indiana, feels as Romo does about one of the big faces of “Today.”

“I honestly think that people should not judge or hate on him until there is proof regarding the accusations,” she said. “Even if he did the things he’s accused of, I don’t think he’s a bad or evil person.”

Bridget Barisonek, 42, of St. Paul, Minnesota, is a huge Keillor fan. She has listened to his former radio show, “A Prairie Home Companion,” for 20 years and has seen the show live several times.

“I want to trust public figures. I want to trust somebody who leads what is essentially wholesome family entertainment,” she said. “Tremendous disappointment. And like almost a sense of loss. ”

The process for some looking in from the outside as non-fans is void of heartbreak.

“Sorry to straight people who keep finding out their heroes suck but you should’ve listened to gays and worshipped 52-year-old actresses who specialize in monologues about their crumbling marriage,” tweeted comedy writer, entertainment journalist and the sometimes pop culture podcaster Louis Virtel.

In a recent interview, Virtel said fall they must.

“There’s always this ongoing conversation on separating the art from the artist,” he said. “As somebody whose heroes have never turned into sexual predators I find it a pretty mundane conversation. It’s a conversation usually started by men who think the only form of universal genius out there is stuff given to us by men.” NVG