Why Hashtag McCoy wants to succeed as an actor | Inquirer Entertainment

Why Hashtag McCoy wants to succeed as an actor 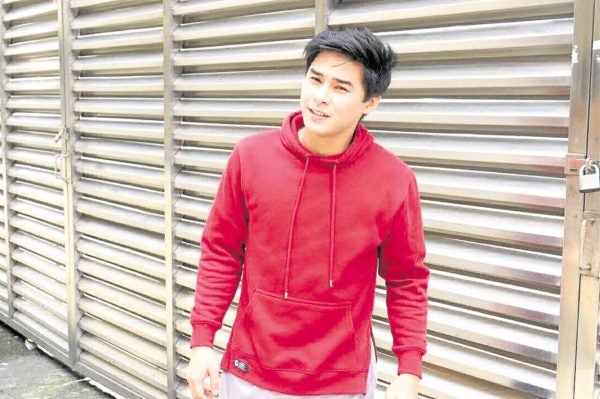 After placing sixth in the “Lucky 7” edition of “Pinoy Big Brother” (PBB) last year, McCoy de Leon began pursuing his interests  in dancing (as a member of the all-male dance group, Hashtags) and acting (he plays Obet in the drama series, “The Good Son”).

Here’s a quick Q&A for fans and followers who want to get to know him better:

Have you always wanted to be a performer? Performing has always been my passion, even when I was a kid. I’ve always wanted to be an actor. But, one thing that I want the most right now is an acting award … it’s always an indication of success. By winning an award, it would be like achieving the dream of my father (Mark de Leon), who’s also an actor.

What was the most difficult task that you had to hurdle in PBB? It wasn’t any of the challenges. What I found very difficult was finding a reason to nominate another housemate for eviction every week. We all got along well, so it was hard to say something negative about the others.

What is your dream role? I want to play a character with disability, because I want to know how it feels—how they manage to still appreciate life and rise above the challenges of their limitations. That’s something a lot of people can learn from.

Favorite actor, performer or singer. Parokya ni Edgar is on top of my list, as are Johnny Depp, Will Smith and “Wonder Woman’s” Gal Gadot.

Closest friends in show biz. The Hashtags and my “It’s Showtime!” family are closest to me.

What annoys you? The things that get stuck in the sink. ‘Yung mga bagay na bumabara sa sink hole na hindi ko kayang dukutin. But, I persevere … at tinatanggal ko pa rin (laughs).

What is your greatest asset? My eyes always get me noticed.