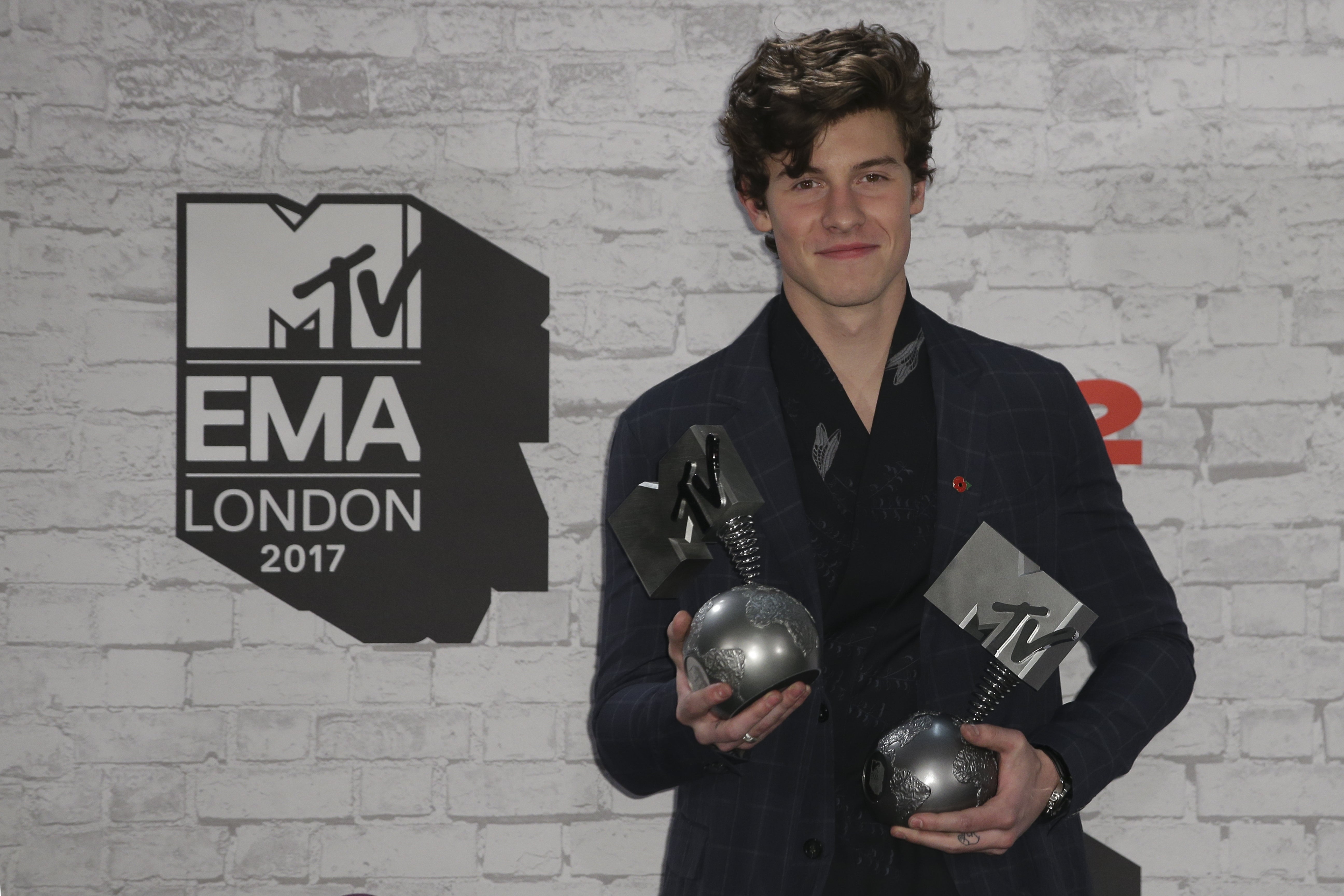 The awards ceremony at Wembley Arena, the first to be staged in the British capital in 20 years, were hosted by Rita Ora and featured performances by U2 and David Guetta.

In a first for the EMAs, which were created in 1994, MTV announced categories stripped of gender in a bid to “break barriers”.

Mendes, 19, who launched his career by posting song covers to the internet before getting signed to a record label, also scooped the “biggest fans” award.

He performed the track that won him best song — “There’s Nothing Holding Me Back” — in front of an electrified crowd in London.

Eminem, who opened the show by unveiling his new single “Walk on Water” — ahead of the release on Friday of his latest album “Revival” — won for best hip hop artist.

Taylor Swift, who was expected to be one of the big winners of the night with six nominations, failed to win any awards.

The majority of the winners were picked by music fans in an online vote, from 12 categories listed and a further 32 separate prizes for different countries and regions.

Louis Tomlinson, from the boy band One Direction, landed the best UK and Ireland act.

The best video, claimed by US rapper Kendrick Lamar, was one of the few awards to be chosen by the MTV team.

“U2’s impact on music, pop culture and social issues around the world has been tremendous,” said Bruce Gillmer, producer of the awards ceremony.

“For over four decades and counting, they’ve entertained, influenced, and inspired fans around the globe,” he added.

U2 performed in London’s Trafalgar Square the night before the MTV awards, along with DJ Guetta, to a crowd of 7,000 who won free tickets in a ballot.

This year saw the MTV Europe Music Awards return to London for the first time since 1996.

British singer and actress Rita Ora took charge of the ceremony and also turned in a popular stage performance.

The cable channel also runs the Video Music Awards which are renowned for top performances and the occasional controversy, including pop diva Lady Gaga wearing a dress made of meat to the ceremony in 2010.