Rey Valera says he is not worthy to teach songwriting 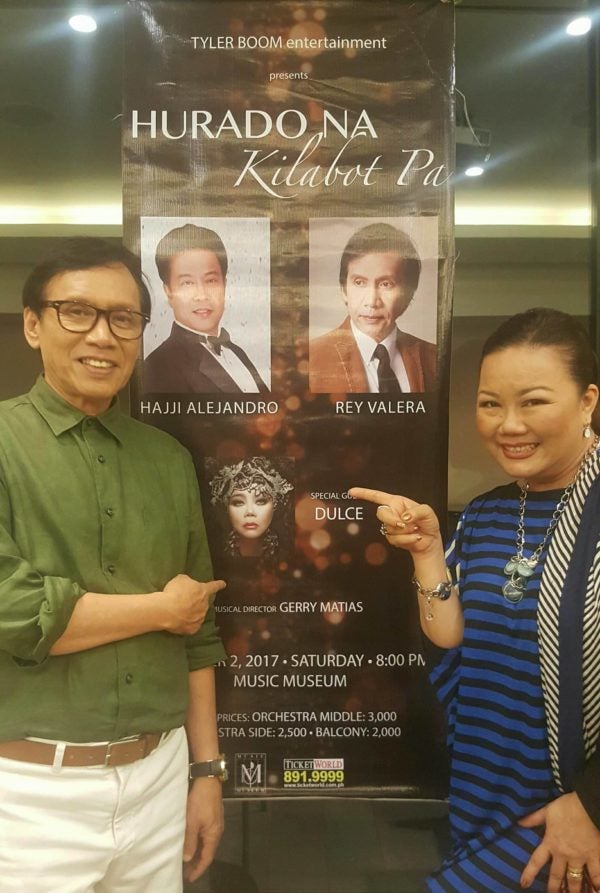 There is no doubt that almost every Filipino from across all generations look up to Rey Valera as a songwriter. But oddly enough, he feels that no matter how beautiful his compositions are, he simply is not worthy to teach the art of songwriting.

(There many others better than me. I feel I’m not worthy to teach songwriting. There’s no right way to do it, there’s no sure way. If we will talk only about writing songs the way I do it, that’s okay, but if you’re going to ask me how to be a famous composer, that’s hard.)

As most composers dig from their personal experiences to give truthfulness to their songs, Valera actually veers away from such process, taking inspiration from other people’s stories.

(My process of doing songs basically starts from getting a story from other people, not mine. I just empathize on their life. Then I make a good title.)

(My songs are not based on my life because people basically don’t care about my life. They would rather hear their lives told through the song. They’re more interested in songs that would make them say, “Hey, that’s me.”)

He also believes that a song should be more relatable to its audience rather than to its composer.

(A song should have a relationship with its listeners, otherwise nothing will happen to that song.)

Being a veteran composer, he explained that the process of finishing a piece is different for every song. Sometimes, it takes as short as thirty minutes, while some songs take months to write.

Valera’s songs have been revived by singers of different generations. Each time his songs get revived, these songs still successfully draw in the audience.

However, Valera believes that a song’s success is still “70 to 80 percent because of the composer dahil minsan mahirap pagandahin ‘yung isang kantang pangit kahit anong ikot mo gawin. (Sometimes, it’s hard to improve a bad song no matter what you do.)”

Foreign songs have always been successfully marketed locally. Meanwhile, a Filipino song seldom gets international recognition. However, Valera finds joy in knowing that even if his songs are not global hits, a few foreign nationals were able to know some of them.

(“Kahit Maputi Na ang Buhok Ko” has been sung by a Japanese. “Sinasamba Kita” has been played by a Russian guitarist.)

Valera is set to stage a concert with fellow OPM legend Hajji Alejandro entitled “Hurado Na, Kilabot Pa” at the Music Museum on Dec. 2. They will be joined by another legendary local singer, Dulce. Tickets are available at TicketWorld and at the Music Museum. JB

The ballad of Rey Valera