The ballad of Rey Valera 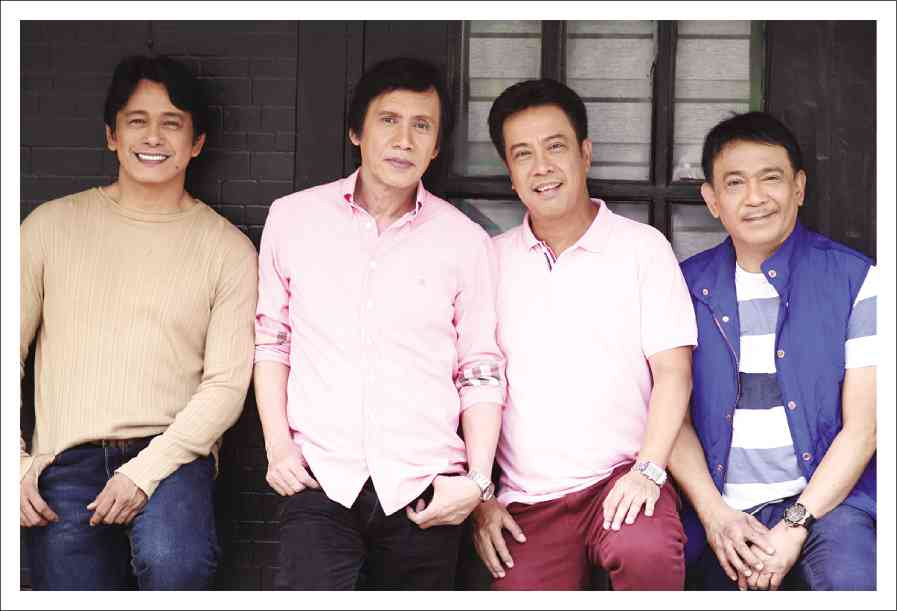 Call me a sentimental fool, but I can’t help getting misty-eyed every time I hear Rey Valera’s “Kung Kailangan Mo Ako,” one of my late mom Inday Badiday’s favorites. Rey’s timeless songs serve as a comfort zone for weary hearts. In these songs, time and again, we find solace from love’s countless twists and turns.

This Valentine month, Rey teams up with Rico J. Puno, Hajji Alejandro and Marco Sison to serenade us via “An Evening With The OPM Legends” on Feb. 12, 8:30 p.m. at Palacio de Maynila (for tickets, call 4702222).

Here’s my tête-à-tête with Rey:

What’s the difference between OPM (Original Pilipino Music) now and during your prime?

In the past, even if we had colonial mentality, many OPM songs gave listeners a sense of pride. Those songs proved that if Americans could do it, so could we. We tried hard to form our own identity. Today, even if our artists are talented, many of them try to sound “Americanized.” They even imitate the four-chord progression, which makes a true musician feel dumb.

What’s your advice for aspiring singer-songwriters?

Find artists that you respect and make them your mentors, not gods in your mind. Find people better than you, people you hope to surpass someday. Study their work but do not be copycats. Build an “image” based on truth so that, when the real you comes out, people will not be disappointed.

How did your signature style evolve?

I came from a band during a time when vocalists copied other singers’ styles, to sound plakado or almost the same as the original recording. I can sing in different styles. That was my job. But when I was given a chance to record, I picked a style that I felt would last and one that I could pull off. It was a conscious effort on my part to sound the same throughout. Even if I wanted to belt out just to show off, I did not. I wanted to maintain that Rey Valera sound.

What’s your take on singing contests on television?

They help young talents get exposure. But contests are contests. We fall in love with the song first and the singer later. A bad singer or an awful arrangement can ruin a good song. No matter how high a singer’s voice is, it’s pointless if the audience can’t relate to it.

There are no personal stories behind those songs. I make songs for listeners, not for a girlfriend. But I wrote both songs in one sitting one night because I was broke.

Almost but not quite. That was MJ Lastimosa’s fate in the Miss Universe pageant. Was it really a case of the right girl with the wrong gown?

Former Miss U first runner-up Miriam Quiambao-Roberto shares her thoughts. She’s been there, worn that.

I still think a Filipino designer can best represent our country in making a national costume for our beauty queens.

Why do you think MJ Lastimosa did not win the Miss Universe title in spite of her impressive performance?

She had confidence and great energy onstage and her body was to die for. If she had worn a different gown, she could have fared better. The white gown made her look shorter [alongside] the other statuesque candidates. But making it to the Top 10 is not easy. MJ did a great job in representing our country. We are all proud of her.

How important is a contestant’s gown in a pageant?

No matter how well you carry a gown, if it’s not the best design for you, it will affect your final score. A beautiful gown with the right design will complement an amazing beauty who wears it with elegance and confidence.

Don’t miss the fun on Feb. 7, starting at 12 noon with a car show and a concert featuring surprise guests at 7 p.m. Tickets for alumni go for P900 and P700 for guests. Party the Green Archer way and grin all the way home.