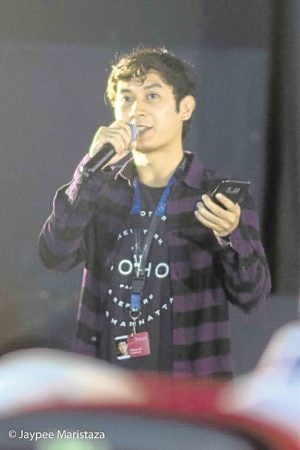 It’s a good finale for our three-year-old film,” said “Birdshot” director Mikhail Red about his screen thriller being chosen to represent the country in the Best Foreign Language Film category of the 2018 Academy Awards.

“Birdshot” is one of 92 film entries from all over the world vying for one of the five slots at the Oscars. “It needs awareness. The Academy has over 5,000 voters, whom we all need to campaign to—that’s tough,” said Mikhail, adding that his local producer, TBA Studios, has been looking for a foreign distributor since the Film Academy of the Philippines made the announcement in September.

Another plan, said Mikhail, was to have “Birdshot” screened in theaters in the United States starting this month. “Since there’s buzz, we will also have it rereleased locally on the same month,” Mikhail added.

The movie made its premiere at the 2016 Tokyo International Film Festival and was screened in 14 other film fests before it debuted at the 13th Cinemalaya Philippine Independent Film Festival in August this year. It was also one of the 12 finalists at the 1st Pista ng Pelikulang Pilipino, where it won the Critic’s Choice award.

“There is also a plan to release it as a video-on-demand feature,” the director added.

Mikhail also said “Birdshot” has continued to participate in festivals and was, in fact, listed in four festivals in the United States for this year alone.