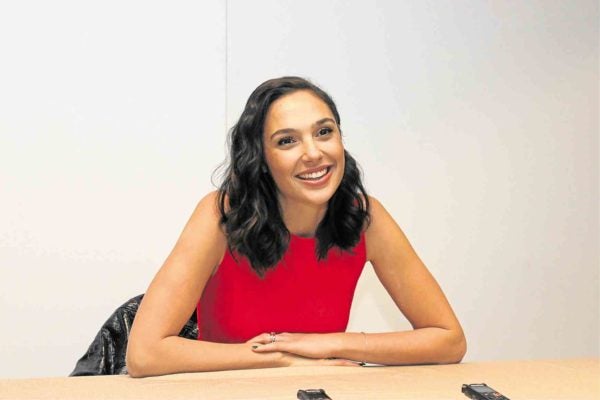 LOS ANGELES—This behavior should be condemned,” Gal Gadot replied when asked about the sexual allegations against Brett Ratner, whose RatPac is cofinancier of several Warner Bros. movies, including “Justice League,” where she reprises her Wonder Woman role. “It is unacceptable and shouldn’t be tolerated.”

Warner Bros. has severed its ties with Brett since numerous allegations of sexual harassment and misconduct against the producer-director by women, including actress Olivia Munn, came out.

“Yes, I was surprised,” Gal added about the claims in a recent interview at Rosewood Hotel in London. Men and women have revealed alleged incidents of abuse by Hollywood talents and executives since numerous women publicly accused producer Harvey Weinstein of sexual harassment.

“I never had such an experience, working in the studio or with a producer. I’m happy that there’s this trend now that women and men are voicing out and speaking up about what they’ve been through. Because the whole mentality of using power in order to gain something in a manipulative way isn’t OK.

“That people are coming out and telling stories that happened to them decades ago shows you that they never had a relief. The fact that they’re coming out now is very important. I do hope that in time, it (the culture) will change because it’s not the way it should be.”

Gal also responded to a question about director James Cameron’s criticism of “Wonder Woman,” her blockbuster hit megged by Patty Jenkins. In his comments, James brought up Linda Hamilton’s Sarah Connor character in his “Terminator” movies and pointed out that she (Sarah) “was not a beauty icon.” Gal was Miss Israel 2004.

These were some of James’ remarks: “All of the self-congratulatory back-patting Hollywood’s been doing over ‘Wonder Woman’ has been so misguided. She’s an objectified icon, and it’s just male Hollywood doing the same old thing! I’m not saying I didn’t like the movie but, to me, it’s a step backwards. Sarah Connor was not a beauty icon. She was strong, she was troubled, she was a terrible mother, and she earned the respect of the audience through pure grit. And to me, (the benefit of characters like Sarah) is so obvious. I mean, half the audience is female!” 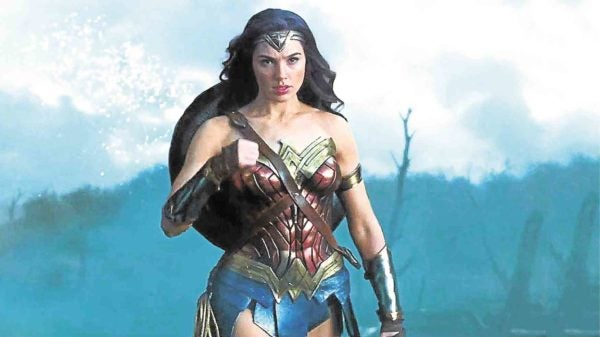 “I was certainly shocked that (my comment) was controversial. Look, it was probably a little simplistic on my part, … but I will add a detail to it, which is: I like the fact that, sexually, she had the upper hand with the male character, which I thought was fun.”

Gal said, “I don’t know why it was so important for him to say that. I disagree with everything he said. I’m a big fan of his work, and I was surprised to read that.”

The actress also questioned James’ remarks implying, in her words, “that a strong woman comes from a very broken background, which is odd.”

Still on another controversial topic—Gal got only $300,000 for “Wonder Woman,” which went on to become a blockbuster. Some are saying that what Gal and Patty were paid for in “Wonder Woman” reflects the gender wage gap in Hollywood.

Asked if she felt that her pay was unfair, Gal answered, “I will say that Warner Brothers has given me the opportunity to take this role and thrive with it. Without them, I wouldn’t be sitting here. Having said that, and everything was under agreement, I was very happy and satisfied and I’d do it for free.”

“It’s important for me as a woman, someone who’s righteous and cared for, I always care about that,” Gal stressed about the equal pay issue. “Because of the character I play, there’s more of a responsibility to make sure that things will happen the right way.” 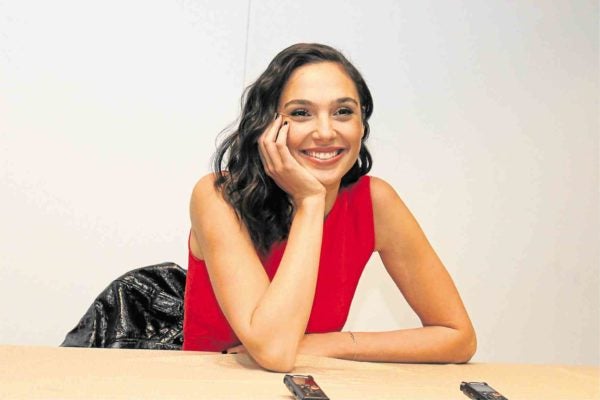 She’s elated about the significant pay raise that Patty is getting to direct the “Wonder Woman” sequel. The filmmaker has been quoted as saying that she’s using her “Wonder Woman 2” salary to help strike a blow against Hollywood wage inequality.

“I can’t say how happy I am for Patty and for the deal that she closed because she’s doing such an amazing groundbreaking work for many more women in the industry, women in general and directors in particular,” Gal declared. “I aspire to have everything fair.”

On lighter topics, Gal—striking in a red Alexander McQueen dress—said about working again with Henry Cavill, who’s back as Superman in “Justice League.” “It was wonderful. We didn’t share too many scenes. It mostly involved fight sequences, but it was great.” Also in the cast of the movie directed by Zack Snyder are Ezra Miller (The Flash) and Ray Fisher (Cyborg).

On whether she had any wardrobe malfunction in the tight red and blue costume, Gal replied, “No, it didn’t happen (laughs). When we shot ‘Wonder Woman’ in London, it was freezing because it was winter. When we shot ‘Justice League,’ it was nice and warm because we shot everything on the stage. Jason (Momoa, as Aquaman) and Ben (Affleck as Batman) had suits underneath, and they were all sweaty. But I was great. I wasn’t cold, and everything that needed to be covered was covered.”

When she’s not playing the golden lasso-wielding and tiara-wearing superheroine, Gal likes to relax at home with her husband, Israeli businessman Yaron Versano, with whom she has two daughters, Alma and Maya.

“I made chicken tikka masala last night before I left the house,” she shared. “I love to cook. For me, cooking makes the house feel like home,” Gal said, adding that she also likes to sing “but not like professionally.”

As for me-time, Gal admitted, “Honestly, I need to do more for myself … the past six months have been overwhelming, with the baby (Maya, born last March) and the back health issue that I had, and ‘Justice League’ is coming…”

Being the daughter of a physical education teacher (her mom, while her dad is an engineer), Gal said she played several sports, including basketball. Was she competitive? “Very much,” she confessed with a laugh.

The competitive spirit buoyed up Gal as she entered college, then pursued modeling and acting. Winning the Miss Israel title (she competed in the 2004 Miss Universe pageant in Ecuador) paved
the way for more breaks in Israeli show business, until she landed the Gisele role in “Fast & Furious.”

She was getting frustrated in Hollywood and was thinking of staying in Israel for good until Zack asked her to audition for “something.” That something turned out to be
Diana Prince/Wonder Woman in “Batman v Superman: Dawn of Justice.”

Gal made a splash in that movie, which led to the stand-alone blockbuster movie, “Justice League,” the “Wonder Woman” sequel, “Flashpoint” and a drama, “Deeper.”