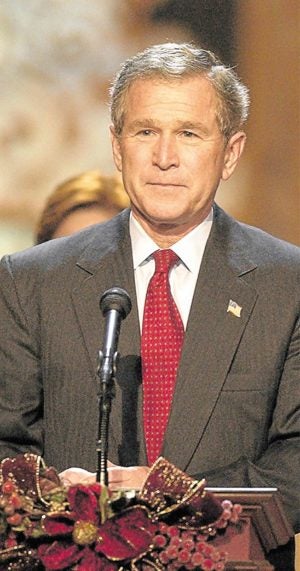 Most TV interviewers would feel “solved” if they got to do a full interview with a US president. That would be a career-capping coup, right?

Not David Rubenstein, host of his own eponymously titled chatfest on Bloomberg. His ambition is more—ambidextrous.

On a recent telecast of “The David Rubenstein Show,” he had not one but two former presidents to talk to simultaneously—Bill Clinton and George W. Bush!

What has Rubenstein done to deserve the twin honors? He’s an iconically successful and wealthy entrepreneur in his own right, so he’s used to hobnobbing with the powers-that-be, and takes even top politicians and world leaders and power brokers in stride. 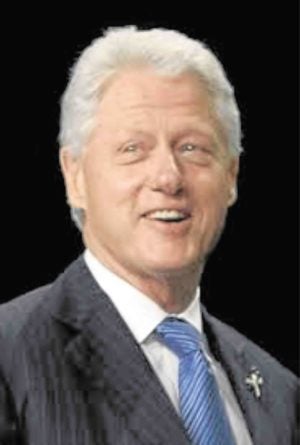 Since he had two former US heads of state as special guests, Rubenstein made the interview even more unique by tweaking it into a comparative view of what it takes to be president!

The brilliant tweak made the hourlong interaction a rare “instructional” for young viewers who also dream of leading their country.

Expectedly, Bush was the more reticent interviewee—guardedly keeping some of his opinions to himself—until Rubenstein calmly but insistently pried them out of him.

He had no such problem with Clinton, who’s known for his more forthcoming and even occasionally idiosyncratic ways.

He obligingly brought viewers into the heart of the US presidency, detailing some of the stressful decisions that he had to make in the course of his eight-year White House stint.

Bush soon realized that he would have to be less guarded, or end up being thoroughly upstaged by Clinton. So, the joint interview at long last became what it was meant to be.

It was tellingly instructive that both Clinton and Bush shared that their work didn’t end with the conclusion of their terms, and that they remain busy in public service as senior leaders and heads of their own foundations, which take them all over the world in the service, not just of Americans, but of needy people just about everywhere.

Asked to recall their major contributions as chief executives, Clinton pointed out that during his term, the US economy was at its most robust.

What about Bush? He less enthusiastically allowed that his stint had been not all that smooth-sailing, but he found comfort in the “tested and proven” love of his family.

That made the joint interview take a more personal turn, as Clinton agreed that being a good dad can be almost as much of a test of character and willpower as running a country.

Another unique element that Bush brought to the session was his having become a prolific painter in retirement.

Some of his works were shown, and the good news is that his portraits of famous people are—not bad, not bad at all.

Finally, it was also Bush who got in the definitive final word, when Rubenstein asked them about life lessons while in the oval office, and he replied, “To be humble.”

Clinton then seconded the motion, warning that being president can go to a proud man’s head—but, the former chief executives soon realize only too well that fame and power are ultimately transitory.

A good reminder for one and all!