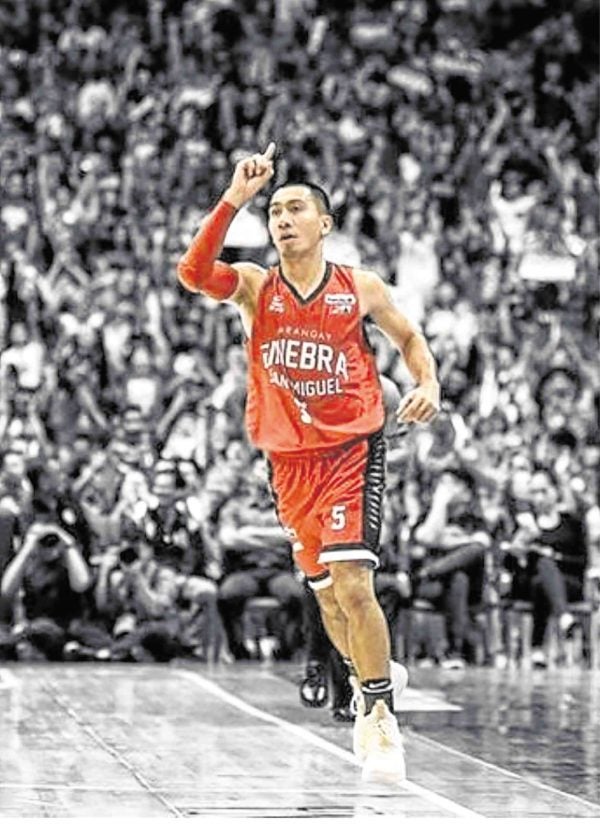 In our basketball-crazy country, PBA (Philippine Basketball Association) players can give movie stars a run for their money.

The championship match of Ginebra Gin Kings and Meralco Bolts in the PBA Governor’s Cup 2017 has set a new record in ticket sales. The Philippine Arena was filled to the rafters in Games 6 and 7, with more than 55,000 viewers reportedly in attendance. It was somewhat like the massive “AlDub” event held in the same venue, which happens to be the largest indoor arena in the world.

The Kings “intoxicated” the Bolts to defend their title. LA Tenorio of Barangay Ginebra was named the finals’ most valuable player (MVP). Even if he was the smallest guy on the court, he stood out from the rest of the players. At the rate “Tinyente,” LA’s PBA moniker, is going, he isn’t done wowing basketball fans yet.

Here’s my chat with LA:

Among all your MVP awards, what makes the one you bagged this year more special? Among the three Finals MVP that I got, this one is the most special because the championship match reached Game 7. And we played in front of a humongous crowd. Victory was sweeter because I was able to play well, even with an injured elbow.

What made Ginebra clinch the championship? Starting strong in Game 7 was the key.

What’s your message to the Meralco Bolts? I have so much respect for its talented players, coach Norman Black and his staff. Their time will come, too. They’re of championship caliber already.

What’s your advice to the newly drafted PBA rookies? Don’t be complacent just because you already made it to PBA. Keep working hard, learn how to listen and be humble. Enjoy every moment, because you never know until when you will last.

When do you plan to retire from the PBA? I don’t want to think of retirement yet.

How did you recover from your congenital heart defect to become such an excellent professional player? I had sepsis when I was a kid. I owe my life to my parents. They sacrificed a lot to make sure I survived despite my heart condition. Dr. Jaucian worked wonders, too.

Since cagers are hounded by girls, how do you stay away from temptation? We can talk to girls, but we must know our limitations.

What’s the best and toughest part of being a player of Ginebra? The best thing is that you automatically have hordes of fans anywhere you go. The toughest part is the pressure.

For a first-timer, Maxine Medina’s acting in “Spirit of the Glass 2: The Haunted” is quite impressive. She’s a natural. The beauty queen ought to have a solo movie. It would be interesting to pair her off with the likes of Piolo Pascual and Derek Ramsay. Maxine’s acting debut showed us that she’s more than just eye candy.

Meanwhile, we gave “The Ghost Bride” a grade of A at the Cinema Evaluation Board. Actress Kim Chiu does not disappoint. The horror flick will take you on a bizarre journey to explore the depths of Chinese traditions. Brace yourself!