Miley Cyrus: Being Hannah Montana might be ‘what’s a little wrong with me now’ | Inquirer Entertainment

Miley Cyrus: Being Hannah Montana might be ‘what’s a little wrong with me now’ 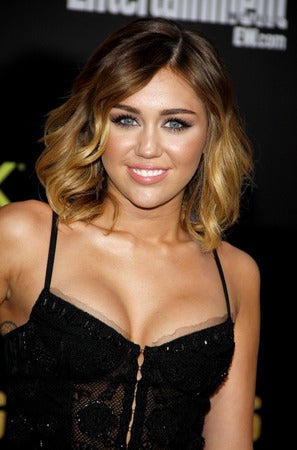 For Miley Cyrus, distinguishing herself after being a child star wasn’t an entirely smooth process.

On CBS Sunday Morning, the “Party in the U.S.A.” singer related that being thrust into a double personality in the Disney show “Hannah Montana” had an impact on the way she grew up.

While she enjoyed being on the show, she said, “what was hard for me was balancing everything. I think it got harder when I started touring as both Hannah Montana and as myself.”

“I think that’s probably what’s a little bit wrong with me now,” she said. “I mark that up as doing some extreme damage in my psyche as an adult person.”

She shared how she took in the judgment when she showed her sexually provocative side.

“America feels like my aunt. ‘You know you’ve grown up so much and we don’t wanna see you grow up!’”

Stunts like swinging naked for her “Wrecking Ball” video made her feel like her “own person” even if that wasn’t the intention.

“I feel like that divide, that boundary was very clear,” she said, referring to her Disney self and her real-life personality.

Even the criticism from the 2013 VMAs where she wore a flesh-toned two-piece and twerked against Robin Thicke flew past her.

“I was just doing what I wanted to do. And I wasn’t hurting anybody, so that was a good thing.”

She has also been inspired by Hillary Clinton after reading her autobiography “What Happened.”

“I think of things in a whole different way. I always think, ‘If she can lose an election, I can do this.’”  Niña V. Guno /ra

Miley Cyrus: Katy Perry’s ‘I Kissed a Girl’ was about me