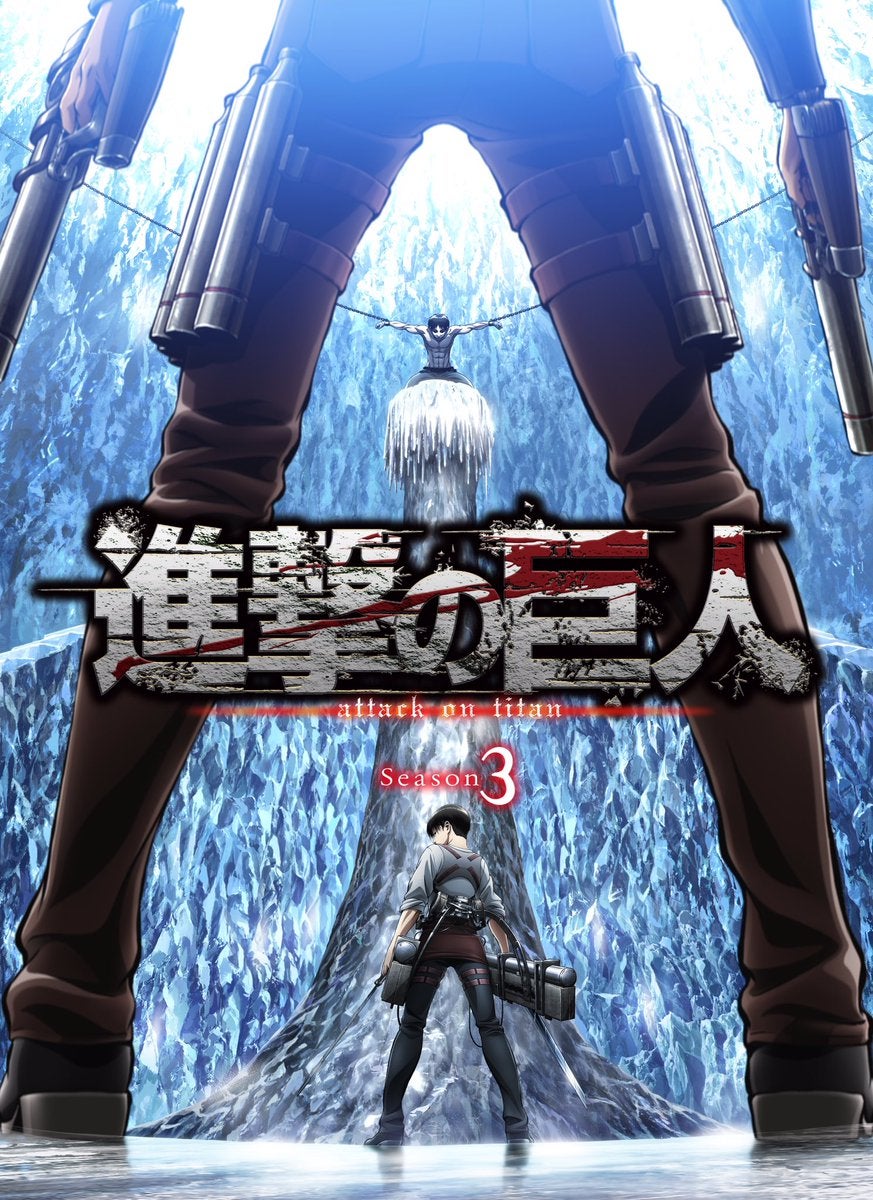 A third season for TV Anime “Attack on Titan” (Shingeki no Kyoujin) will air on July 2018.

The announcement was made during the “‘Shingeki no Kyojin’ Reading & Live Event Orchestra Attack Oto Taikan 2′” event in Tokyo last Friday, Oct. 27. The show’s Twitter page posted the announcement, along with a new promotional image. 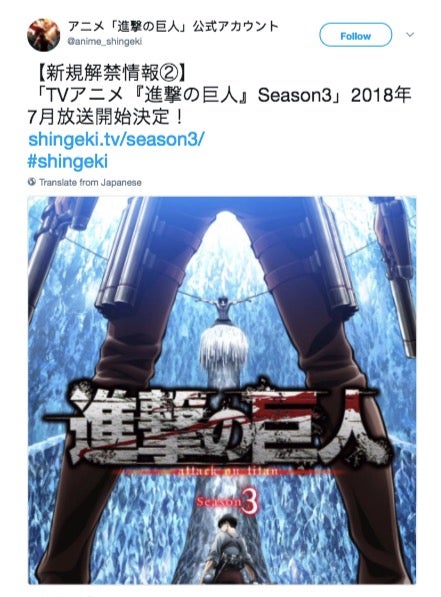 A new compilation movie will also be created and has been scheduled for a Jan. 13, 2018 premiere. The compilation will cover the events shown in the series’ second season, according to Anime News Network.

Another tweet revealed that an “Attack on Titan”-themed real escape game will be conducted at five ZEPP concert halls in Japan, between December this year and March 2018. 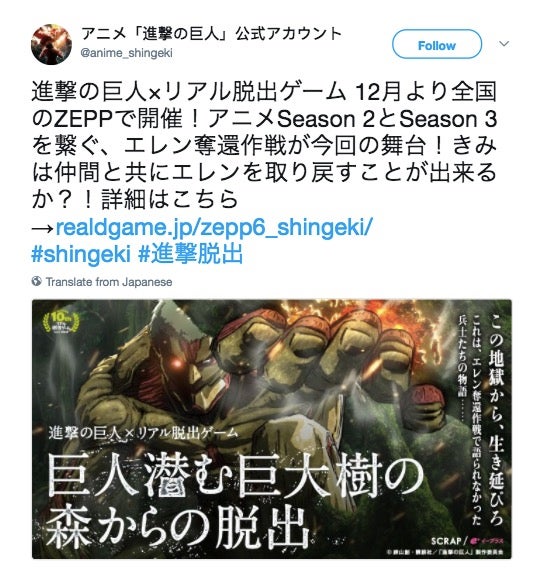 “Attack on Titan” centers on a post-apocalyptic world where giant creatures called titans roam the land and devour humans. The last of humanity struggles to survive within a huge walled enclosure. Soldiers like protagonist Eren Yeager and his friends battle these titans, while looking for a way to break the stalemate. JB