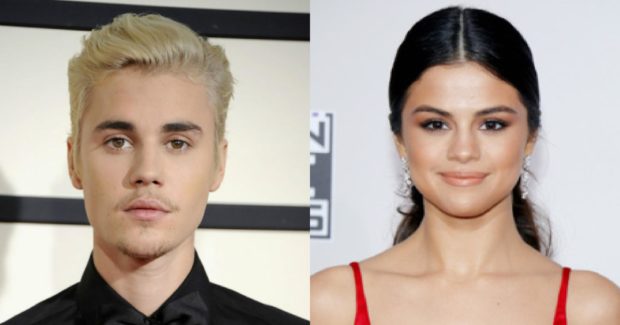 Bieber covered himself in a white hoodie while Gomez donned a striped dress as they were seated across each other in a café.

They were also reportedly seen later in church — the same one which Chris Pratt attends.

The “Bad Liar” singer was in an off-again, on-again relationship with Bieber for three years since 2011 — but the drama never seemed to pass afterward.

Fans of the couple dubbed them “Jelena” and have waged online attacks to any new girl linked to the “Sorry” artist.

As of January 2017, Gomez has been dating singer the Weeknd (real name: Abel Tesfaye).

Gomez and Bieber have previously reunited; just last Sunday, they were at Gomez’ house with friends.

Bieber is said to have reached out to his ex after learning she underwent a kidney transplant to treat her lupus, reports E!

The Weeknd, who is on tour, is said to be fine with the reunion, according to TMZ’s sources.

However, break-up rumors have been brewing when fans noticed that the “Starboy” singer unfollowed Gomez’s closest friends on Instagram, including her mom and kidney transplant donor Francia Raisa.

The Weeknd reportedly did the same before breaking up with model Bella Hadid. As of this writing, Gomez and The Weeknd still follow each other on the social media platform. Niña V. Guno/JB

Read Next
Kevin Spacey apologizes for allegation of sexual advances; comes out as gay
EDITORS' PICK
Get exciting deals and discounts when you download the new McDonald’s App
Batangas execs, Taal evacuees thank House; hopeful on rehab efforts
SM continues to send relief assistance to remote towns in Batangas
PAL: Passengers with flights to parts of China may request for refund, rebooking
5 years after Mamasapano, son of fallen SAF 44 trooper remembers his ‘idol’
‘A greener, cleaner tomorrow’: A how-to guide for Filipinos who want to help with today’s energy crisis
MOST READ
Taal’s sulfur dioxide emission increases
Seized food items from China tested positive for ASF–BOC
No time for revelry; Tagaytay instead plans for alert level 5
Dina Bonnevie on Coney Reyes: We have forgiven each other
Don't miss out on the latest news and information.