Angel Locsin hits back at basher with emojis 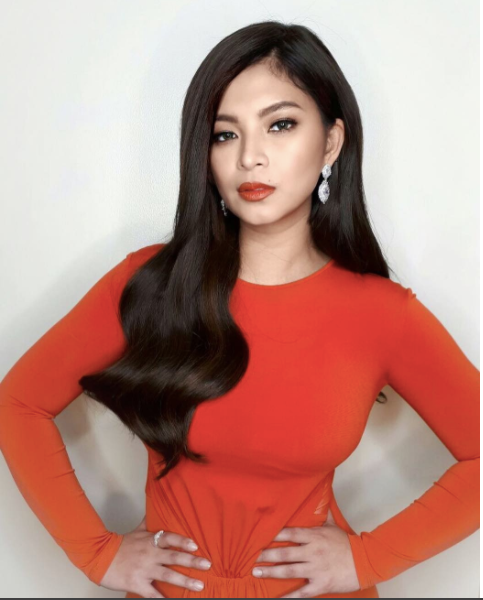 Angel Locsin has been the target of bashers lately for her role as Jacintha in “La Luna Sangre”, outraging fans of Kathryn Bernardo and Daniel Padilla for allegedly trying to steal the spotlight.

This time, she fired back at a basher in social media without the use of words, but with emojis.

In an Instagram post, a user named @blacksmitten recently called out Locsin and Star Creatives, complaining that Locsin has more exposure in the show than the two main stars.

“She had her time during ‘Lobo’ and ‘Imortal’. [KathNiel] na ‘tong LLS (‘La Luna Sangre’) pero hindi maibigay sa kanila (LLS should belong to KathNiel but it’s not being given to them),” @blacksmitten said.

The user added that because of her on-screen chemistry with Richard Gutierrez’ character Gilbert, this pushed a new love story angle between the two. 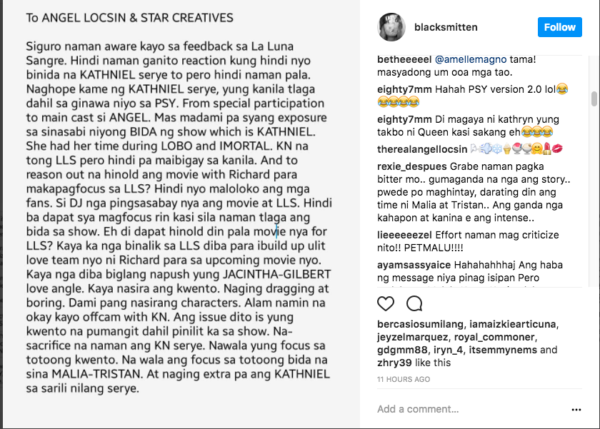 (We know that you’re okay offcam with KN. The issue here is the story turned ugly because you were forced into the show. The KN series got sacrificed. The focus was taken away from the real story.)

In reply, Locsin simply posted emojis of desserts, smileys and other fun and girly images to the post, implying that basher should cool off.

“La Luna Sangre” is the third installment of a fantasy series, wherein Locsin has appeared in all. She first starred in the two previous series “Lobo” and “Imortal”, opposite Piolo Pascual and John Lloyd Cruz, respectively. JB