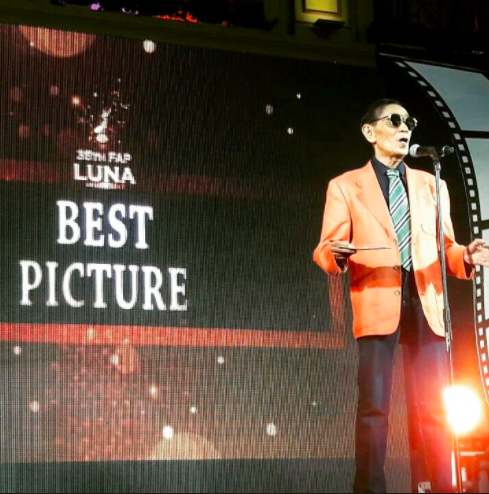 Veteran director Emmanuel “Maning” Borlaza, famous for helming blockbuster and critically-acclaimed films from the 1960s up to the year 2000, has died. He was 81.

Borlaza’s nephew Roy Ramirez said that his uncle suffered a heart attack in the early hours today and was rushed to the hospital, but was pronounced dead on arrival at 4 a.m, reports Radyo Inquirer.

Borlaza is known to direct classics such as “Bituing Walang Ningning”, “Dyesebel”, “Lipad, Darna! Lipad!”, among others. He also collaborated with Star for All Seasons Vilma Santos not less than 24 times in his movies.

He served as vice chairman for the Movies and Television Review Classification Board (MTRCB), and also chaired the Directors Guild of the Philippines, Inc. (DGIP).

Tributes have poured in since his passing. Director Jose Javier Reyes tweeted his thanks for the filmmaker. Singer Leah Salonga tweeted about his passing too, while MTRCB board member and University of the Philippines professor Rolando Tolentino paid tribute to his former officemate as well.

Thank you for the years of guidance & dedication to Filipino films & filmmakers. Goodbye, Direk Emmanuel Borlaza. A life well lived.

His remains will be interred in Loyola Memorial Chapel in Sucat, Parañaque. He was only weeks shy away from turning 82 on Nov. 5. JB