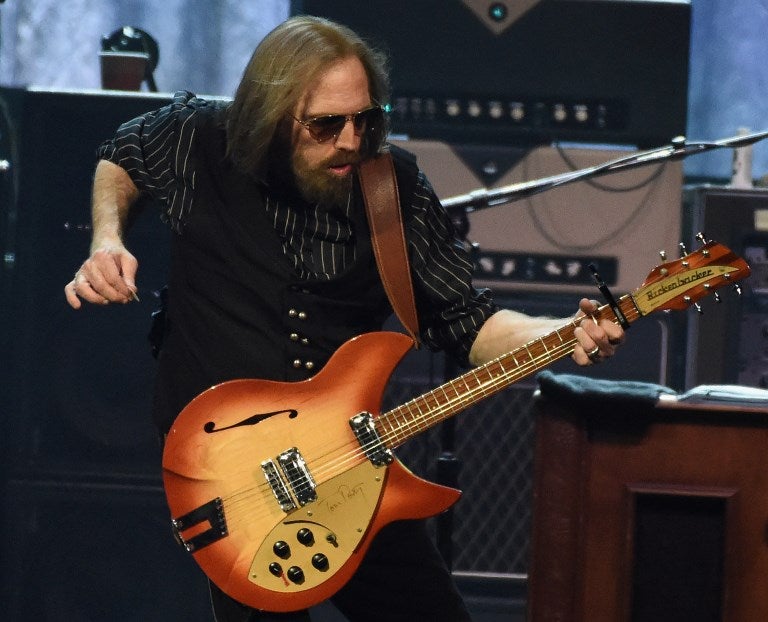 NEW YORK—Tom Petty, the heartland rocker whose classic melodies but dark storytelling created a string of hits over four decades, died Monday of cardiac arrest, his family said. He was 66.

His family confirmed that Petty passed away Monday evening surrounded by loved ones after a confusing day in which several media outlets reported and then retracted premature news of his death.

“On behalf of the Tom Petty family we are devastated to announce the untimely death of our father, husband, brother, leader and friend Tom Petty,” a family statement said.

Petty early Monday suffered cardiac arrest at his home in Malibu, just a week after he closed his career in a triumphant fashion.

The rocker had played three sold-out shows at the iconic Hollywood Bowl to wrap up a tour celebrating 40 years of his band the Heartbreakers.

He closed the encore with one of his earliest and best-known songs — “American Girl,” which tells of an ambitious girl “raised on promises” now contemplating suicide, set to guitar harmonies from the golden age of rock ‘n’ roll.

The song was one of many by Petty about struggling to overcome long odds. “I Won’t Back Down,” perhaps his best-known song, took on a second life as a US patriotic anthem after the September 11, 2001 attacks.

The singer and guitarist — recognizable for his shoulder-length blonde hair — delivered his vocals in short punches that let on an underlying anger, such as on “You Don’t Know How It Feels.”

The rocker’s characters — small-town Americans full of aspirations but running into a wall of setbacks — reflected the hardscrabble early life of Petty.

His grandfather was a logger from Georgia rumored to have fled south to Florida after axing a man to death in an argument. Petty was born in Gainesville, the university town in northern Florida, to a belligerently drunk father who sold wholesale tobacco and candy.

Petty once recalled that his father, intoxicated and unimpressed by his son’s passion for music, once smashed up the boy’s record collection.

The future rocker said he told him, “Dad, if you’ll just leave me alone, I’ll be a millionaire by the time I’m 35.” It was a prediction that proved prophetic.

Petty, speaking in 2015 to Men’s Journal, credited his mother Kitty with saving him by making sure “to show us there was more to life than rednecks.”

“She read to me a lot. And she liked music: She had a record player and would play Nat King Cole and the ‘West Side Story’ soundtrack. I think of her every time I hear those songs,” he said.

But he remained consumed by inner rage.

“Any authority I didn’t agree with could just make me go crazy,” he said of his early life haunted by his father.

He struggled with depression most of his life and formed an addiction to heroin, although later in his life his only vice was marijuana and he instead embraced transcendental meditation to calm himself.

Petty embraced the country influences of the South, especially when he crafted the 1985 concept album “Southern Accents.”

Touring the United States, he flew a Confederate flag on stage — a decision he later regretted, telling Rolling Stone that “people just need to think about how it looks to a black person” as he likened the controversial symbol to a Nazi swastika.

In a speech in February as he was presented a lifetime award at the Grammys, Petty said he owed a debt to African Americans such as Chuck Berry whom he credited as the creators of rock ‘n’ roll.

But like so many music fans of his generation, he discovered rock ‘n’ roll via Britain when he saw The Beatles perform on “The Ed Sullivan Show” in 1964.

“I had my eyes opened like so many others and I joined the conspiracy to put black music on the popular white radio,” Petty said.

Petty in the late 1980s joined one of The Beatles, George Harrison, in a supergroup, the Traveling Wilburys, that also featured Bob Dylan. The project was short-lived after the death of another member, Roy Orbison.

Fresh from the glory of the Wilburys, Petty — long backed by the Heartbreakers — in 1989 released his first solo album, “Full Moon Fever,” which featured the wistful “Free Fallin'” and “Runnin’ Down a Dream” as well as “I Won’t Back Down.”

Other major hits by Petty included “Don’t Come Around Here No More,” written with David A. Stewart of New Wave duo The Eurythmics. The track’s playful video, themed around “Alice in Wonderland,” cemented Petty’s reputation as a favorite among stoners.

The three-time Grammy winner was steadfast on artistic control and had a reputation for battling with the music industry — most memorably with the 1981 album “Hard Promises” after he was angered by his label’s plan to put the store price higher than usual.

More recently, English singer Sam Smith agreed to credit Petty as a songwriter on his worldwide hit ballad “Stay With Me” due to the similarities — coincidental, by all accounts — in the chorus to worldwide hit “I Won’t Back Down.”