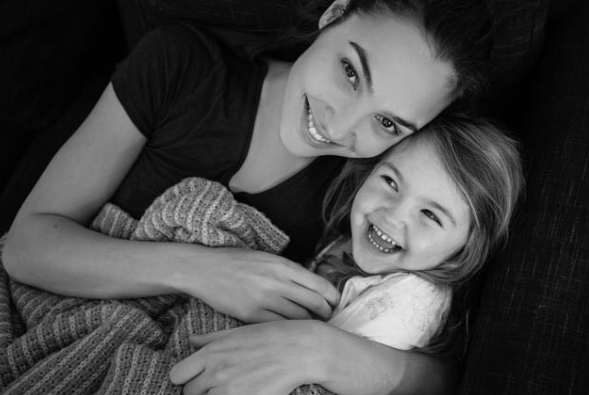 “Wonder Woman” has been hailed as groundbreaking for its depiction of a powerful female superhero—but the lead actress’ daughter remains to be impressed.

On “The Tonight Show”, Gal Gadot revealed that her own five-year-old isn’t a fan of hers, and would rather dress up as a zombie for Halloween than the Amazonian hero.

“She’s like the best thing ever to me… but whenever people talk to me about Wonder Woman, she completely takes the conversation.

“She’s like, ‘Listen, we’ve been to London. It’s been amazing. I was working on set too, but I was four—three, four—so I didn’t do all the takes. It was cold… I didn’t want to do it because I didn’t wanna be famous,’” said Gadot in an imitation of her eldest daughter Alma, who played an extra as a “poor girl” in the movie.

“‘But honestly, every woman is a Wonder Woman… My mom is just the biggest one because she does the movie,’” Gadot continued, adding that Alma could keep talking “on and on” about Wonder Woman.

Before the movie was released and became a worldwide hit, Gadot shared on “Jimmy Kimmel Live” in 2016 that Alma would tell parents she would meet, “‘My mom is Wonder Woman.’”

“And then the parent would look at me strangely, not recognizing me, and I would go, ‘Every mother is a wonder woman,’” Gadot said of the awkward encounters.

“My mother was more like [Batman villain] The Joker,” Kimmel quipped.

Gadot and her husband Jaron Varsano, who welcomed a second child, Maya, this year, are all about leading by example anyway. In a Glamour interview last year, the Israeli actress discussed her concerns on being a mother and pursuing her career.

“When Alma was around two, I was really anxious about how to travel with a child, moving her from one country to the other, all the different languages,” she said. “It was my husband who told me: ‘Gal, think about what kind of a role model you want to be. If you want to show Alma that she can follow her dreams, that’s what you should do, and we will figure out the logistics.’” Niña V. Guno/JB