What you should know about Gal Gadot, and why she’s perfect as 'Wonder Woman' | Inquirer Entertainment
Close
menu
search 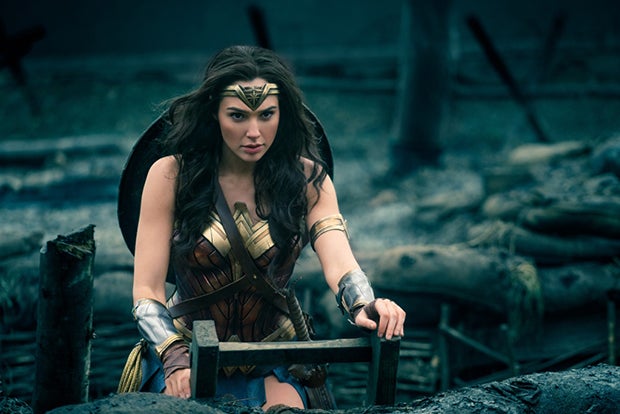 The “Wonder Woman” film just premiered this weekend, with rave reviews ahead of its release.

Its success has been credited to director Patty Jenkins—the first woman to direct a $100 million film—and of course, Wonder Woman herself, reprised by Israeli actress and former beauty queen Gal Gadot.

The choice of Gadot as the Amazonian princess was controversial: fans complained that she was too skinny and too flat-chested for the iconic superhero. Brushing these comments off, the actress proved through her commitment to the role that she is truly the superhero the world doesn’t deserve.

Read on for some fun facts on the strong and stunning Gal Gadot, and why she is the perfect Wonder Woman:

She was in the Israeli army.

Military service is required of Israeli citizens, and Gadot paid her dues for two years. She immersed herself so well that according to Fashion magazine, she used her combat skills and expertise with weapons to train sergeants and high-ranking commanders. It also helped her in action movie roles later on.

But like Wonder Woman, she doesn’t want war: “One day I hope we have peace in the Middle East and everyone is able to live together in harmony.”

She purposely bombed her chances at becoming Miss Universe.

She didn’t expect to win as Miss Israel, and she felt scared of the responsibility it entailed.

“I’m a really good girl, but because I was afraid I’m going to win again… So I came down late for rehearsals, I wasn’t wearing the right evening gowns for breakfast,” Gadot shared with W Magazine. In the question-and-answer portion, she even lied about her English proficiency “because I didn’t want to have anything to do with [being Miss Universe].”

She went on a blind audition for Wonder Woman and only found out about the role after. 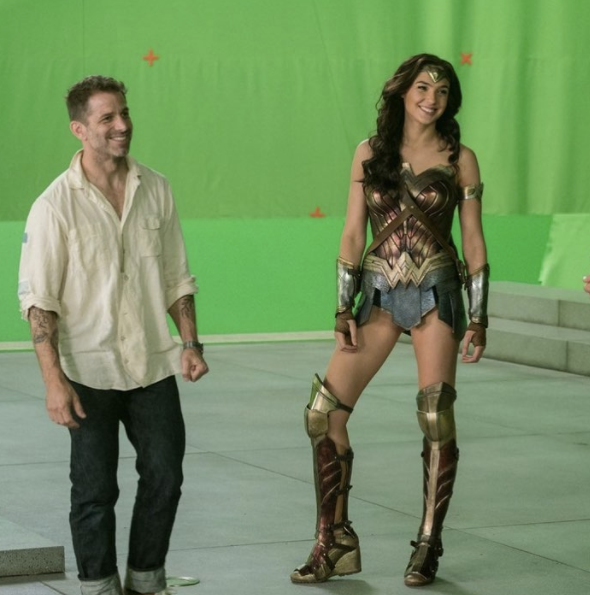 Zack Snyder had called her in for a “secret role,” and she listened to Beyoncé to ease her nerves. “When I auditioned for Batman v Superman, I didn’t know it was for Wonder Woman,” Gadot revealed to W. There were about seven other girls and a long wait made her anxious. “I decided to put on Beyoncé. Who runs the world? Girls! I just started to dance, and I let my anxiety go. Thank you, Beyoncé!”

The role also came at a point when she nearly gave up on acting after several rejections. It was only after a second camera test that she was told about the role, and she thought “it’s not mine, f*ck it.” After several weeks, she found out the role was hers and couldn’t tell anyone about it.

She prepared hard for the role. 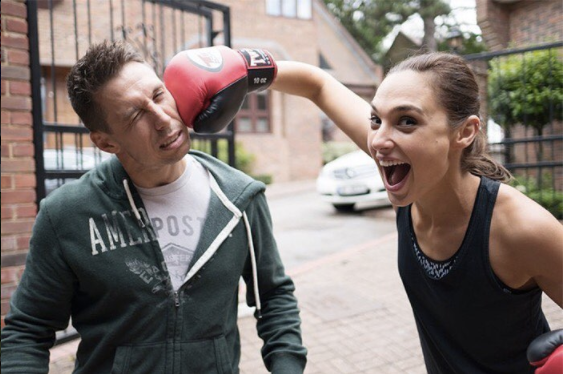 The 32-year-old has both a personal trainer and another one for her “Wonder Woman” training. Six months prior to the film, she would do two hours of gym work, two hours of martial arts, and 90 minutes of horseback riding. She also regularly does Pilates, paddle boarding, TRX and yoga.

“It was exhausting! I feel so much responsibility for this character that’s so iconic. And when you portray power and strength on screen, you just can’t fake it. You have to be prepared. I was miserable when I was prepping, but it was totally worth it,” she told Star2.com.

She was pregnant while filming.

Gadot was five months pregnant with her second child during reshoots. To hide the baby bump, the special effects team covered part of her costume with a green triangle so they could edit over it afterward. While the crew made sure her stunts were not too physically tasking, she still did fight choreography and braved the cold weather.

She wants Wonder Woman to be someone both girls and boys can look up to. 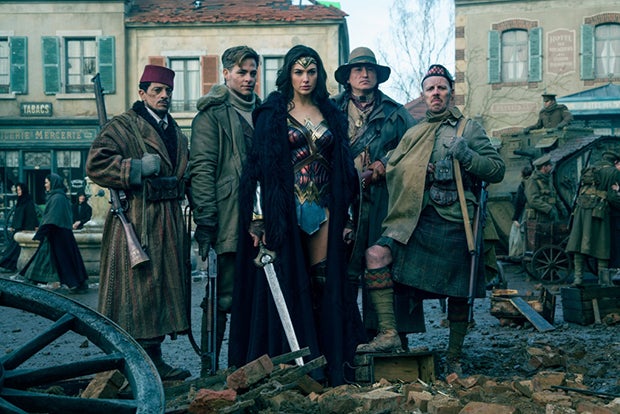 “Men and boys had Superman, Spider-Man to look up to. (Girls) didn’t really have strong figure to look up to. Now, finally, we have,” she said to Star2.com.

“But [Wonder Woman] is not only for girls but for boys as well. Everyone keeps talking about women empowerment and you can’t empower women without educating men,” she added. “You need to be inclusive. Being a mother of two, I am thrilled. I hope there will be more and more strong female figures (in films).”