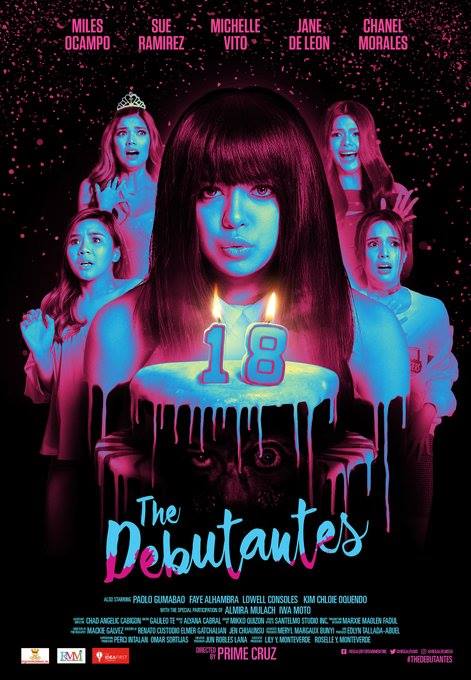 It’s only a few weeks until the Halloween sets in and horror movies will conquer the box office once more.

After decades of notable films in the horror genre, Regal Films is at it again with another hair-raising offering, “The Debutantes”.

Starring Sue Ramirez, Miles Ocampo, Michelle Vito, Jane De Leon and Chanel Morales, the movie is about a naive and mysterious girl named Kate (played by Sue Ramirez) who wants to fit into the ruling girl group in campus. Find out how deaths in the story connect as each girl welcomes her 18th birthday.

Also, “The Debutantes” is another must-watch for fans of director Prime Cruz’s work, who also helmed “Can We Still Be Friends”, “Sleepless” and “Ang Mananaggal sa Unit 23B” which was an official entry at the recently concluded Pista ng Pelikulang Pilipino.

“The Debutantes” is now showing in cinemas nationwide. JB