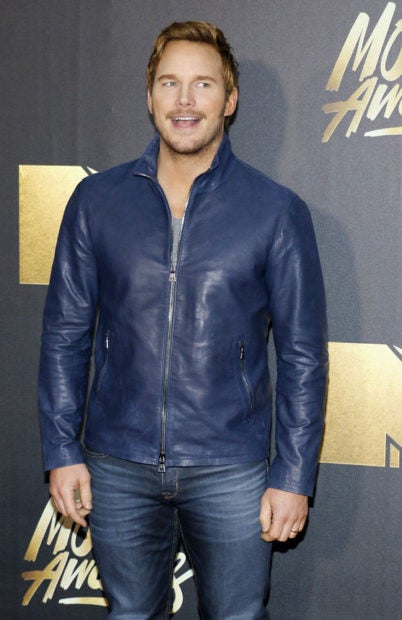 Even with Hollywood stardom, Chris Pratt, just like all of us, takes online quizzes to learn more about himself in less than five minutes.

However, the results of a quiz called “Are you Chris, Chris, Chris or Chris?” left the “Guardians of the Galaxy” star disappointed.

The Oh My Disney quiz determines if you are Chris Pratt, Pine, Evans or Hemsworth through 10 questions like “What’s your birth order?” and “What Disney princess would you want to befriend?”

“Dude I suck at quizzes,” wrote Pratt when his result was shown by fellow Marvel co-star Chris Evans.

Dude I suck at quizzes pic.twitter.com/9n2P2ayIH8

“Here’s the good news: You’re Chris Evans! The bad news…who are we kidding, there is no bad news!” the result reads.

Certainly it is good news, as Evans responded, “You aced it.”

What do you mean? You aced it. https://t.co/wWPPUgaKwK

While both Chrises star in separate Marvel movies, they will appear together in “Avengers: Infinity War.”

The Oh My Disney team admitted on their site that they will need to “recalculate” their “very scientific and heavily researched quiz.”

It’s understandable that the computer algorithm could get confused. In May, Chris Pine opened “Saturday Night Live” with a song number confirming that audiences tend to confuse the four blond, white and buff men who have all starred in action movies. “As many of you know, I have a movie coming out this weekend. It’s called ‘Guardians of the Galaxy,’” he began, drawing audience cheers.

“See, you see, I knew that was going to happen. I’m not in Guardians of the Galaxy. That is Chris Pratt. I am Chris Pine.”

To clarify, Pine starred in “Wonder Woman” as Steve Trevor, and not Steve Rogers, who is Chris Evans’ Captain America.

Read Next
LISTEN: Unreleased Beatles demo up for auction on eBay
EDITORS' PICK
Unleash the photographer in you this World Photography Day with vivo smartphones
Look Through: The fate of impounded stray dogs
DOH says COVID-19 cases plateauing, but public shouldn’t be ‘complacent’
What to watch out for when selecting a video surveillance solution
23,000 cops to be deployed nationwide for school reopening
House energy committee chair Arroyo bats for cheap electricity
MOST READ
Sharon Cuneta asks for prayers for friend in ICU who suffered silent stroke
Light therapy could be the answer to your sleep problems
Korina Sanchez reunites with former ABS-CBN co-anchors Julius Babao, Cheryl Cosim
PBA: San Miguel ousts Meralco to arrange finals duel vs TNT
Follow @NGunoINQ on Twitter
Don't miss out on the latest news and information.