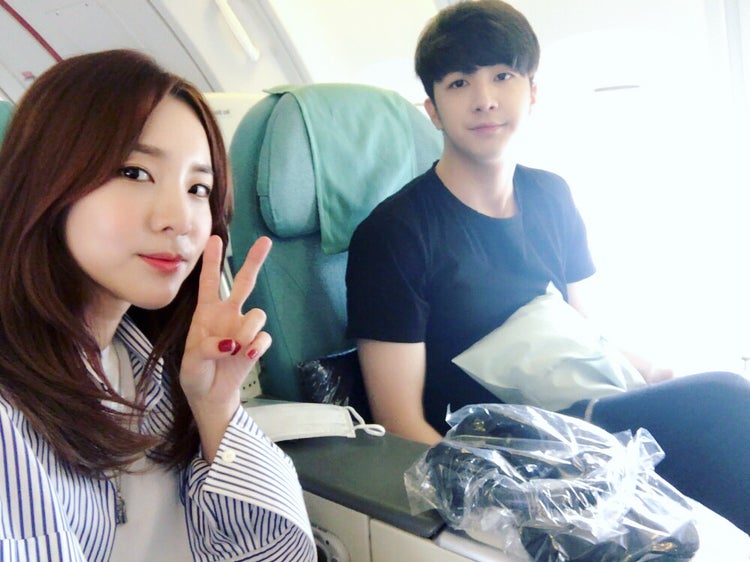 She announced the visit through an Instagram post, which showed herself and Thunder sitting inside a plane. Sandara wrote on the caption, “Came back to Manila with Thunder after 10yrs mabuhay!!!” 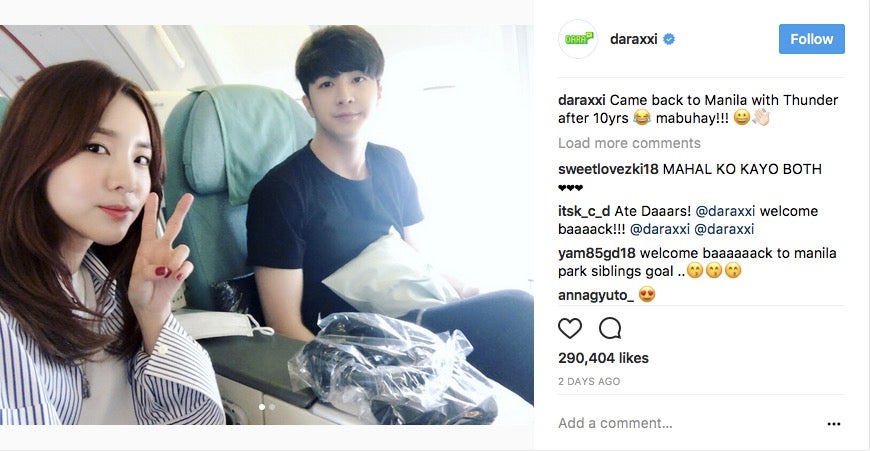 The siblings flew to Puerto Princesa, Palawan for an episode shoot of the Korean variety show “One Night Food Trip”. 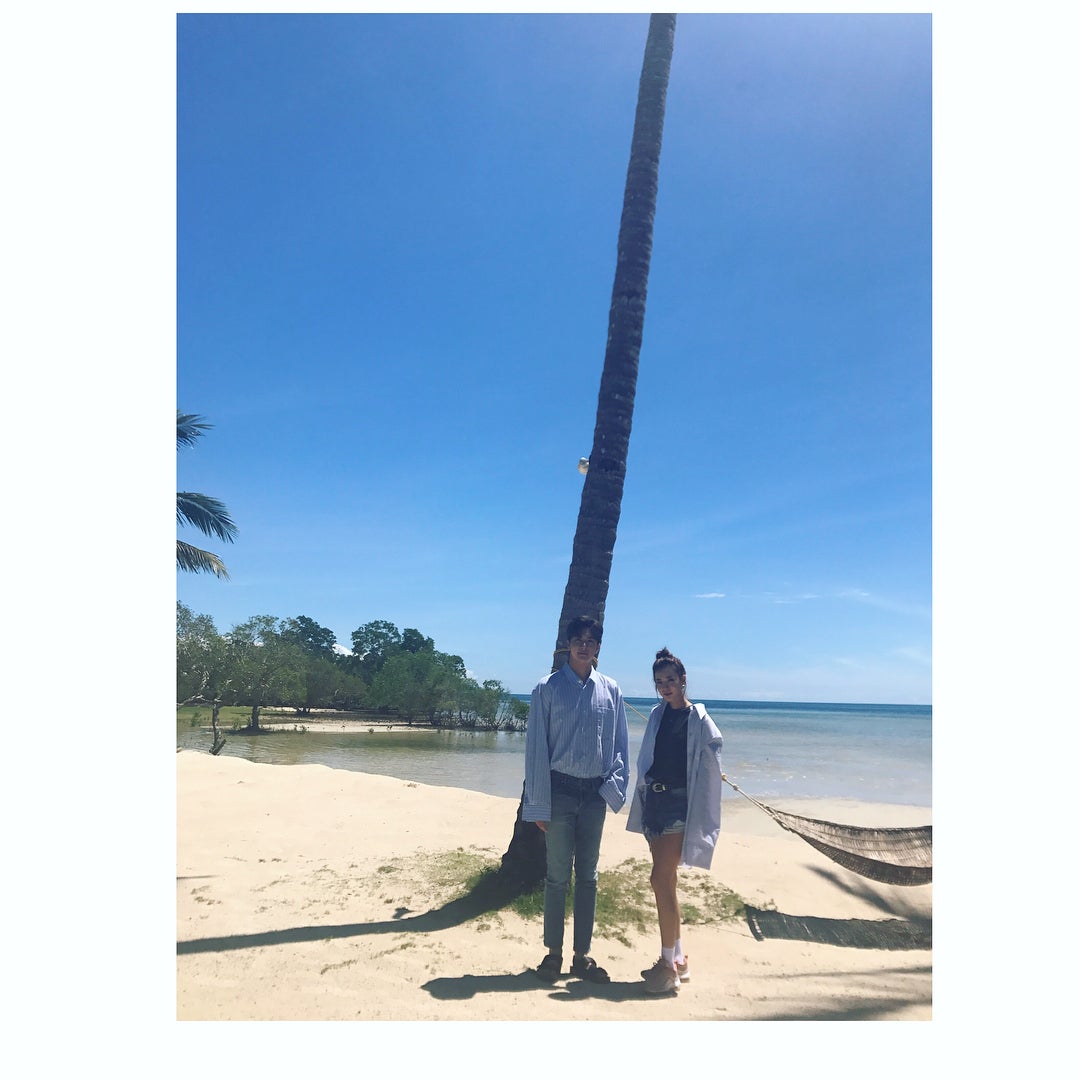 They also managed to tour the area, snap some photos and have a little fun. 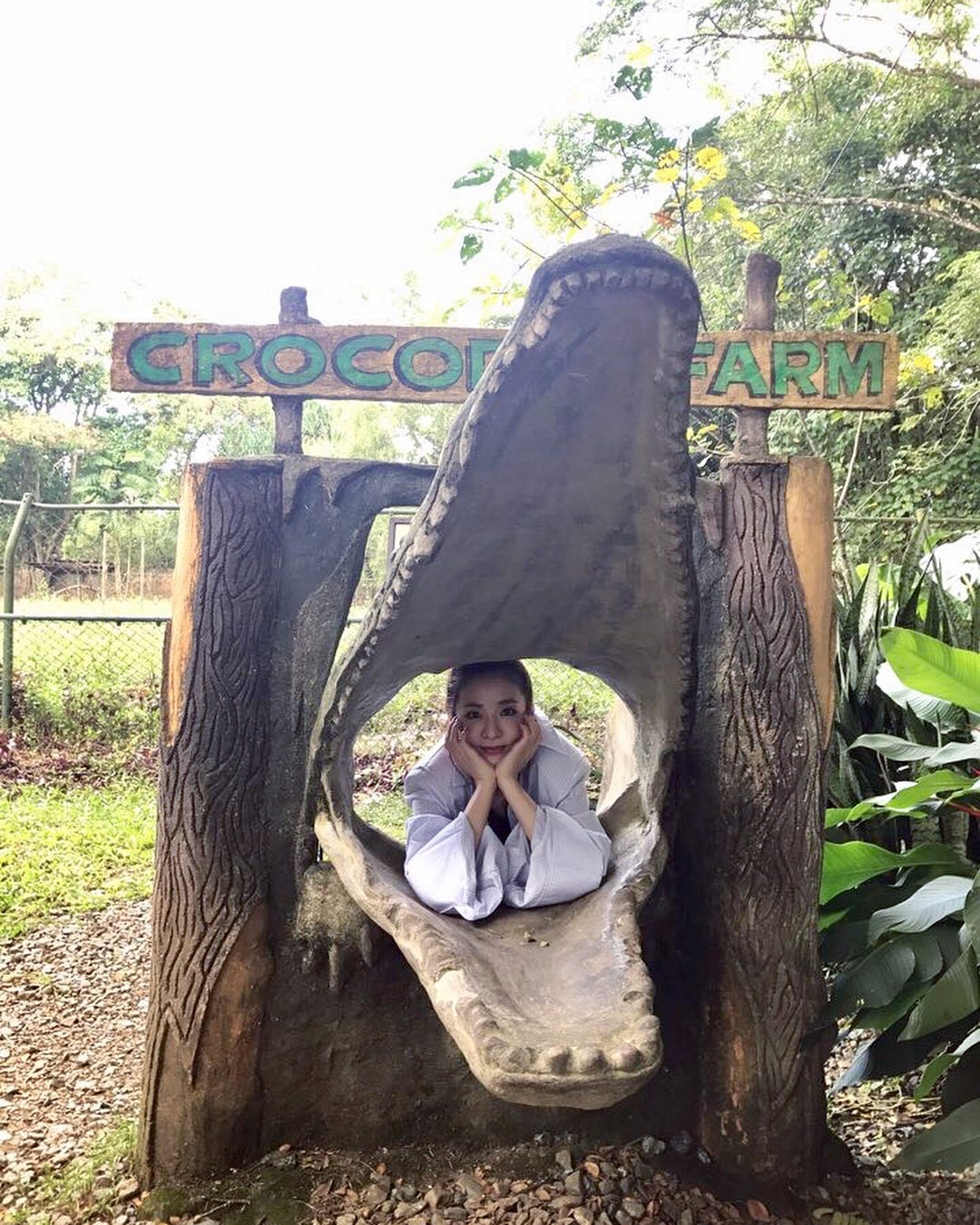 Sandara goofing off with her lapel mic in an attempt to start a new trend. 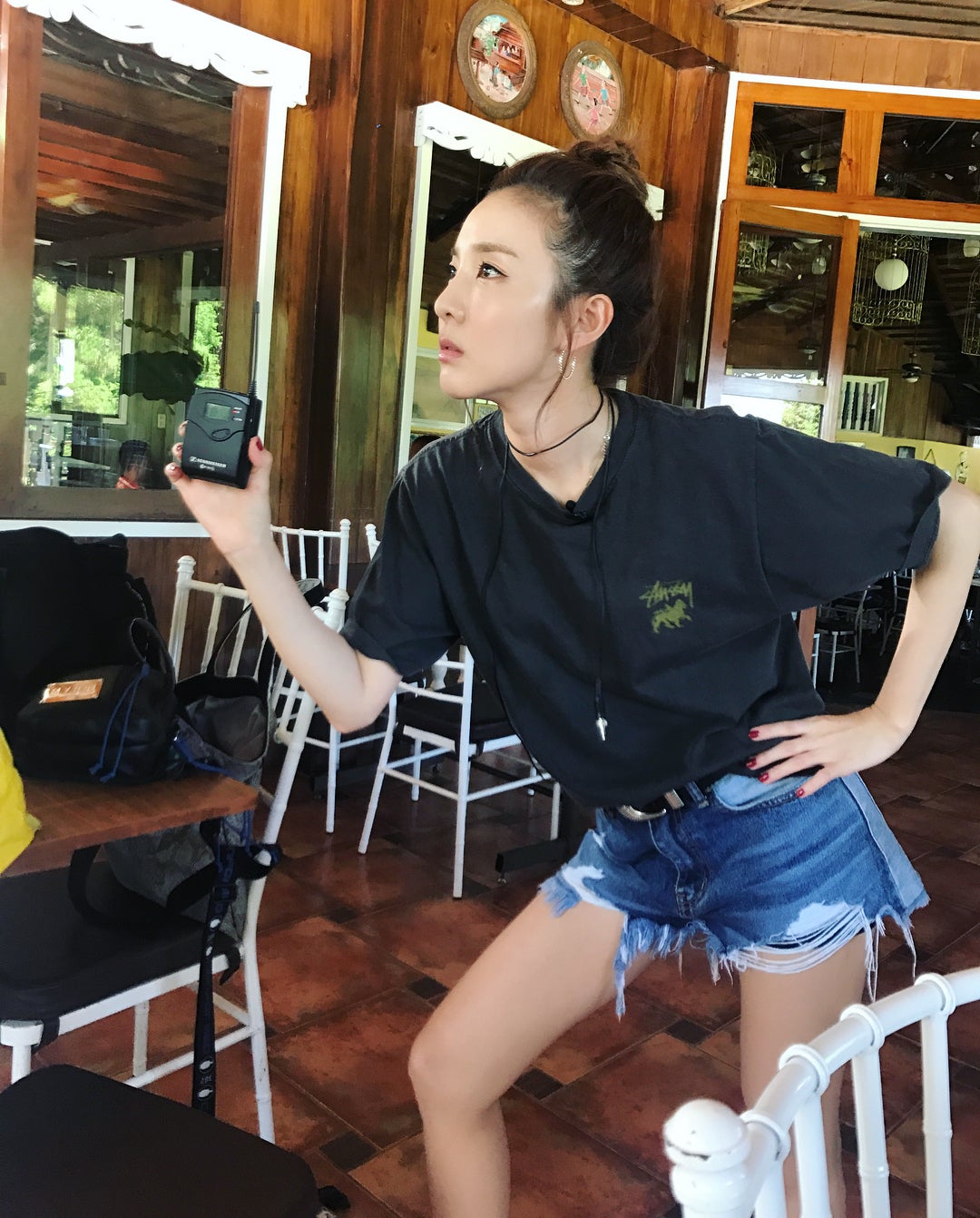 The K-pop stars later flew back to Manila after their time in Puerto Princesa, possibly to continue filming. 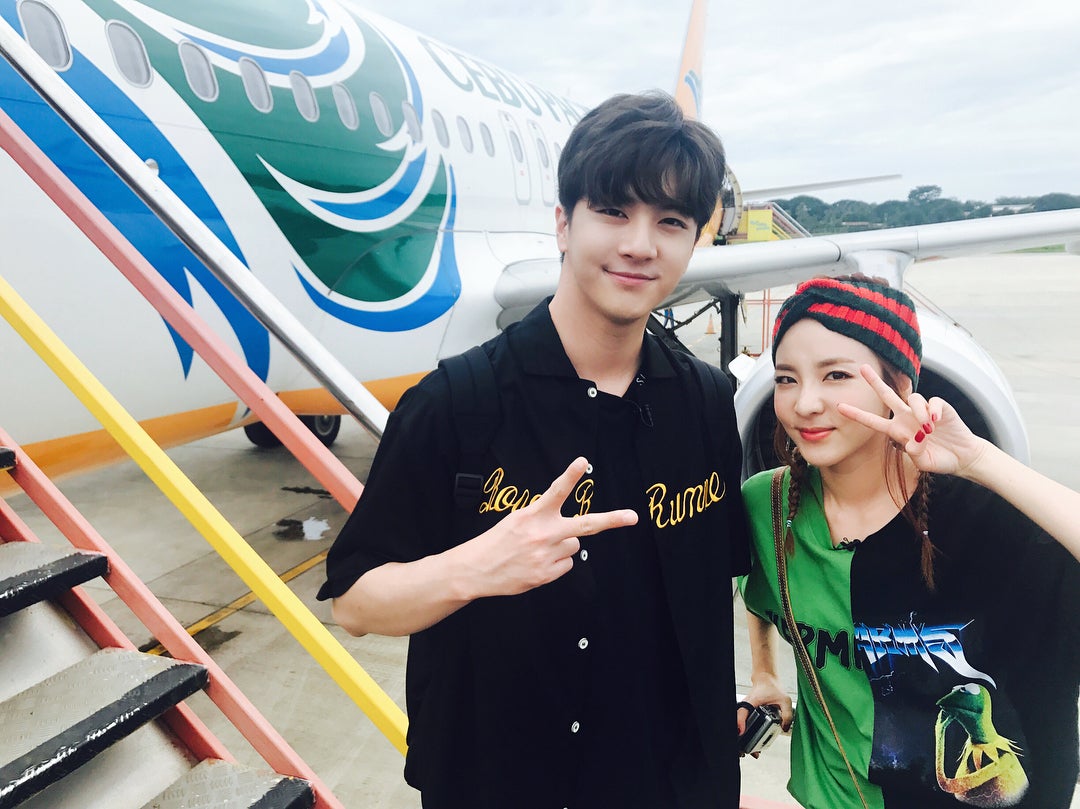 Here are the two during a shoot in a branch of The Aristocrat restaurant. 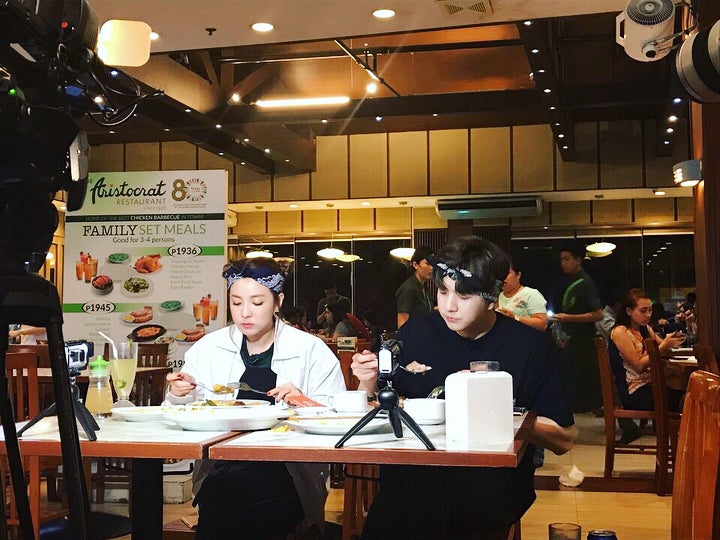 While shopping at a drugstore in Mall of Asia, Sandara spotted the shelf of a shampoo brand with a promotional photo of herself. Of course, the silly K-pop star had to pose next to it. 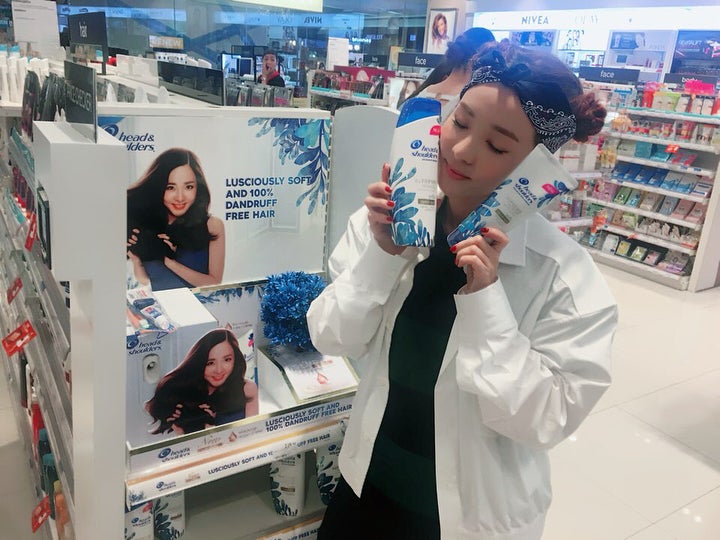 “Last night, while shopping at watsons Dara.. is that u?!” Image: Instagram/@daraxxi

Sandara last visited the country during G-Dragon’s Manila concert, earlier this month. She performed on stage with G-Dragon as a guest and later congratulated him on IG for a successful show. JB

Sandara Park opens up about ‘painful’ breakup with ex-BF