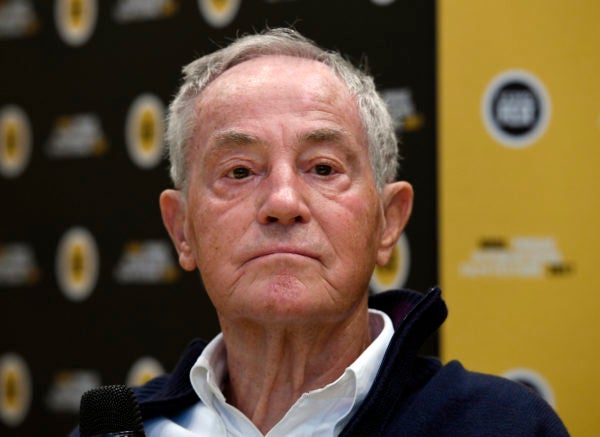 In this March 24, 2017, file photo, Czech actor Jan Triska attends a press conference during Febio film festival in Prague, Czech Republic. Jan Triska, a Czech born actor who moved to the United States after banning by the Czechoslovak Communist regime has died at age 80. AP

Czech-American actor Jan Triska has died at the age of 80 after falling off Prague’s historic Charles Bridge, Czech media reported on Monday.

Triska fell off the bridge on Saturday and was rescued from the Vltava river by two tourists on a boat but died in hospital on Sunday, according to the website of the DNES daily.

Czech firefighters said he had jumped while emergency services said the fall was accidental.

Triska, who played the sniper who shot Larry Flynt in compatriot Milos Forman’s 1996 “The People vs Larry Flynt”, and the Russian gunman in John Frankenheimer’s “Ronin” in 1998, was born in the former Czechoslovakia in 1936.

A close friend of former Czech anti-Communist dissident and later president Vaclav Havel, the popular actor emigrated from Communist Czechoslovakia to the United States in 1977.

His films were then banned from local cinemas and TV screens until the fall of communism in 1989.

Besides his Hollywood roles, Triska starred in several Czech films after 1989, including the Oscar-nominated “The Elementary School” in 1991.