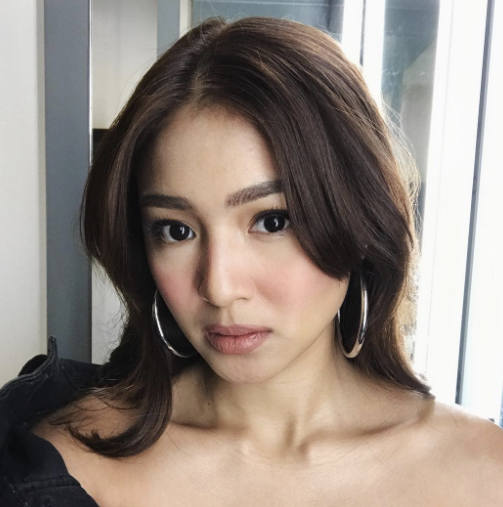 Nadine Lustre revealed that she has been diagnosed with dengue.

On her Instagram story, the actress wrote that she had been “really sick” after she went on a hike with boyfriend James Reid and friends earlier this September. The group trekked to Mt. Ulap in Itogon, Benguet. 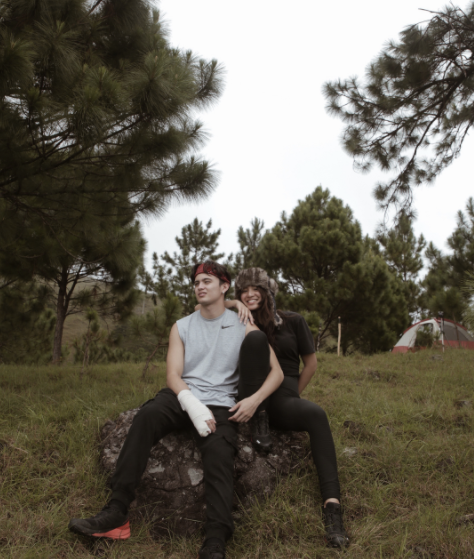 She stated that she had been experiencing “on and off fever, weakness, bruising, cold” and presumed it was just “off season for me.”

The 23-year-old had still been appearing for hosting duties in “It’s Showtime” the past weeks.

After “two weeks of ignoring it” she went for a check-up, and discovered that she had dengue. 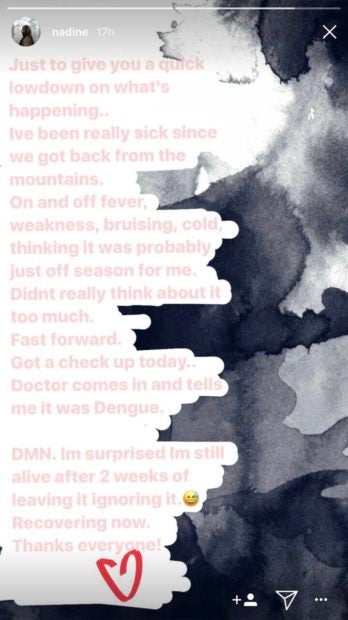 She also shared a photo of her in sweatpants and Yeezys while confined at the hospital. 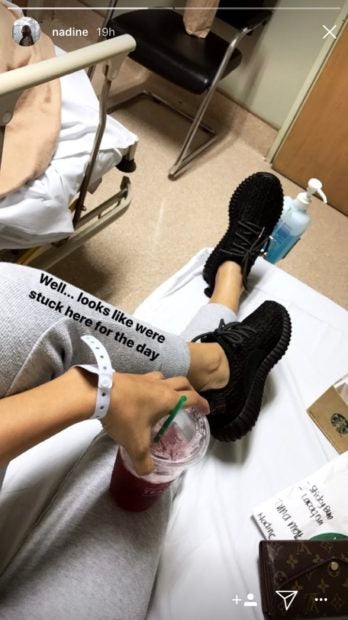 Nadine Lustre on rumors of living in with James Reid: ‘So what?’