Nadine Lustre on rumors of living in with James Reid: ‘So what?’ | Inquirer Entertainment
Close
menu
search

Nadine Lustre on rumors of living in with James Reid: ‘So what?’ 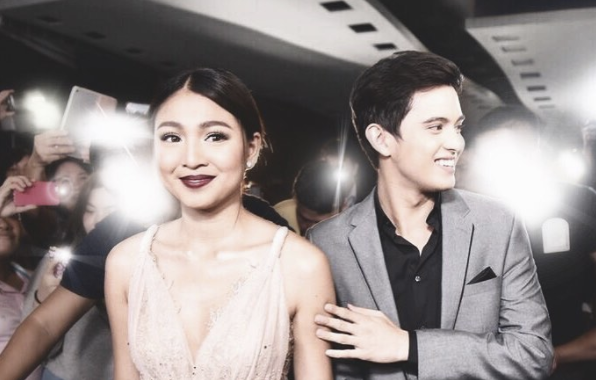 When Nadine Lustre was asked if she was living in with on-screen love team partner and boyfriend James Reid, she gave her thoughts on the question.

The 23-year-old actress also said she knew of younger couples who were living in together.

But she still didn’t reveal the truth to the rumors. “I’m not gonna confirm, I’m not gonna deny. But then, ano naman (so what)?”

She also said that the rumor has been talked about “so many times” and that James, 24, was more cool with these types of questions: “I’m actually jealous of him kasi ‘pag siya may ganyan, siya yung ‘bahala kayo diyan’.

“Let’s all be open-minded. That’s what we need right now,” she said.

The JaDine love team catapulted to fame with the 2015 teleserye “On the Wings of Love”. The couple announced that they were officially together last February 2016 at a concert in Araneta Coliseum. They celebrated their first anniversary this year in Japan. Niña V. Guno/JB

Read Next
LOOK: Drivers of Grab, Uber give celebrities a ride and in return get selfies
EDITORS' PICK
Pandemic prognosis: Where does it go from here?
Legarda: Ending Violence Against Women, a cause for all
Smart offers wireless fiber-like speeds to Filipino homes with country’s first 5G Prepaid Home WiFi
This new condo in the South will make you want to turn a new leaf
Google won’t accept election ads for 2022 national polls
House OKs bill allowing married women to retain maiden surname
MOST READ
Bongbong Marcos to face another disqualification case
Christine Bersola, Julius Babao cleared of cancer after colonoscopy, endoscopy
Former PM Abe says Japan, US could not stand by if China attacked Taiwan
Tropical storm intensifies as it approaches PAR
Don't miss out on the latest news and information.