Ruffa to John Lloyd: I’m offering you my prayers 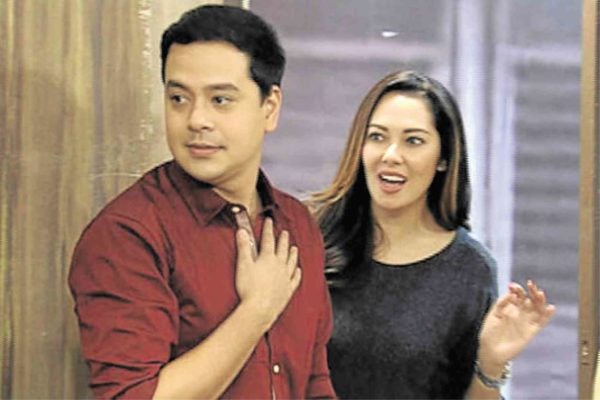 If that happened to me, the person who posted the video without permission would’ve been dead by now,” declared actress and former beauty queen Ruffa Gutierrez.

The Inquirer recently sought the actress’ reaction to the videos of her former beau, actor John Lloyd Cruz, that has been circulating on the internet since early September.

The videos and photos posted on Instagram featured a seemingly drunk John Lloyd singing and dancing wildly while goofing around with his “Home Sweetie Home” costar Ellen Adarna and her friends during a trip to Bantayan Island in Cebu.

The video and photos posted by Ellen’s friend on Instagram Stories had expired after 24 hours, but netizens were quick to repost them. John Lloyd has since apologized to his fans for the posts, saying that the experience was “very humbling.”

Ruffa said she sent John Lloyd a text message shortly after the videos went viral. “I told him, ‘I’m offering you my prayers. Whatever you’re going through right now, I hope you will be able to get past it.’ He sent back a message to say, ‘I really appreciate you checking up on me.’”

Ruffa pointed out that she and John Lloyd had managed to maintain a good relationship. “We don’t hang out, but we’re friends. This industry is quite small. Whatever things we’ve been through in the past, we were able to fix them.”

Asked what lesson she thought could be learned from the experience, Ruffa said: “I don’t want to give him advice because he is old enough to know what he is doing. If he approves of that, then that’s his thing. It’s just that I’m very particular of whom I’m with. I surround myself with positive people, those who will protect me and not put me in a bad light. It takes time to build a career, and it’s sad to see it destroyed just like that.”

The actress, however, clarified that she was speaking not just of the incident involving John Lloyd, but also the social media experience in general. “If you want to have a good time, you better tell everyone…to hide their cell phones,” she pointed out. “I’m thankful that back in the day when I was still going out, cell phones still weren’t a thing. I was able to have fun without the public knowing my every move. Now, we have to be doubly careful.”

The actress said she often monitored her two daughters’ use of gadgets. “I also check who they follow on Instagram or who they’re [friends] with. I tell them to stop following certain people and explain why. I tell them that even their lola (Annabelle Rama) gets indecent proposals sent to her accounts. I don’t want them to be too sheltered that they remain clueless of what’s going on out there.”

The mom of Lorin, 14, and Venice, 13, added: “They always ask, ‘How come my friends were able to post these?’ I say, ‘Your friends probably have only three followers. Nobody will care if they’re in bikinis. You don’t want to post something now that you might regret in the future, especially if you decide to have a show biz career.’ Before, I only posed in a bikini for an endorsement.”

Ruffa admitted that raising two kids on her own was tough, because she needed “to be strict to them, but at the same time understand them. It’s really challenging to be a single parent.”

She said she had stopped asking help from the girls’ father, Turkish businessman Yilmaz Bektas. “Our talks often don’t end up well. I don’t want to stress myself anymore. I’m thankful that projects come my way steadily, that I am able to send them to the best international school in the country,” she declared. “I’m also lucky that I have my family. Before I think of borrowing money from him for our daughters, I’d first ask from my mom or Chard (Richard Gutierrez, actor and younger brother).”

Last week, Ruffa signed a talent management contract with Arnold Vegafria, because “we trust him. It will be a collaboration between him and my mom.”