‘Bull’ star recalls how Dr. Phil helped Oprah get through a tight fix 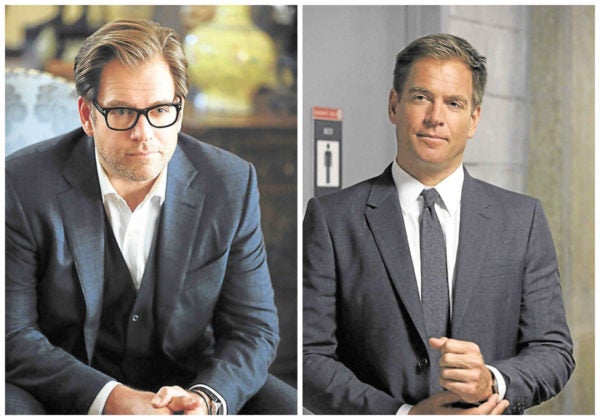 AMSTERDAM, THE NETHERLANDS—Michael Weatherly came prepared for our recent interview with him at the sprawling CBS EMEA headquarters in picture-perfect Amsterdam. “Nice to see you,” the dashing 49-year-old lead star of “Bull” beamed at us as he put a banana on the table in front of him.

“I brought my banana with me … for energy,” he added with a catchy grin. “That’s how you know I’m being serious.”

Michael’s wit quickly broke the ice for us. But, the handsome actor was doing fine even without his fruit—yup, Michael, previously known for playing field agent Tony DiNozzo in the crime series “NCIS,” was so “accessible” as an interviewee that he had us at “nice to see you.”

And it was nice to see the actor exchanging pleasantries with fellow CBS stars, Lucas Till (“MacGyver”) and Robert Patrick (“Scorpion”) who, at some point, dropped by our room to say hello. (Kyle MacLachlan of the “Twin Peaks” reboot, Malin Akerman of “Billions” and Wilmer Valderrama of “NCIS” were also in the premises at the time.)

In fact, when Michael caught us taking a selfie outside the Apollo House after the interview just as he was about to get inside his chauffeur-driven limousine, he stayed long enough to convince us to attend the cocktail party scheduled later in the day, because “there’s going to be a lot of great food.”

But, more than the scrumptious gastronomic Dutch treats awaiting us, we were just as intrigued about “Bull”—which begins its second season on RTL CBS Entertainment (channel 53 on SkyCable) on Sept. 27 at 9 p.m.—and the brash but brilliant courtroom psychologist the actor convincingly portrays in the legal drama series.

Unlike many police procedurals and legal dramas, however, “Bull” isn’t just a figment of its scriptwriters’ healthy imagination and creativity—it’s based on the early days of talk-show host Dr. Phil McGraw’s career as a trial consultant. And you can’t discuss Dr. Phil’s career without talking about the influential woman responsible for his eventual rise to TV stardom—Oprah Winfrey.

To refresh your memory: In 1998, Oprah found herself in a tight fix—and in the middle of what became known as the Amarillo, Texas beef trial—soon after she and her guest, animal rights activist Howard Lyman, discussed beef in relation to mad cow disease.

Our Q&A with Michael:

What was your first impression of the man whose career this show is based on? Dr. Phil McGraw is fascinating, because he cuts to the quick of a situation and speaks truth to power. In giant trials, you’ll meet people who will try to curry favor with huge clients, some of them as prominent as, say, Oprah Winfrey, whom Dr. Phil represented in a controversial case about 20 years ago.

Dr. Phil was brought in because, initially, the trial was not going Oprah’s way. He applied his expertise in trial analytics and told her, “You’re right, science backs you up and everything you said about your case is defensible and correct. But, this jury is going to find you guilty, because its members don’t care about the facts!”

The plaintiffs, who were from the beef industry, didn’t appreciate being told that the whole industry had systemic problems, because that would affect their livelihood in a negative way.

So, rather than “defend” what they insisted were facts, Oprah’s team changed tack and argued instead about the first amendment and the freedom of speech. They said, “Do you want to wake up in a country where you can’t say your opinion about something? Because if you think Oprah doesn’t have the right to say what she feels, then you’re putting a muzzle on her.”

Oprah was shocked to learn about how she was perceived by those people. Phil told her, “The jury isn’t accusing you of anything. Treat them as you would your studio audience—buy each of them a car (laughs)! So, it was interesting to see Oprah arguing with the jury one day, and thanking them for their time the next. That’s pure “Bull”! Thereafter, she started asking Dr. Phil to appear in her shows—and that was what hooked me on Dr. Phil.

Which TV characters inspired you to play Bull? One of them is “Mad Men’s” Don Draper, who’s a bit of a cipher and a persuasive storyteller. Bull has to convince whoever hires him about the best strategy to get a jury to find a client “not” guilty.

Then, there’s Hugh Laurie (of “House”), an iconoclastic, out-of-the-box thinker who gets the job done despite being irascible and difficult to work with. I don’t know Hugh and Jon personally, but I assume there are elements of their own personalities that are at play in the characters they effectively portray.

Weren’t you concerned that your fans would feel uncomfortable about the shift from “NCIS” to “Bull”? When the show was first launched in September, it was a valid concern that Dr. Bull was quite a departure from how I portrayed Tony DiNozzo—especially because, in the United States, “Bull” was shown right after “NCIS.”

The thing that I made myself feel better about was that, when I was a kid, I’d go to the movies and Harrison Ford would be Han Solo in one movie (“Star Wars: The Empire Strikes Back”) and he’d be Indiana Jones in another (“Raiders of the Lost Ark”). As a 13-year-old, I didn’t seem to have any problem with that. So, I figured that that would hopefully be the reaction of the audience.

But, the jump from DiNozzo to Bull was fairly easy, because Bull is more like me at home as an adult, while DiNozzo was a lot like me when I was in high school—he was fun to “play” with, but exhausting. And DiNozzo is certainly not someone my wife would have wanted to marry (laughs). She likes the fact that I’m playing a doctor now, because she is a doctor.

So, in real life, we’re Mr. and Dr. Weatherly—at first blush, we sound like a gay couple (laughs). Now that I’m Dr. Bull, I think inherent in the name is a little bit of a wink about what it is that he’s up to.

He is a shaman and a showman. He’s somebody who sprinkles a little fairy dust on the facts and makes them sparkle. He’s the kind of storyteller I felt I understood right off the bat.

Are your grudging collaborations with legal fixer JP Nunnelly (Eliza Dushku) a reflection of how you interact with women in general? Bull’s problem with women is a trait he shares with DiNozzo. In my case, I’ve been with my wife for 10 years now, so I think I have somehow figured out women ahead of the characters I play (laughs).

But, certainly, for a very long period of my life, I had a complicated relationship with women. I went to all-boys schools until I was 15, after which my parents divorced. When I was a kid, one of my sisters was kicked out of our house and sent away to [boarding] school because of behavioral problems.

Bull sees women as powerful beings, but he refuses to give up any square inch of his power. So, to him, it’s like an Israeli-Palestinian thing (laughs). On the other hand, it was a problem for DiNozzo, because he was an infant emotionally. He couldn’t connect to them and didn’t see women as peers. He’s like a little boy watching an Ingmar Bergman film—he just didn’t get them at all (laughs)!